There were certain players who set the Test arena ablaze with their jaw-dropping knocks in the year 2022.

Test cricket has been about batters showing their strength and resstance while weighing down bowling attacks with their spectacular defensive techniques. However, there have been some cricketers who have gone against this ideology and played fearless brand of cricket in the longest format of the game.

The year 2022 also witnessed some batters playing with freedom and taking the opposition’s bowling attack to the cleaners. But there were a few of them who took their batting to a whole new level and set the Test arena ablaze with their eye-popping knocks. 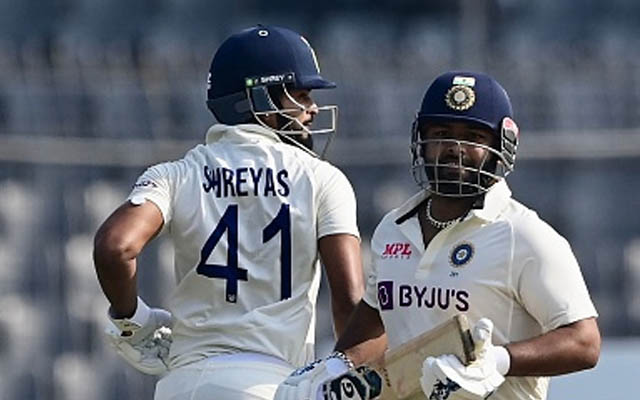 India locked horns with Bangladesh in the final game of the two-match Test series in December 2022 in Mirpur. The Bangla Tigers batted first and posted 227 runs on the board with Mominul Haque (84 runs off 157 balls) top scoring for the side.

India in response, were struggling at 72 for 3 with Taijul Islam wreaking havoc.  Then the Men in Blue lost Virat Kohli to make the situation worse. But Rishabh Pant was up for the challenge. He took the attack to the opposition right from the get-go and put the opposition under the pump. The southpaw smashed 93 runs off 104 balls to bring India back into the game. His super innings included seven fours and five sixes.

Shreyas Iyer was also prolific with the bat and scored 87 runs off 105 balls. Courtesy of half-centuries from the duo, India scored 314 runs in their first innings and took a lead of 87 runs. KL Rahul & co. ended up winning the game by three wickets.