Delhi Capitals stuttered at crucial junctures of the 2022 season and finished at the fifth position with seven wins in 14 games.

Delhi Capitals walked into the 15th edition of the Indian Premier League as one of the consistent teams having reached the playoffs in each of the last three seasons. They formed a great squad at the 2022 Mega Auction with most of the bases covered and would have hoped to end their title drought.

However, DC stuttered at crucial junctures of the competition and missed out on the playoff berth. They finished fifth with seven wins in 14 games. The think tank would have some tough calls to make as they bid to go all the way next season and one could see them releasing players who had not been able to fit into the franchise’s scheme of things. 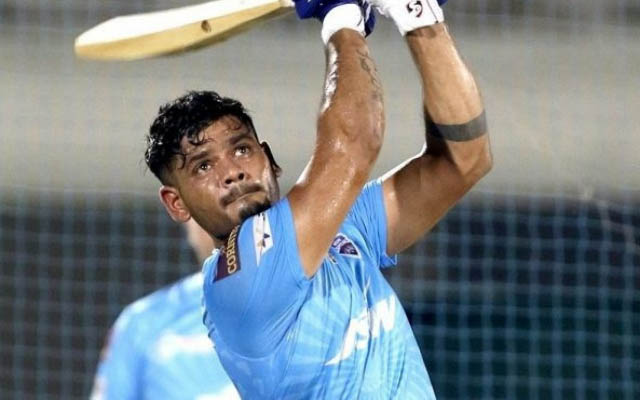 Ripal Patel was roped in by Delhi Capitals ahead of the 2021 season of the IPL and DC decided to pick him again at the 2022 Mega Auction. The batting all-rounder had smashed 299 runs in 19 T20 matches at a strike rate of over 150 (at the time of the auction) and walked into the lucrative tournament looking to make a mark on the big stage.

However, the Gujarat batter could only feature in two games for the Capitals and got a chance to bat just once. In that lone game, Ripal failed to make much impact with the bat and scored six runs. Further, he was not given an opportunity to showcase his skills with the ball.

The 27-year-old was dropped after two games and was not backed for a longer run. DC persisted with Lalit Yadav for a lower-middle order slot where the Delhi batter played a couple of crucial knocks for the side. Given how Ripal was managed, it does not seem the Delhi franchise looks at him as a future prospect and can release him in the forthcoming trading window.