Mumbai Indians were the wooden spoon holders in IPL 2022 with just four wins in 14 games. 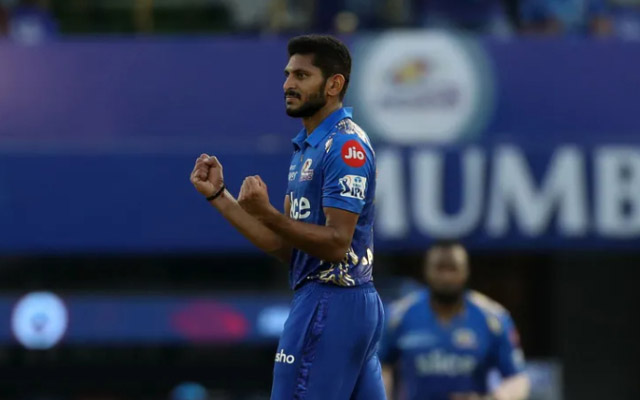 Basil Thampi has been a consistent performer in the domestic circuit. In the Syed Mushtaq Ali Trophy 2021-22 season as well, he dented opposition with regular wickets and picked eight wickets at an economy of 7.95 for Kerela.

Mumbai Indians picked the 29-year-old at this year's auction and gave him a consistent run at the starting phases of the tournament. However, Thampi was not able to impress with his bowling performances. In five matches, he took as many wickets and leaked runs at an economy of 9.50.

Thampi was dropped from the side after his ordinary outings and was not picked post that. The pacer not being given another run can be a clear indication that the Mumbai team have moved past the Kerela pacer. MI camp might look to trade the fast bowler at the forthcoming trading window.