BCCI announced India's squad for the white-ball tour of New Zealand on October 31.

The T20 World Cup 2022 will come to an end on November 13 and five days after the T20 extravaganza, India will be locking horns with New Zealand on the latter’s turf. The white-ball tour will kickstart with the T20Is and then the action will move towards the 50-over format on November 25.

Shikhar Dhawan will lead the Men in Blue in ODIs with Rohit Sharma, KL Rahul, and Virat Kohli being rested for the entire tour. The last time India toured New Zealand, they were clean-swept 3-0 in the 50-overs leg. This time too Dhawan & Co. will have a task cut out as they embrace the Kiwi challenge. Let us look at what starting XI the team management might decide to go with as they bid to win the ODI series on New Zealand soil.

Here is India’s predicted Playing XI for the ODI series against New Zealand: 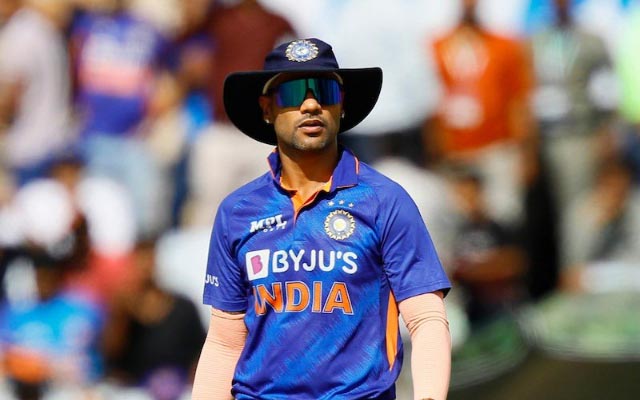 Dhawan has been the mainstay of the Indian batting lineup in the 50-over format for over a decade. The veteran batter has provided the Men in Blue with solid starts and has been quite outstanding in shepherding the innings.

The southpaw has featured in 161 ODIs and amassed 6672 runs at an excellent average of 45.08. Further, the 36-year-old has also played 11 ODIs on the New Zealand shores and has scored 373 runs at an average of 37.30. The wealth of experience Dhawan possesses will come in handy when India faces the fiery Kiwi bowling attack.

However, though the Delhi-born has been among the runs of late, his scoring rate has come under scrutiny. In this calendar year, Dhawan has scored 567 runs but at a low strike rate of 74.60. Come the New Zealand series, he would like to make amends and lead his side from the front.