There were certain players who lighted the T20 extravaganza with their blistering performances. 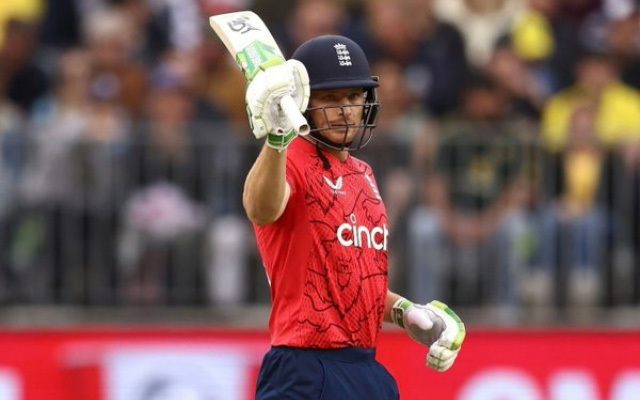 Jos Buttler is one of the best white-ball cricketers in world cricket at the moment. In the T20Is, he has been the linchpin of the batting lineup for over a decade. However, the England skipper did not have a great start to the T20 World Cup, scoring mere 18 runs in the first two games.

In a do-or-die game against New Zealand, Buttler rose to the occasion and showed why he is so highly rated in the T20 circuit. The 32-year-old thrashed bowlers all-round the park and scored 73 runs off 47 deliveries, which included seven fours and two sixes. He was again on song at the semi-final match against the Men in Blue and struck 80* runs in 49 balls to take his team across the line.

In the final showdown against the Men in Green, chasing 138, Buttler provided England with a quick start and scored a crucial 26 runs off 17 balls.  The 32-year-old ended up being the highest run-getter for the Three Lions scoring 225 runs in six games at a strike rate of 144.23.