The T20 extravaganza in Australia saw an even contest between bat and ball, and bowlers had their say more often than not. 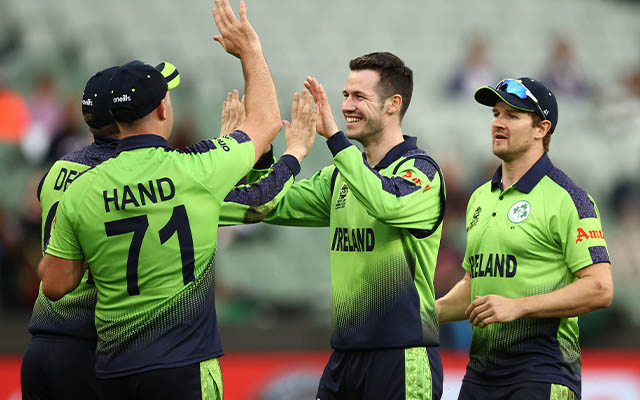 Ireland stormed into the super 12 stage courtesy of an impressive bowling performance against Nicholas Pooran & co. They restricted the power-packed West Indies side to 146, and chased it down easily with nine wickets in hand.

The Irish bowlers lacked venom in the encounter against Sri Lanka but were in their elements against the mighty England side. Defending 157 runs, Joshua Little (3-0-16-2) led Ireland’s charge with the ball and helped his team script an epic win by five runs (DLS method).

When Ireland faced Australia and New Zealand, there was individual brilliance on show from a few of Ireland's bowlers but the whole bowling unit did not click, resulting in their opponents scoring over 175 in both games.

Little was by far the best bowler for Andrew Balbirnie & co. picking up 11 wickets in seven games at an economy of 7.00, including a sensational hat-trick against the Black Caps. The left-arm pacer lacked support in the marquee tournament and was waging a lone battle on most occasions.