Morrisville Samp Army will mark their debut at the tournament

The third match of the Abu Dhabi T10 2022 league will take place between the Morrisville Samp Army and the Bangla Tigers as the latter get ready for their second match of the tournament in less than 24 hours of the completion of their campaign opener and curtain raiser against new entrants New York Strikers.

Morrisville Samp Army, another team marking its debut at the tournament, is led by England’s Moeen Ali but he is currently unavailable due to commitments to his national side. The Bangla Tigers are led by all-rounder Shakib al Hasan. Bangla Tigers lost their first game against New York Strikers and will be looking for redemption, but fatigue will play a role in their upcoming contest. Morrisville, on the other hand, have a powerful lineup and will be aiming for a big start.

Initially, the pitch will be supportive of the batters, but will wear out as the game progresses. Thus, teams are likely to chase in the game. The teams chasing at this venue have see positive results and thus, the captain winning toss would likely opt to field first.

The South African batter is in great touch in white-ball cricket, and the shorter format games are his area of expertise. He wreaks havoc while playing T20 or franchise cricket, and an explosive batting display will be expected from him this time.

Another Proteas player who has been in fine touch is pacer Anrich Nortje. Just like Miller, he has proved effective in white-ball cricket as well. Nortje will enter the game with the aim of providing his side with crucial breakthroughs while maintaining the line and length. 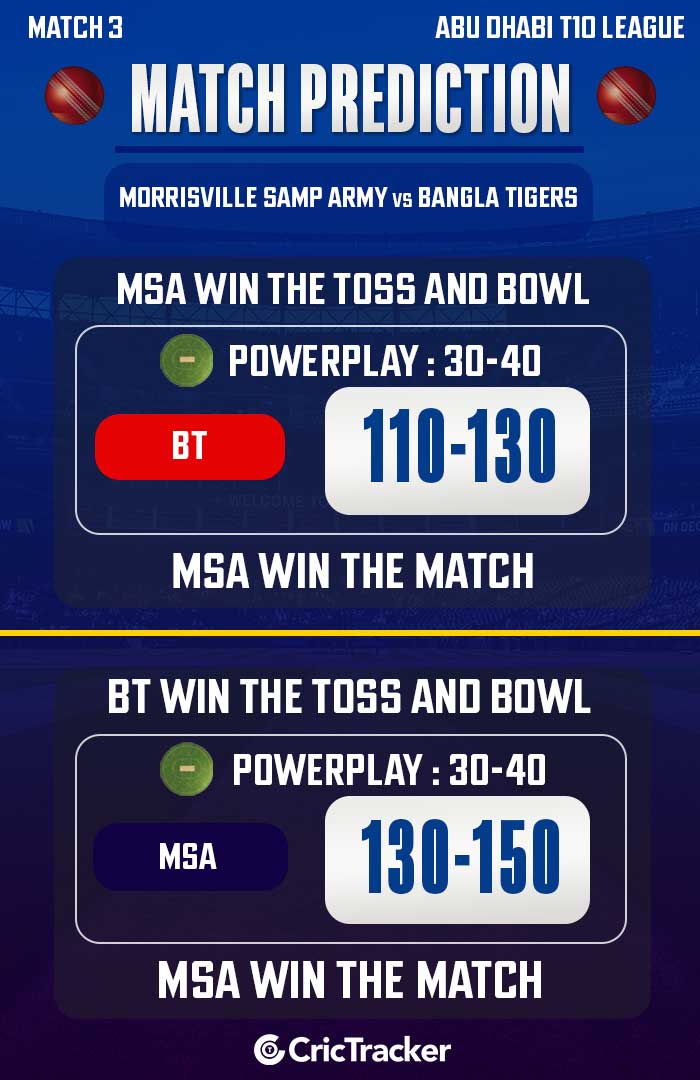