The two teams will look for those crucial two points to climb up the table.

Team Abu Dhabi and Morrisville Samp Army will face off in match 17 of the Abu Dhabi T10 League 2022 on November 29, Tuesday. Both sides have just four more matches to go before the elimination rounds commence on December 3, Saturday.

Morrisville Samp Army have started off their campaign with successive wins and are currently in the top three in the points table. On the other hand, Team Abu Dhabi are just hanging on to the fourth spot with a win, tie and a loss in their last three fixtures handing them just three points thus far.

While the Moeen Ali-led side has a decent chance to make it through to the elimination rounds, there is still a lot for Team Abu Dhabi to do. Winning the two crucial points will be the agenda for both the sides in order to climb up the table.

The pitch at the Sheikh Zayed Stadium has an inclination for the batters but has enough for bowlers to be hopeful of scalping wickets at crucial stages. While the skipper winning the toss may opt to field first to have a target in mind, opting to bat first too will not be a big deal as it almost remains even throughout.

Alex Hales has the potential to score big for his side as it was seen back in the recently concluded T20 World Cup 2022. While in the 10-over format, the batter will need to be on his toes and read the ball carefully, he could still have an edge over the rival side.

Undoubtedly, the South Africa pacer has established himself to be one of the most lethal players with the ball. The pace spearhead will look to hand the side the vital breakthroughs and restrict the rival batting unit from scoring those big runs. 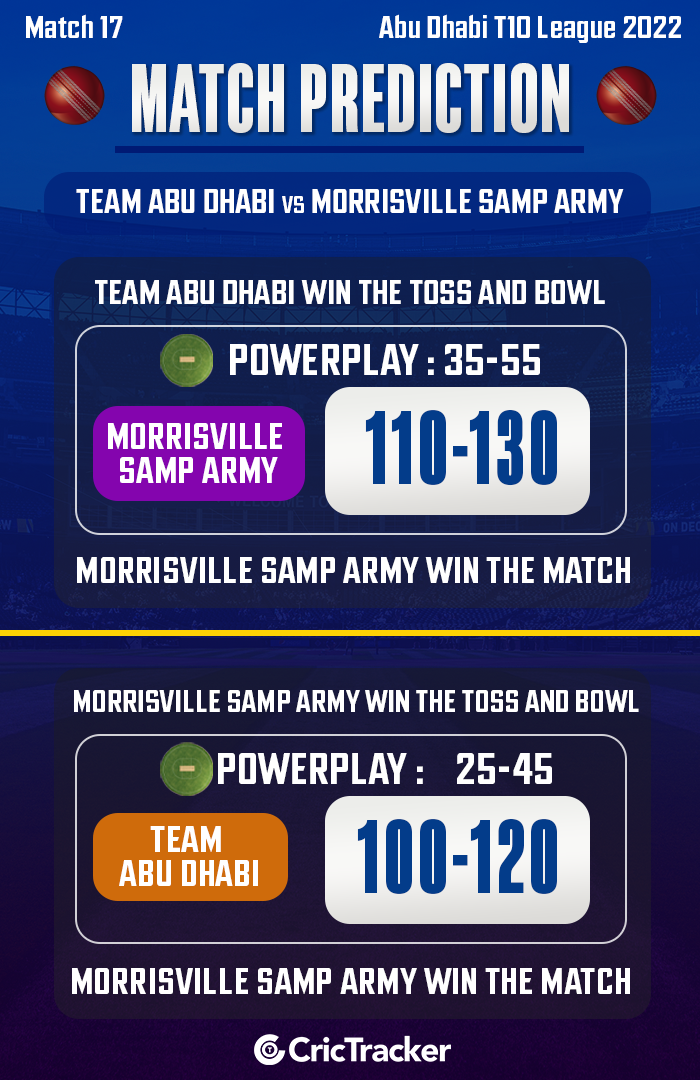