Sylhet Strikers won all their four matches in the league.

With two back-to-back losses in the ongoing Bangladesh Premier League (BPL), Dhaka Dominators are in dire need to get a win under their belt and change the current scenario. However, it’s not going to be an easy task as they face the league leaders, Sylhet Strikers, in their next match on January 16 at Zahur Ahmed Chowdhury Stadium in Chattogram.

The Mashrafe Mortaza-led side is still unbeaten as they have won all four matches so far. The team completely dominated the Dhaka-based franchise in their last match and won the game by 62 runs. Opener Najmul Shanto scored 57 off 39 deliveries while Towhid Hridoy smashed the bowlers all around the park, scoring 84 off 46 deliveries.

Courtesy of their brilliance, the Strikers posted 201 runs on the board after 20 overs and won the match with absolute ease. Murtaza, Imad Wasim and Mohammad Amir picked up two wickets each as Dhaka looked quite ordinary right from the start.

Other than skipper Nasir Hossain, no one showed enough consistency with the bat for Dhaka. However, in the last match, other batters too rose up to the occasion but there still is a lot of room for improvement. From a bowling perspective, three of their players conceded ten or more runs per over and that’s a massive reason to worry about. If they fail to improve, Sylhet can wreak havoc on Dhaka on Monday.

The pitch will favour the batters to score a lot of runs. Bowling first will be ideal and anything above 175 will be a good score in the first innings. Spinners are not going to get any advantage from the track because of the cold weather.

The 22-year-old young sensation has been absolutely brilliant in the season so far. Batting at a strike rate of 166.66, the Bogra-born cricketer has scored 195 runs from four matches and if he manages to play with the same intent, he can very well end the season as the highest run-scorer of the tournament.

The skipper Mashrafe Mortaza has led by example as he picked up seven wickets from four matches so far. He is currently the second-leading wicket-taker in the tournament and is playing some phenomenal cricket. 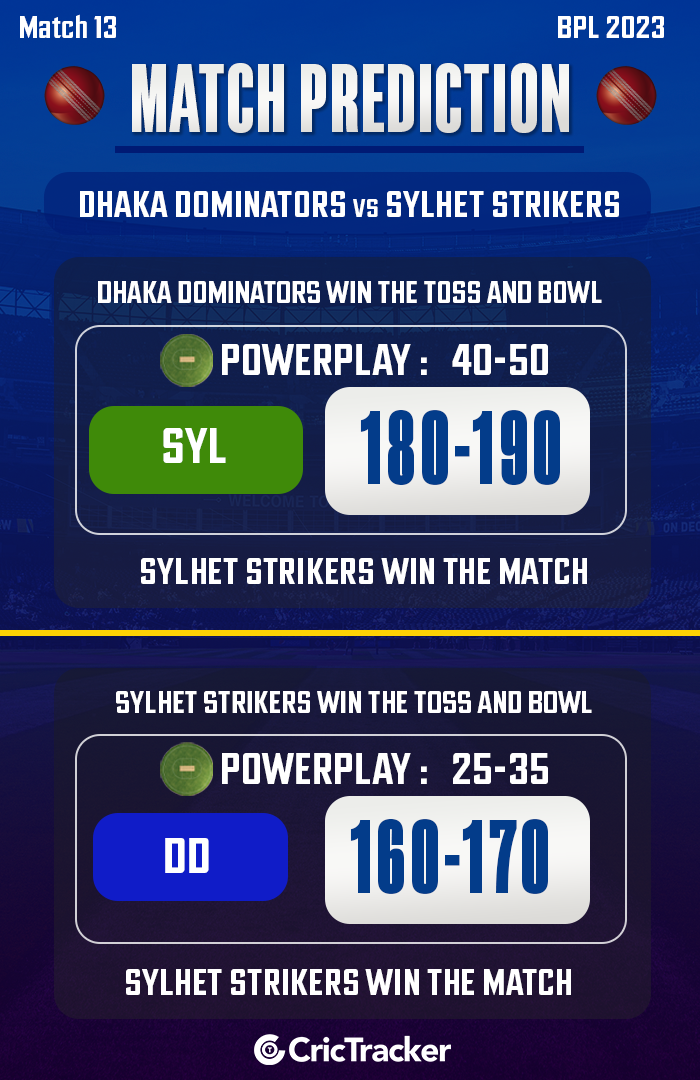