India will be eyeing a second straight home ODI series whitewash when they face New Zealand in the third ODI in Indore.

India and New Zealand will be facing off in the third and final One Day International at the Holkar Stadium in Indore on Tuesday, January 24. Having already sealed the series, an elated Indian team would now be eyeing a whitewash by coming out on top in this dead rubber contest. Should the hosts succeed in getting the job done, then they will complete a second straight ODI series whitewash this month having blanked Sri Lanka 3-0 earlier.

Meanwhile, it would also be interesting to see whether the Indian team management would be making any changes in their playing XI to give some exposure to their bench strength with an eye on the 50-over World Cup later this year.

The Kiwis, on the other hand, had an off day in the last game where they were totally outplayed by the hosts in all departments of the game. While the bowlers have struggled in the absence of seasoned pacers, the top-order batting has been a cause of concern for them throughout this series.

The visitors would now be desperate to salvage pride by trying their level best to avoid a humiliating whitewash in this inconsequential clash.

The surface at the Holkar Stadium will be an outstanding one for batting and the batters will be expecting to have a gala time once they are well set on the 22 yards. The third ODI could witness a high-scoring encounter with hardly any purchase for the bowlers on this wicket. Therefore, the captain winning the toss might want to bowl first.

India skipper Rohit Sharma seems to be clicking at the right time even though he is getting out after being well-set in the middle. Rohit has shown signs of consistency in his performances in this month’s home ODI series. In fact, he scored a match-winning half-century in the last game chasing 108. Apart from scoring a 50-ball 51, the ‘Hitman’ was also involved in a 72-run opening stand with Shubman Gill.

Senior pacer Mohammed Shami would once again be expected to prove his mettle with the ball in hand like he had done in the previous game with a match-winning three-wicket haul. Shami blew away the New Zealand top-order in his opening spell before accounting for a well-set Michael Bracewell in his second spell to finish with figures of 3/18 including a maiden. 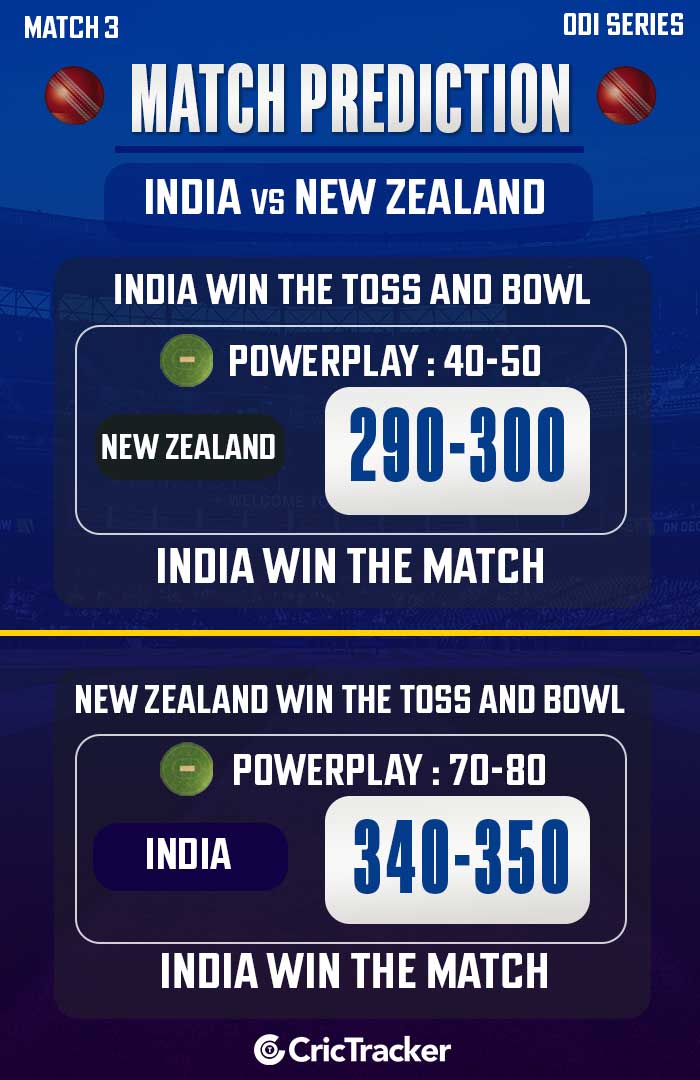