Australia legends are set to take on the Sri Lanka legends in Match 3 of the Road Safety World Series 2022 edition at the Green Park Stadium in Kanpur. Sri Lanka legends finished as the runners up in the previous edition and the skipper Tilakaratne Dilshan was fantastic last year with his all-round abilities.

On the other hand, the Australia Legends pulled out after playing just one game in the previous edition due to the travel restrictions owing to Covid-19. Shane Watson will lead the side instead of Brett Lee for the upcoming season and Alex Doolan, Ben Dunk, Stuart Clark, Bryce McGain, Callum Ferguson, Cameron White, George Horlin, Dirk Nannes and Chadd Sayers have all been added this year.

The Green Park in Kanpur has hosted just one T20 international so far and it has been a good batting pitch over the years. With the results favouring the chasing side, the skipper winning the toss will be looking to bowl first at the wicket.

Tilakaratne Dilshan was the Player of the Series last season and he almost won the tournament for his side single handedly. Apart from opening the batting, Dilshan is quite handy with the ball and he can add a lot to the Sri Lankan legends side in terms of quality.

Nuwam Kulasekara played a lot of games in the previous edition of the tournament and he still looked one of the fittest going around. The seamer has got exceptional skills with the new ball and can surprise the batters sometimes with the bounce he extracts. 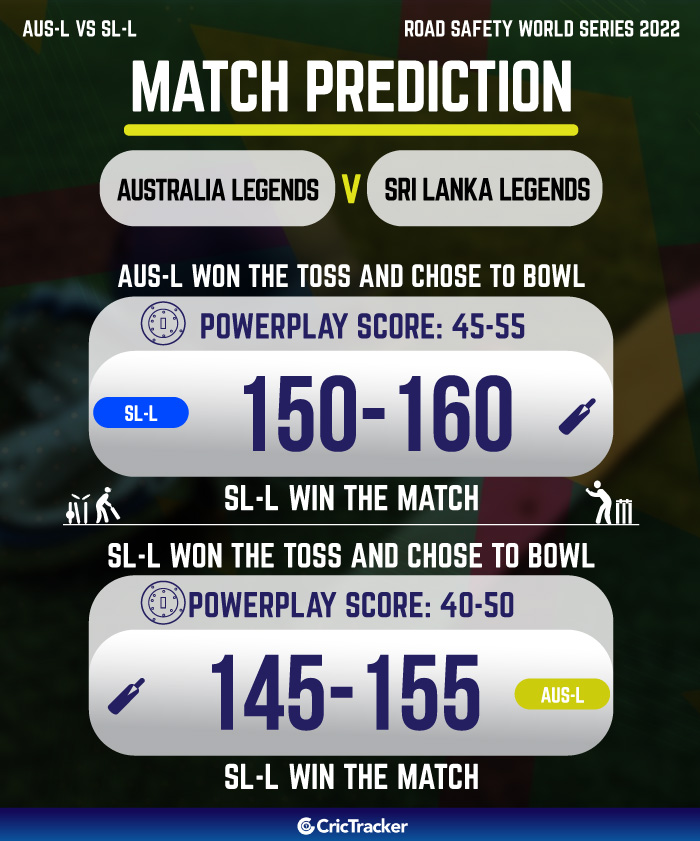