England Legends will hope to get off the mark in the tournament with a win against South Africa Legends.

England Legends will square off against South Africa Legends in the seventh match of the Road Safety World Series 2022 on Thursday, 15th September. The match was originally scheduled to be played at a later date but has been rescheduled for Thursday evening.

England Legends suffered a damaging defeat by seven wickets in their first match against last season's runner-ups, Sri Lanka Legends. Meanwhile, South Africa Legends bounced back from their humiliation against the defending champions India, winning the second match against the Kiwis.

The surface at the Holkar Stadium suits the batters, and the shorter boundaries make for a high-scoring venue. The venue went into the record books when former Indian opener Virender Sehwag registered a blistering double century in an ODI against West Indies at this venue in 2011. The team winning the toss might opt to bat first with a bit of rain in the forecast.

The South African opening batter, Andrew Puttick, compiled a well-paced half-century in the previous encounter against the New Zealand Legends to guide the Proteans home with almost seven overs and nine wickets to spare. His innings helped his side bounce back from the embarrassing defeat against the India Legends in the first match.

The former South African all-rounder is the joint second leading wicket-taker of the tournament so far, with four scalps to his name in two matches. All of his four wickets came in the second match against a hapless New Zealand batting order as he returned with impeccable bowling figures of 4/11 in his four overs. His exploits with the ball helped reduce the Kiwis to a mediocre total of 99 runs in their 20 overs. 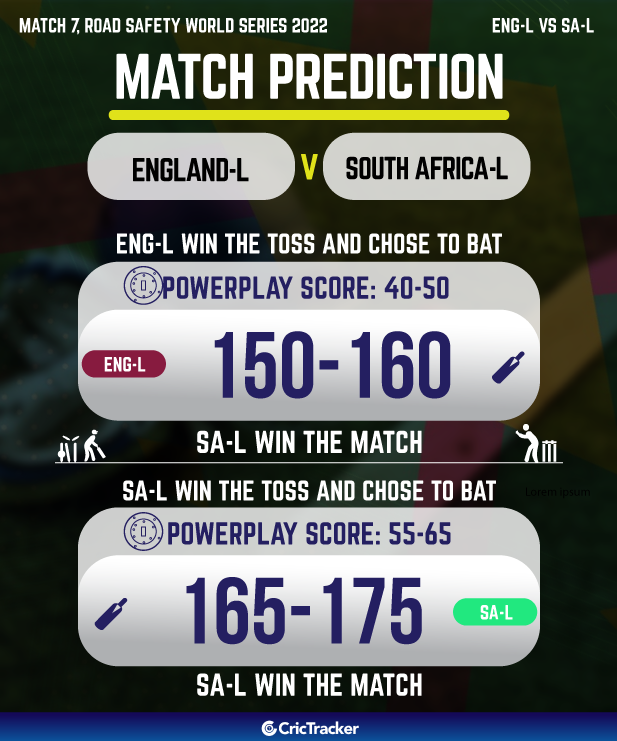