SL vs AFG Match Prediction- Who will win today's match between SL vs AFG?

Afghanistan will be eyeing a historic series victory against Sri Lanka in the second ODI on Sunday.

Sri Lanka and Afghanistan will tussle in the second ODI at Pallekele on Sunday, 27th November with the series on the line after the visitors completed a resounding victory in the series opener at the same venue.

Afghanistan's first-ever bilateral series on Sri Lankan soil got off to a winning start after the visitors completed a resounding victory by 60 runs in the series opener. The Afghans did not have the best time in the recently concluded T20 World Cup in Australia, but that did not hamper their swashbuckling approach in white-ball cricket as their openers hammered the Sri Lankan bowlers at the top of the innings.

Meanwhile, the Islanders will be concerned after a no-show from their middle-order batters despite Pathum Nissanka's rollicking 85 at the top of the order. Dasun Shanaka's men will be hoping for a better outing in the second ODI to keep themselves alive in the three match series.

While the surface at the Pallekele stadium has traditionally favored the spinners, Afghanistan's Fazalhaq Farooqi and Gulbadin Naib showed that the pacers could also succeed on the venue, which has plenty for the bowlers. The team winning the toss would be inclined to bat first in the match, given the outcome of the first match.

While all the eyes were fixed on Kusal Mendis, his opening partner Pathum Nissanka stole the show with a sumptuous 85. He was the lone warrior for the Sri Lankans, while all the other batters surrendered cheaply in pursuit of a challenging total.

Afghanistan's young left-arm pacer Fazalhaq Farooqi is making great strides in international cricket and was at his mercurial best in the first ODI against the Lankans. His booming inswinger to dismiss Dinesh Chandimal was the highlight of his bowling innings as he scalped four wickets in a decisive spell of fast bowling for the Afghans. 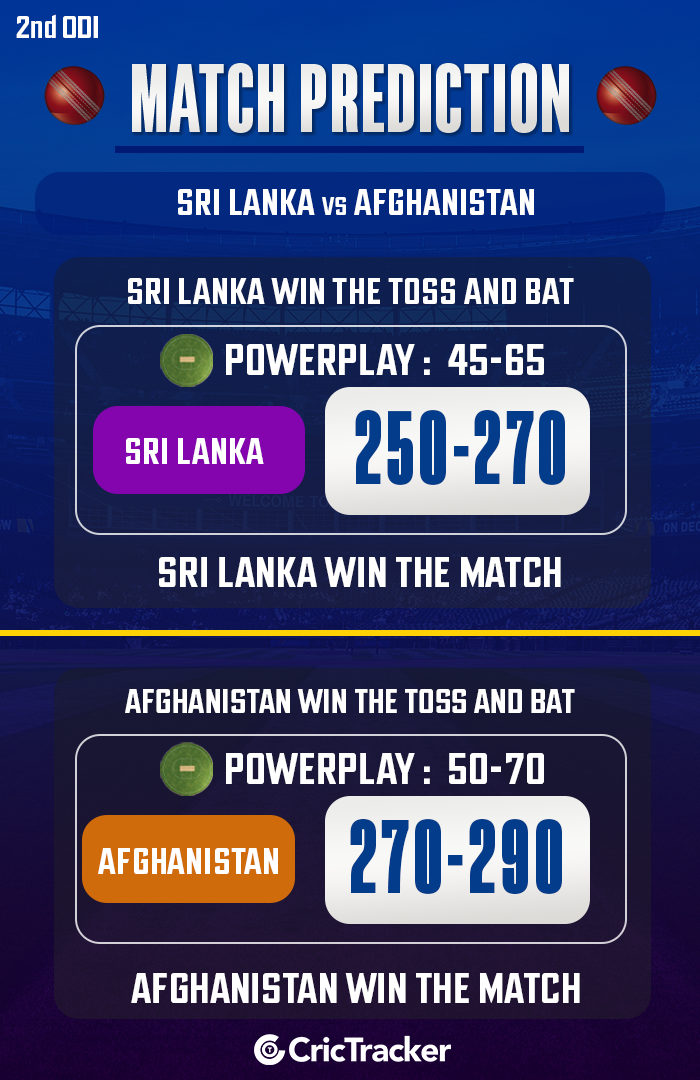