The match will be played on September 9.

The Match 11 of the 2022 Carribean Premier League (CPL) will be played between Saint Lucia Kings and Barbados Royals at the Daren Sammy National Cricket Stadium. The match will be played on September 9 (Friday).

Both teams are having a good outing in the tournament as they have also won their previous clashes. While Royals thrashed Trinbago Knight Riders, the Kings beat Jamaica Tallahwahs by two wickets with one ball to spare.

The pitch at Daren Sammy National Cricket Stadium has proivded equal contest between bat and the ball. The skipper winning the toss might want to have a bowl first and chase the total later on.

Opening batter Johnson Charles was simply excellent with the bat as he scored 60+ runs in the previous contest and smoked four fours and the same number of maximums. He will want to emulate his performance in the upcoming encounter.

Express pacer Alzarri Joseph scalped only one wicket in his four-over quota in the last match but he gave away just 27 runs in a high-scoring encounter. The right-arm pacer will want to continue his good form in the next match. 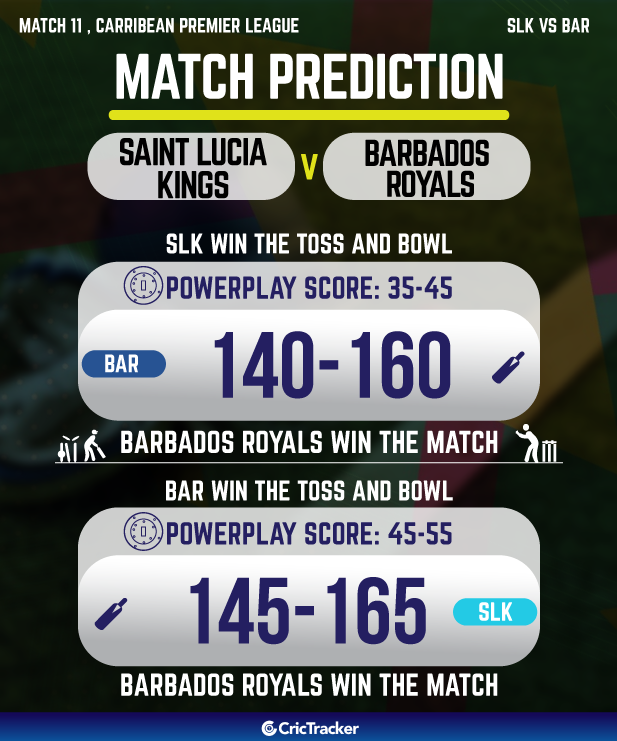