Karnataka and Saurashtra clash in the first all-exciting semi-final match of the Vijay Hazare Trophy (VHT), scheduled to take place in the Narendra Modi Stadium A Ground, Ahmedabad. The two sides have produced some terrific cricket during the competition and have rightfully earned their spot in the last four of the VHT.

Saurashtra comfortably won their quarter final fixture against Tamil Nadu with a combined team effort coming with the bat and then Chirag Jani who was unbeaten with the bat was terrific with the ball as well as he scalped three wickets in his nine overs, giving away 53 runs.

On the other hand, Karnataka chased down a rather underwhelming total of 235 runs put by Punjab and cruised into the finals with their dominating performance. With just one match to go before cementing their spot in the summit clash, both sides will fire all cylinder to make their case strong for the title.

The surface at the Narendra Modi stadium has shown an inclination for the batters in the white-ball matches. Though the pitch has a something in it for the spinners, an average first innings score of 240 runs has been amassed thus far.

The Karnataka batter has scored 438 runs in his nine outings with the side thus far in the competition. Furthermore, he is the highest run getter for the side and will aim to score the vital runs for his side in the semi-final fixture. His nine innings have come at an average of 62.57 which also includes one century.

The match could witness a neck-to-neck contest between the Saurashtra skipper and Karnataka’s Vasuki Koushik, as both have been among the leading wicket takers in the competition. Unadkat’s experience in the big matches could come in handy for the side and it remains to be seen if he can hand the major breakthroughs. 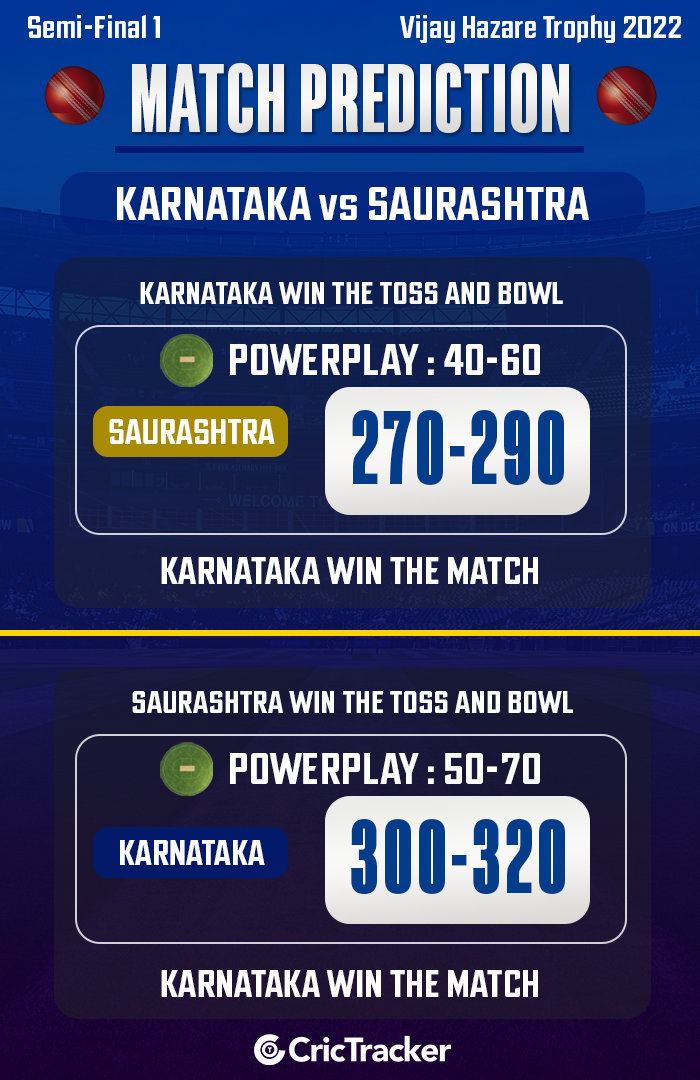