Both the teams are coming off a loss and will be aiming for a win.

Brisbane Heat and Perth Scorchers will lock horns in the 23rd match of the Women’s Big Bash League, at the Allan Border Field in Brisbane. Both teams are coming off a loss from their respective previous game against the Adelaide Strikers at the same venue, and thus will be looking to get back to the winning ways.

Brisbane Heat, while chasing a target of 141 runs, were bowled out for 109 runs in the 17th over of the game, but they showcased good bowling in the first half of the game which will make them focus more on the batting bit. A similar would be the case with Perth Scorchers, who need to focus on their batting as they could score only 111 runs in their previous game and later were unable to defend it.

The well-balanced pitch at Brisbane's Allan Border Field provides many of possibilities for both spinners and hitters. Spinners will be essential in the middle overs since the pitch will be fresh as only a few games have been played here lately.

Georgia Redmayne, wicketkeeper-batter for the Brisbane Heat, is in good form with the bat. She has so far been able to contribute well to the team, providing her side with the desired starts, which has made her the leading run-scorer of the tournament. She would be the pick of the batters.

In just six games, Brisbane Heat skipper Jess Jonassen has bagged 10 wickets. She has been one of the most impactful players in the team, and her spell will yet again prove to be crucial for the team’s win. Thus, she will be the pick of the bowlers. 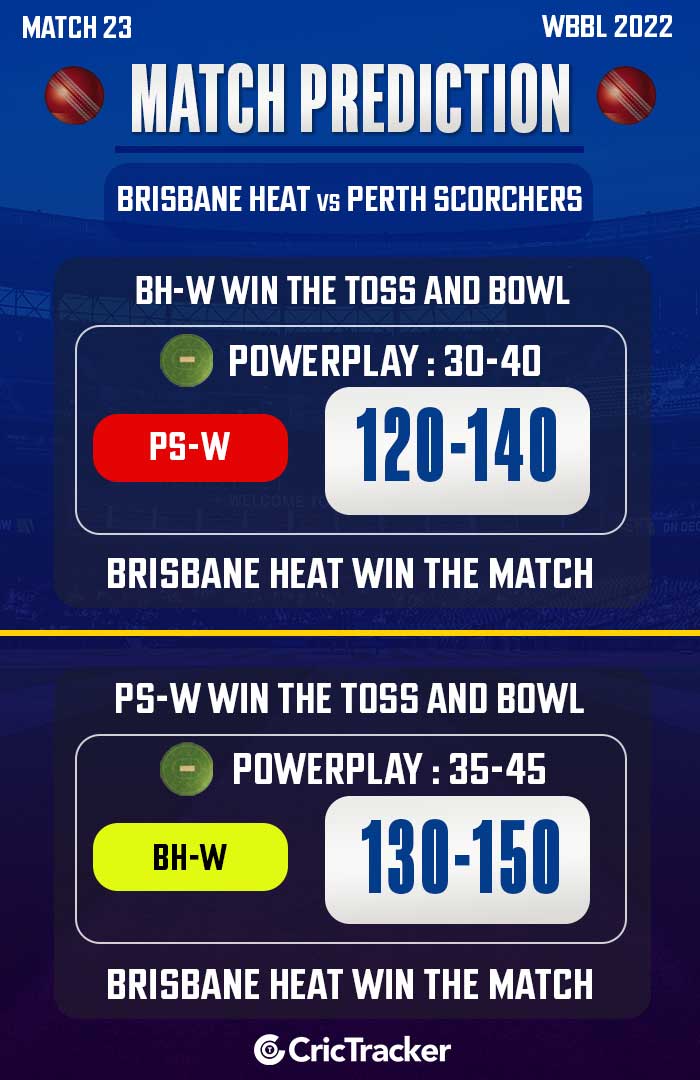