A total of 16 teams have begun their preparations for the T20 World Cup 2022, of which eight teams will be fighting for a spot in the Super 12 stage when they lock horns in the First-Round games. Preparing for the First-Round matches, the teams are currently playing warm-up matches and West Indies and the Netherlands are all set to lock horns.

Both teams played one warm-up game each, on October 10, Monday. While West Indies won the game against the United Arab Emirates (UAE) by 17 runs, Netherlands lost their fixture to Scotland by 18 runs. The two teams will not face each other in the First-round games as they’re placed in different groups.

The Melbourne Cricket ground track is likely to favor the pacers early in the game. The batters might face little difficulty initially, but will be able to switch gears once they settle on the pitch.

The opening batter has been in good touch in the shortest format of the game, which will be a plus for West Indies whether they bat first or second. He has provided his side with some good starts in the recent times, and would look to do the same.

Alzarri Joseph will be the pick of the bowlers, as the pitch is pacer friendly. He would look to take advantage early in the game so as to restrict the opposition from scoring runs. 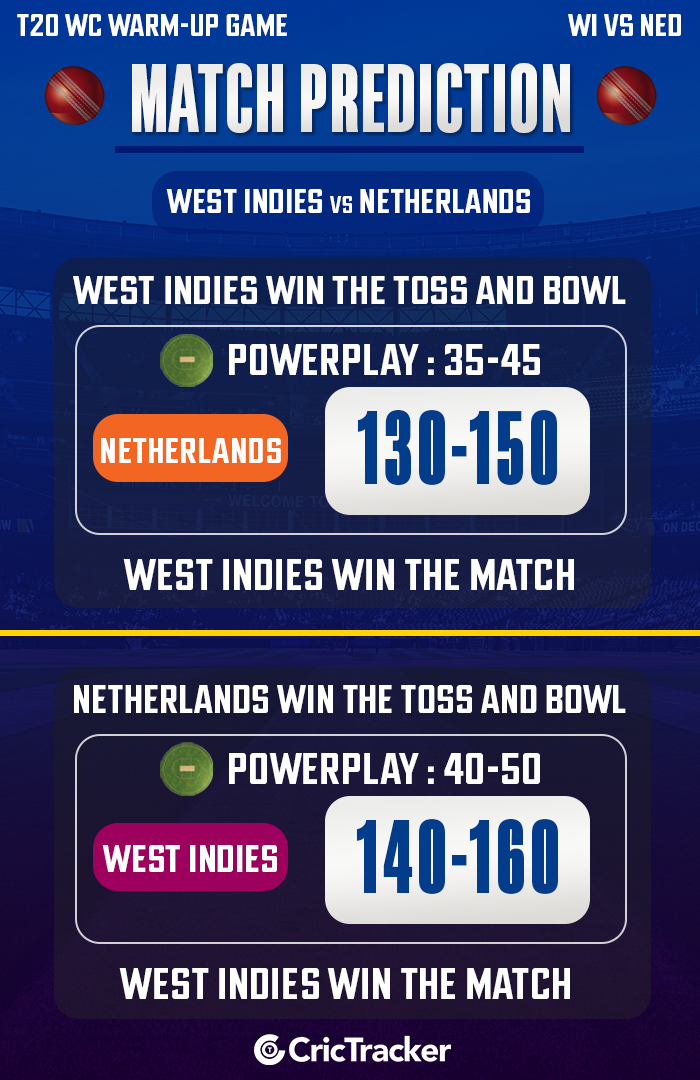