Brad Hogg feels that New Zealand will start as the favorites in the WTC Final against India. 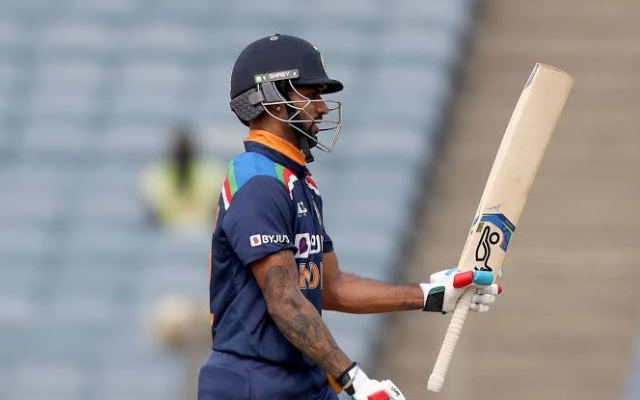 A number of topics grabbed the spotlight in the trends on social media in the world of cricket today. Ravichandran Ashwin has posted a photo where his teammate Cheteshwar Pujara can be seen telling him something, and Ashwin has asked the fans to guess what Pujara is telling him.

The Indian squad that will take on Sri Lanka in a limited-overs series in the month of July has been announced, and a number of new faces like Chetan Sakariya, Devdutt Padikkal, Nitish Rana, and Ruturaj Gaikwad have been named in the squad. And, former Indian cricketer Irfan Pathan has wished all of them luck for the limited-overs series against Sri Lanka.

Also, Shikhar Dhawan has been named as the captain of the Indian side that will tour Sri Lanka, and the Indian batsman has stated that he is truly humbled to lead the country. England cricketer Robert Key has showered praise on Rahul Dravid for grooming the young players of Indian cricket. And finally, Brad Hogg feels that New Zealand will start as the favorites in the WTC Final against India as they have match practice going into the summit clash.

1. Ravichandran Ashwin posts a picture of himself and Cheteshwar Pujara

Prizes for guessing what @cheteshwar1 is telling me here! 😂😂 pic.twitter.com/t9YDVzpOh1

2. Brad Hogg feels that the England Women’s side looks stronger on paper as compared to their Indian counterparts

England have a better team on paper. India womens team will be a challenge though. https://t.co/d39Wxs7dfj

3. Irfan Pathan offers his wishes to some Indian players who have been named in the squad for the Sri Lankan tour

Wishing you guys all the luck for future. May you guys play long for team India and make everyone proud. @Sakariya55 @devdpd07 @NitishRana_27 @Ruutu1331 @gowthamyadav88 #TeamIndia

4. Shikhar Dhawan reacts after being named as the captain of the Indian side

Humbled by the opportunity to lead my country 🇮🇳 Thank you for all your wishes 🙏 pic.twitter.com/SbywALBTwZ

The Prince of Trinidad never ceases to amaze, years after retirement from the game! We met at a charity and he brought this shoe with him to make sure I would sign it – he’d held on to it since 1992 WC when I hit him on the toe (after he got 88!) Hold a grudge much, @BrianLara ? pic.twitter.com/wXwUf9otUt

For all India has got right in cricket over the last few years putting Rahul Dravid in charge of development is by far their greatest move. Imho. pic.twitter.com/txoB4TEQb6

7. Saeed Ajmal wants everybody to be themselves

8. Sheldon Jackson is sweating it out during practice

9. Sandeep Lamichhane is in his ‘strong zone’

it's been a great morning so far with these beautiful sceneries. Coming back to my strong zone again. pic.twitter.com/r4FQgBazqK

10. Siddharth Kaul states that failure propels him to work even harder

I have failed over and over again in my life and that is why I succeed. And when I fail I have the smile on my face which motivates me work even harder. #fridayfitness #fridaymorning #smile #cricketer #cricket #trending @SunRisers #indiancricketteam #Cricket #IndianCricketTeam pic.twitter.com/IDZE1ptKHR

11. Brad Hogg feels that the current Indian team is on a ‘Hot Streak’

India are on a hot streak. A chance to make this the most dominate period of Indian cricket by beating both Australia and England on their home soils. #INDvENG https://t.co/27q0SQQ3DI

12. Brad Hogg feels that New Zealand will start as the favorites in the WTC Final against India

New Zealand do have an advantage with match time under there belt going into a one test series. #WTCFinal2021 https://t.co/1CsLDwfAW9

So pleased to see Chetan @Sakariya55 amongst this squad. As a young man he has gone through so many lows & highs already. I wish him all the best for this series 👏🏽👏🏽 https://t.co/oHUhQWtOpJ

14. Pragyan Ojha feels that Suresh Raina’s book will be a great read

Best wishes. Am sure it will be a great read! https://t.co/zDJmGTDtqd

15. Rashid Khan reacts after winning the Player of the Match award in two consecutive PSL matches

What a feeling !! Winning 2 games consecutively and being the MOM in both the games 🙏

More hard-work to do hoping for more wins to follow 💪@thepsl @lahoreqalandars 💚💚 pic.twitter.com/EWVa312SFY