CricTracker Exclusive – I have to accept there is no space in the Indian Test team: Priyank Panchal

CricTracker Exclusive – I have to accept there is no space in the Indian Test team: Priyank Panchal

Priyank Panchal has a batting average of 55+ in each of the last four Ranji Trophy editions. 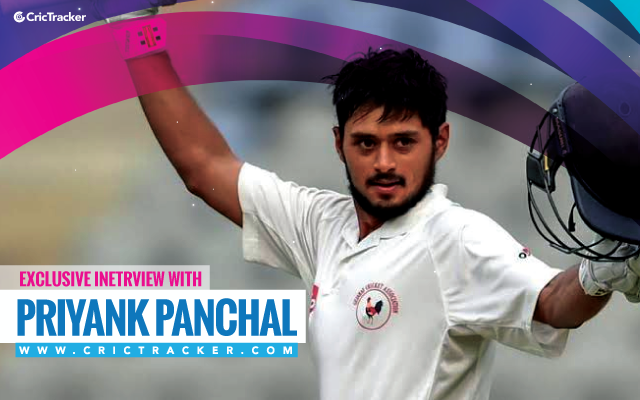 Starting from the 2015/16 season, Priyank Panchal has amassed 4646 runs across 51 first-class matches on Indian soil while no other player in this period even got 4000 FC runs. Panchal has a solid average of 61.95 during this span in India FC cricket and struck 19 hundreds; seven more tons than any other player. In addition to these, Panchal averaged 55+ in each of the last four Ranji Trophy editions. In 2016/17 edition, he aggregated 1310 runs and was 106 runs away from breaking VVS Laxman’s season record.

Despite all these crazy numbers in the red-ball cricket, the opener from Gujarat is still awaiting his maiden India call-up. The Indian team is currently the No.1 ranked side in Test cricket and the middle order is strengthened with the presence of Pujara, Kohli and Rahane. The new set of openers Mayank Agarwal and Rohit Sharma have ensured their places at least till the end of 2020. Priyank Panchal accepts the fact that there is no place in the Indian side and instead focuses on his game.

“To think practically, everyone in the current Indian Test team is performing. I have to accept that there is no space in the team at the moment,” said Panchal speaking exclusively to CricTracker during the Ranji Trophy game between Hyderabad and Gujarat last week. 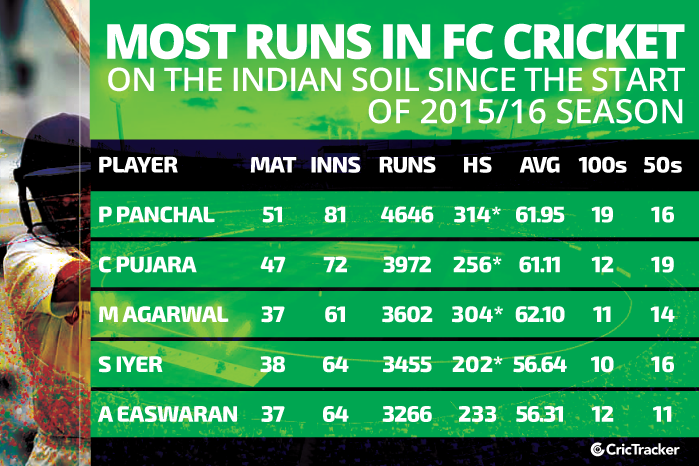 Over the last two years, quite a few players have come up with criticism over the selection committee yelling at the lack of communication between the players and the selectors. However, Panchal is interested in improving his game rather than thinking about all those things

The thing that keeps motivating him is to be a contributor for whichever team he is playing for and play a role in their victories. “I think focusing on scoring runs and winning the games for the team is the most important part from my side. Whichever team I play for, I want to win. That’s the driving force.”

Priyank Panchal mentioned about his pep-talk with the veteran batsman Wasim Jaffer last year. The leading run-getter of Ranji Trophy insisted not to worry about the selection and rather keep knocking the door. Priyank also pointed out his cricketing conversations with Jasprit Bumrah. The pacer is well known in tackling various barriers to become India’s all-format No.1 inside four years since his debut.

“I talked to Wasim Bhai (Jaffer) last year. That was a great feeling. He told me to keep doing my part which is scoring runs and not to worry about the other things. I talk to Jassi (Jasprit Bumrah) regularly. We share cricketing knowledge. He knows how to tackle mental aspects and that is why he is the No.1 Indian bowler in all formats.”

The 29-year-old warmed up for the IPL Auction with an 80-ball 90 against Hyderabad in the first round of Ranji Trophy where he led Gujarat in Parthiv Patel’s absence. Panchal’s List A average is close to 40 and has a healthy strike rate of 125.64 in the T20 format. Priyank is hoping to bag a contract at the IPL auction this time having been shortlisted for the auction at a base price of 20 lakhs INR. The Gujarat batsman could provide stability at the top for any team he plays and can go big when required.