CricTracker Exclusive: Rahul Dravid encouraged me to be a No. 4 batsman: Shivam Dube

CricTracker Exclusive: Rahul Dravid encouraged me to be a No. 4 batsman: Shivam Dube

Dube is gearing up for the upcoming IPL season and is hopeful of doing well for the RCB. 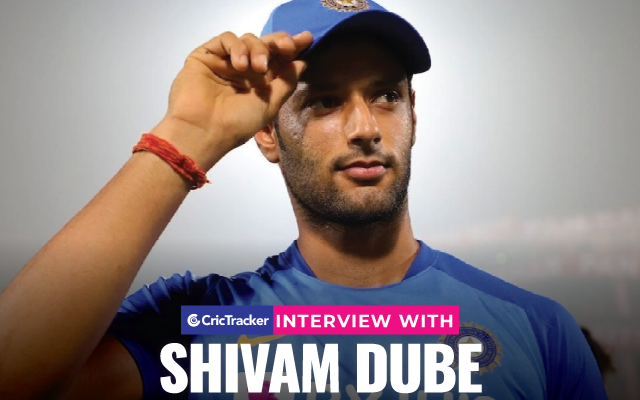 The biggest news emerging from the squad selection for the ODIs against South Africa, was the return of Hardik Pandya. The all-rounder has returned to international cricket for the first time since undergoing back surgery in October 2019.

Only a month after Pandya sustained a gruelling injury, Mumbai all-rounder Shivam Dube was called up to the Indian team. On November 3, 2019, Dube, in the absence of Pandya, made his international debut in a T20I against Bangladesh. Since then, he has featured in all the T20I series India have played, while also making his ODI debut in December against West Indies. 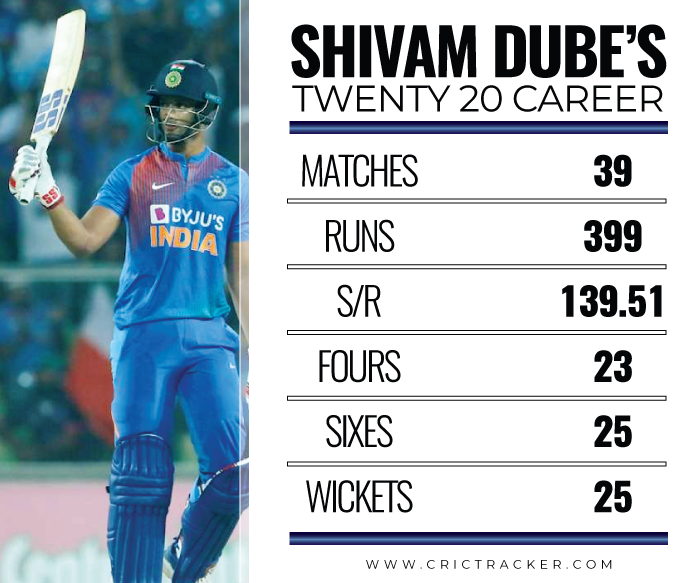 A batting average of 17 in 13 T20Is has been quite mediocre. Neither have five T20I wickets helped his case. His match-winning knock against West Indies in Thiruvananthapuram – a 30-ball 54 – has been his lone impressive performance with the bat. In that game, he was promoted up on the batting order at No. 3, a decision which paid off well. Dube, who has learnt under Rahul Dravid in India A, recalls how the former India captain always encouraged him to be a no. 4 batsman.

Dube concedes he is a batting all-rounder

Among the five wickets that the medium-fast bowler has picked from 13 T20Is, three came in Nagpur when Dube and Deepak Chahar triggered an incredible Bangladesh collapse. His slower cutter and off-stump yorker played a perfect second fiddle to Chahar’s 6/7. However, his ODI debut in Chennai, where he conceded 68 runs in eight overs, indicated that he is not bowling all-rounder, something that Dube reckons with.

“I think I am a batting all-rounder,” he says, before adding that the mighty sixes that we have seen from him in domestic cricket have required hard work. “I have a natural power but I also keep practising big-hitting. Its daily practice.”

As aforementioned, Dube’s career kicked off alongside Pandya’s injury, and now that the latter is back, the southpaw feels that India should try two all-rounders in the playing XI to increase their chances of winning. “I think playing with two all-rounders is the best thing because that way you have more options in the playing XI. So if it is Hardik and me, we both can provide support to the team and captain and win matches,” the hard-hitting batsman said.

Shivam Dube working on fitness ahead of the IPL

Shivam Dube’s bowling figures of 7/53 against Karnataka and five sixes in five balls against Baroda in Ranji Trophy, brought him into the limelight and he was enlisted in the Indian Premier League (IPL) auction at a base price of INR 20 lakhs. RCB, after a bidding war with Mumbai Indians and Delhi Capitals, bagged his services at a whopping price of INR 5 crore for the 2019 season.

He played only four matches last season, scoring 40 runs and going wicketless. But he has been retained by the franchise for the 2020 season. Aware that his captain Virat Kohli takes fitness very seriously, Dube is taking no risk of being removed from the team due to lack of fitness – a poor fate that befell his Mumbai teammate Sarfaraz Khan two seasons also. 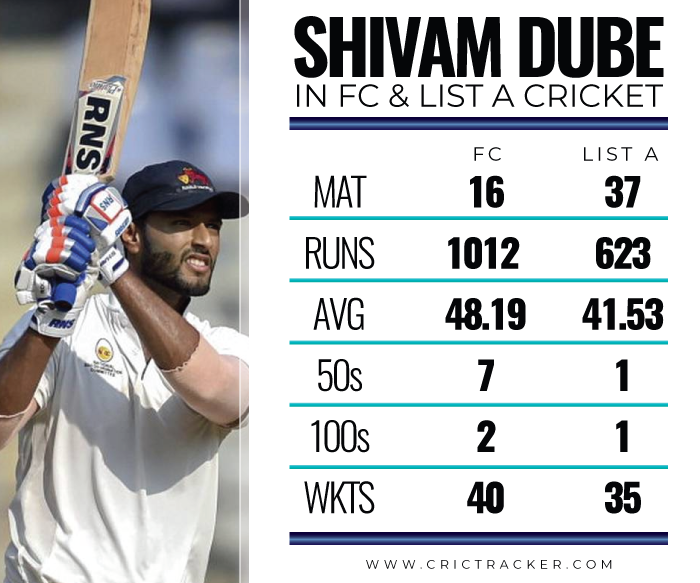 “Ahead of IPL, I am working on my fitness and also other things. It is a big tournament. I hope RCB win the title and as an all-rounder, I hope to do well for them,” he said in a tone of positivity. After a game between Chennai Super Kings (CSK) and RCB last year, a picture of Dube having a chat with MS Dhoni went viral on social media. The Mumbai boy, much like most youngsters in the IPL, had approached Dhoni for cricketing inputs.

“Dhoni told me how to prepare for the game. He told me I should know the strength of the bowlers and how they bowl the slower balls. He told me it is important to study the bowler well to be able to face him,” the flamboyant Mumbaikar signed off.