Kyle Verreyne scored a double century in the last game he played at Newlands. It is advisable to pick him as captain or vice captain in your Dream11 Fantasy team.

The 7th Cross Pool Match of the CSA 4-Day Franchise Series 2020/21 will be played between Cape Cobras and Knights on 16th March at Newlands in Capetown.

Cape Cobras are hosting the Pool A toppers, Knights in the next fixture of the CSA 4-Day Franchise Series 2020/21. It hasn’t been a good start for the Cobras as they are yet to register a win this season. They have played 6 games, where they suffered two defeats and four draws. Their bowling has been quite average throughout the season and their inability to take 20 wickets in a match is the main reason behind their current position. However, they had a good game with the bat last week and will have momentum coming into this game.

On the other side, the Knights are at the top of the Pool A points table. They have won three out of six games they played this season. It has been an all-round performance for them with each and everyone stepping up whenever they are in a crisis. Two of the top three leading wicket-takers play for Knights, which shows their strength. They would like to continue this winning form and go through to the next round.

The weather forecast suggests a very good Day 1 in this encounter between Cape Cobras and Knights. The temperature will be around 22-23 degree celsius with a clear sky throughout the day.

The Newlands is known for assisting pacers throughout the game, especially a four day game. But it has been a great wicket to bat on as well this season.

338 (Last 2 matches played at this venue in this season)

Also Read – Rohit Bhai told me that you will open, play freely as you do in the IPL: Ishan Kishan

Raynard van Tonder is the second highest run-scorer in the tournament so far. He has 656 runs under his name with an average of 65.60. The Knights player has scored two centuries, including a double in this season so far.

Kyle Verreyne is the highest run-scorer for the Cobras and the third-highest in the overall list. He has scored 571 runs at a humongous average of 95.16 in just 4 games.

Farhaan Behardien scored a huge century in the last game against Titans. He has scored 385 runst an average of 48.12. The all-rounder has a century and two half centuries under his name this season.

George Linde is back in the squad for the Cobras and scored a brilliant century recently in this competition. He has an average of 53.66 with the bat and has picked up 16 wickets with the ball.

Shaun von Berg is the leading wicket-taker in this tournament. He has 28 wickets in his bag and will be a must-have for this match. 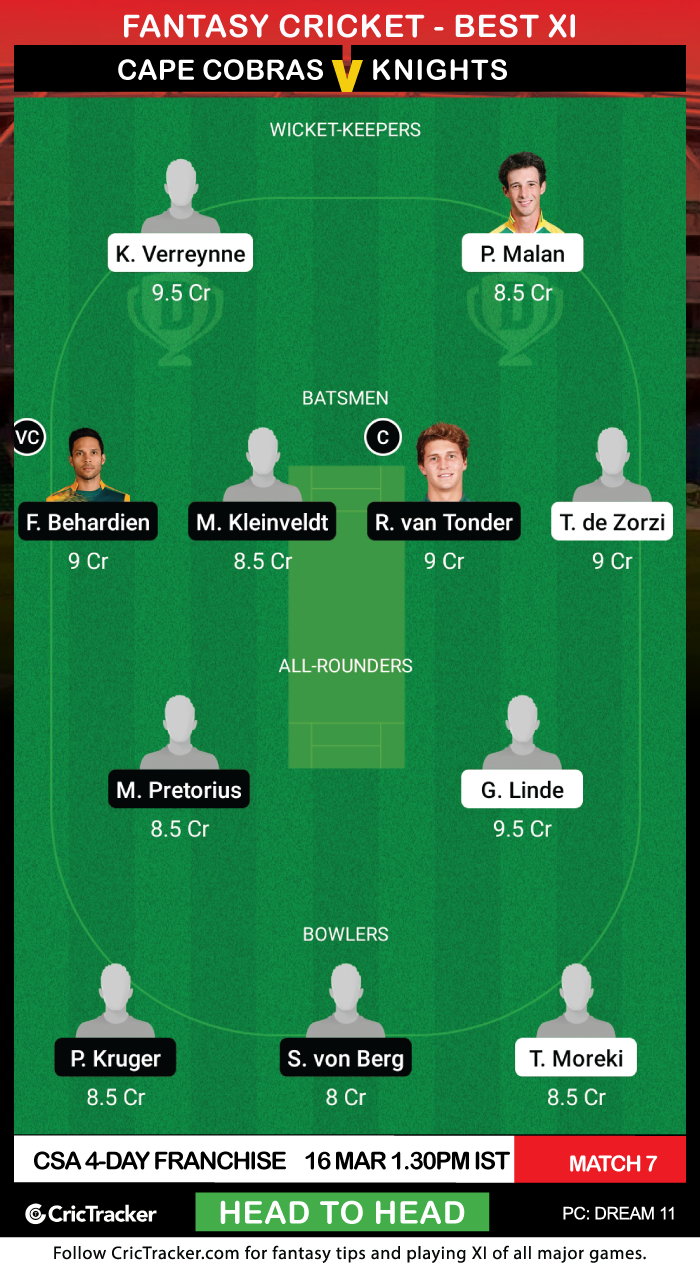 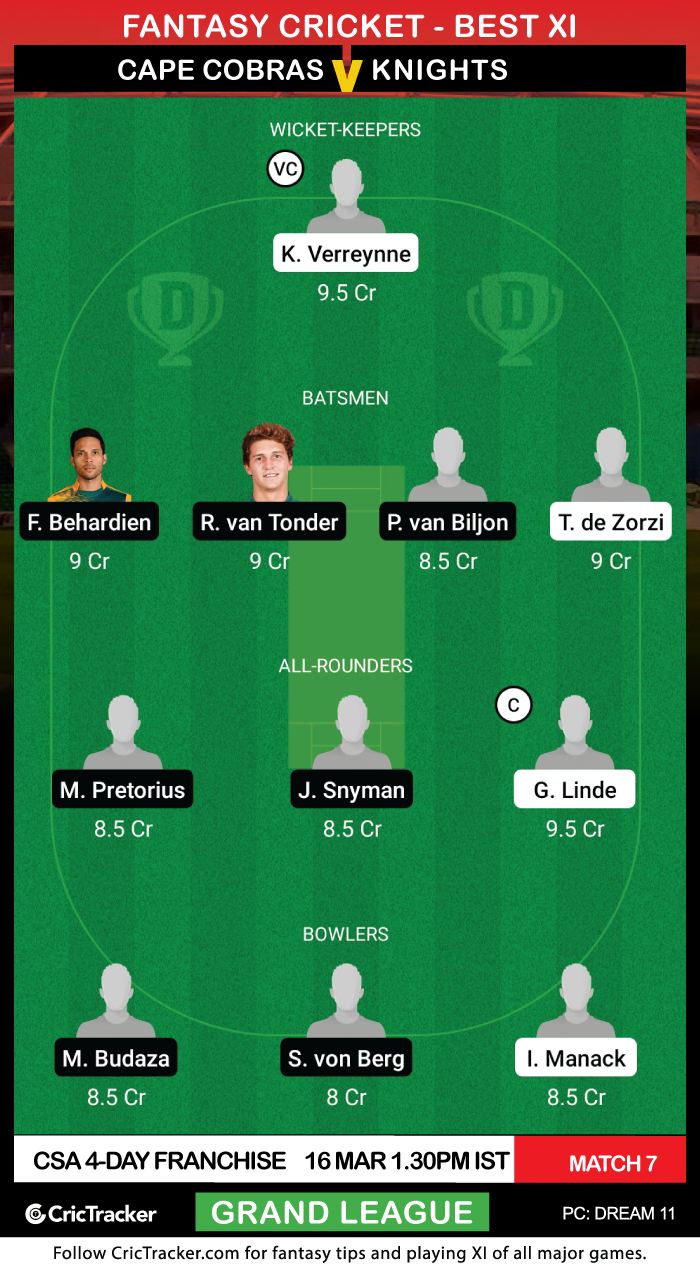 Kyle Verreyne scored a double century in the last game he played at Newlands. It is advisable to pick him as captain or vice captain in your Dream11 Fantasy team.