Dolphins are likely to win this match.

Dolphins and Warriors will play the Division 1 game of the CSA 4-Day Franchise Series 2021/22. Dolphins have won one of the five games in the tournament and are placed in the fifth position in the Division 1 points table.

Warriors have won four out of five matches and are placed in the second position in the Division 1 points table.

The pitch will have enough support for the bowlers throughout the game. The batters are likely to struggle in this game.

Khaya Zondo has made 368 runs in four matches at an average of 92. He has hit one century and one half-century in the tournament.

Daryn Dupavillon has taken 12 wickets in four matches at an average of 31.25.

Marco Jansen has picked ten wickets in two matches at an average of 12.30.

Matthew Breetzke has made 340 runs in five matches at an average of 42.5. 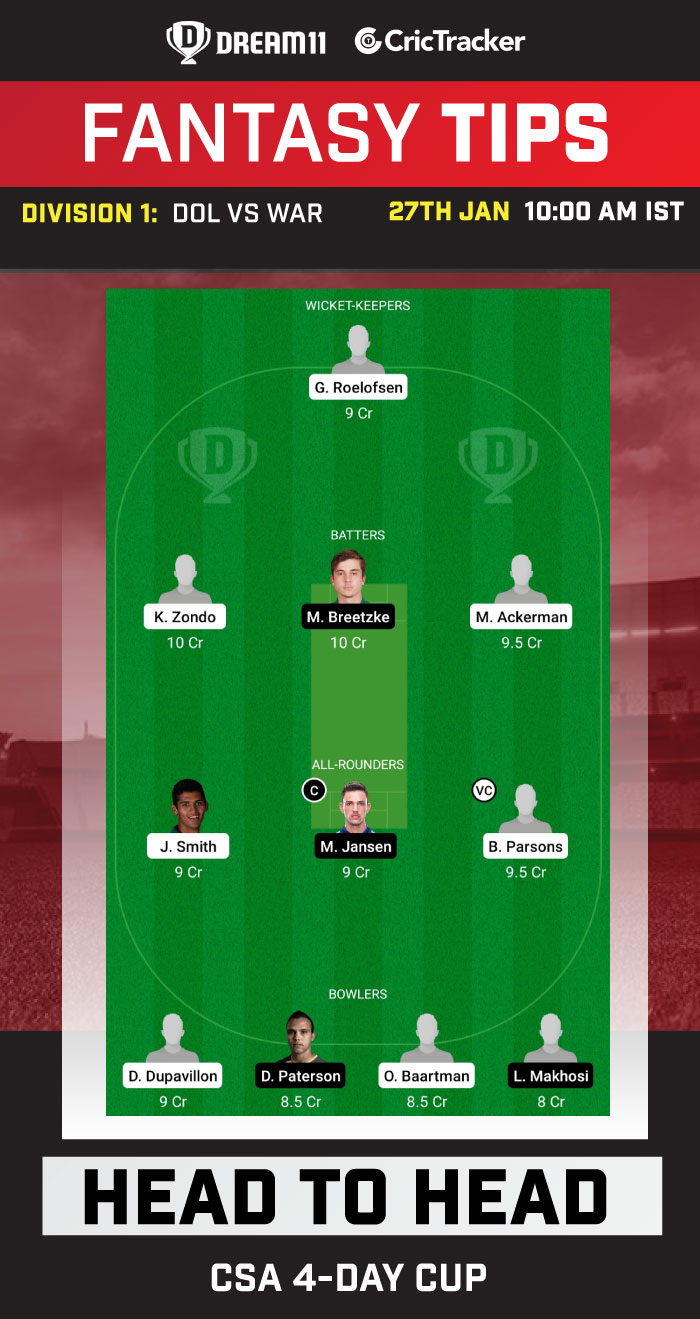 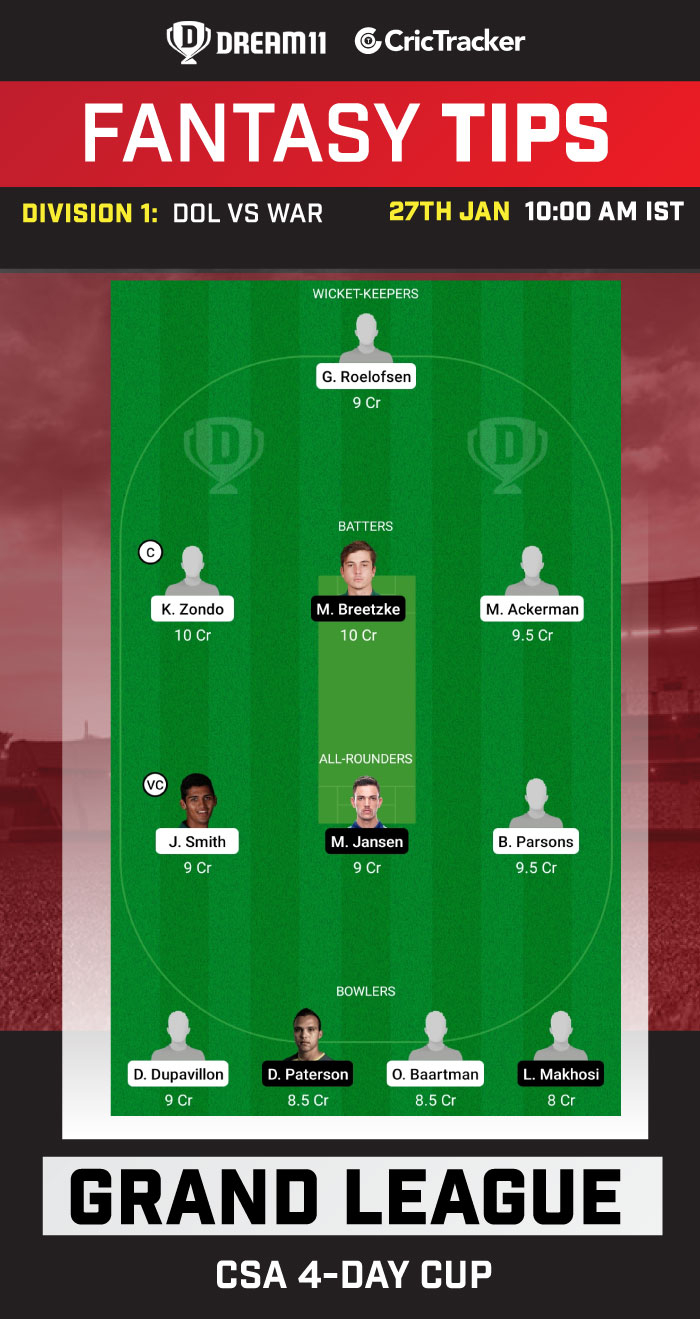 Dolphins are likely to win this match.