It is advisable to pick Chris Morris in both of your teams and he should be the captain of one of your Dream11 Fantasy team.

The 5th match of the CSA T20 Challenge 2021 will be played between Cape Cobras and Titans on 21st February at Kingsmead in Durban.

The match is scheduled to start at 10:00 AM local time (1:30 PM IST) and it will be streamed live on Star Sports Network and also on Disney+Hotstar.

In the 5th match of the 2021 edition of the CSA T20 Challenge, Cape Cobras will take on Titans. Both the teams have a neck-to-neck record against each other. Cape Cobras lost their first match of this season and will be eager to get their first win.

On the other hand, Titans have started their season with a win, unlike last season where they did not win a single match and finished last in the point table. This win should have handed them the momentum they wanted at the very start of the competition.

It will be cloudy in Durban with temperature ranging between 24-25 degree Celsius.

Pitch will help the bowlers first, but as time passes, the ball will come easily to the bat and batsmen can score runs easily. Since it will be cloudy at the start, bowling first will be a good option.

Chris Morris is an exceptional all-rounder who can bowl and bat at any stage of the match. His all-round performance in the first match helped Titans to win the match. He is a must-pick for your Dream11 fantasy team for his all-around skills.

Theunis de Bruyn had a tremendous run with the bat in the last edition of the CSA T20 Challenge. He was the highest run-scorer in that tournament, scoring 348 runs in 7 matches at an average of 69.6 with a strike rate of 161.11.

Henry Davids, a T20 specialist veteran, had a decent tournament with the bat in the last edition of the CSA T20 Challenge, scoring 199 runs in 7 matches at an average of 28.42 and a strike rate of 126.75. He has to be picked for his huge amount of experience in the T20 format.

George Linde did a good all-round job for the Cobras in the last edition. He scored 131 runs and also picked up 6 wickets.

Janneman Malan was brilliant with the bat for the Cobras in the last edition of this competition. He scored 235 runs at an extraordinary strike rate of over 150. 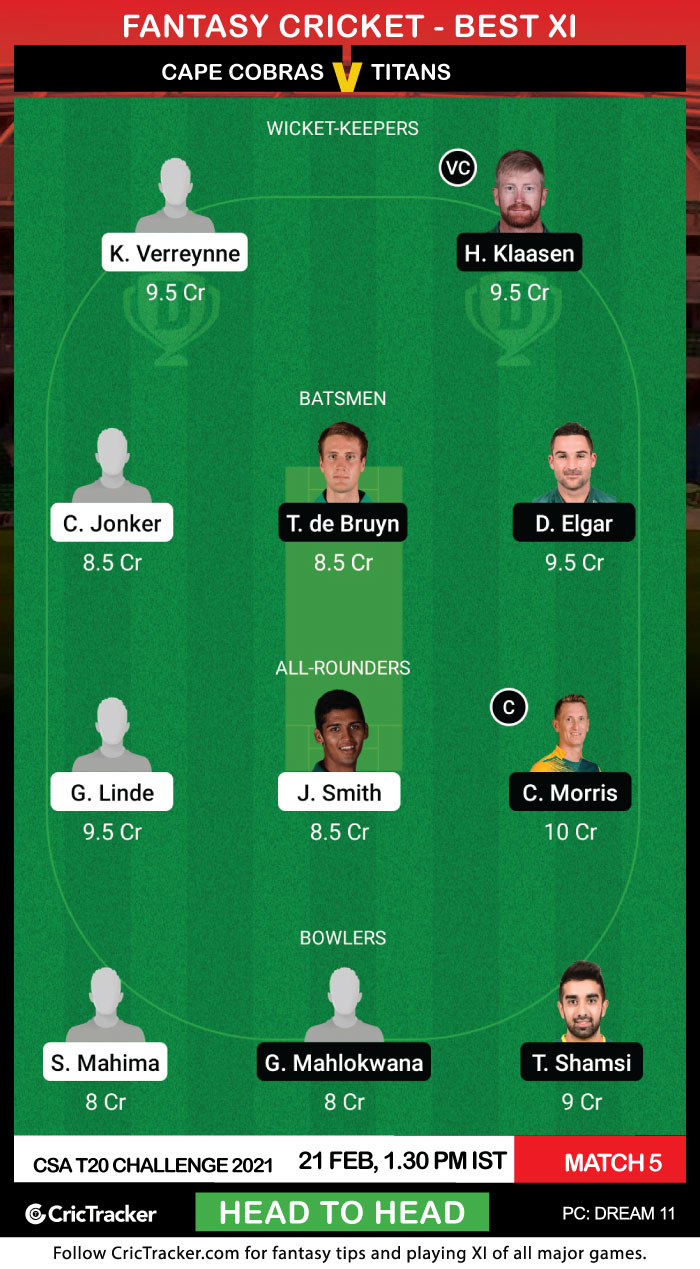 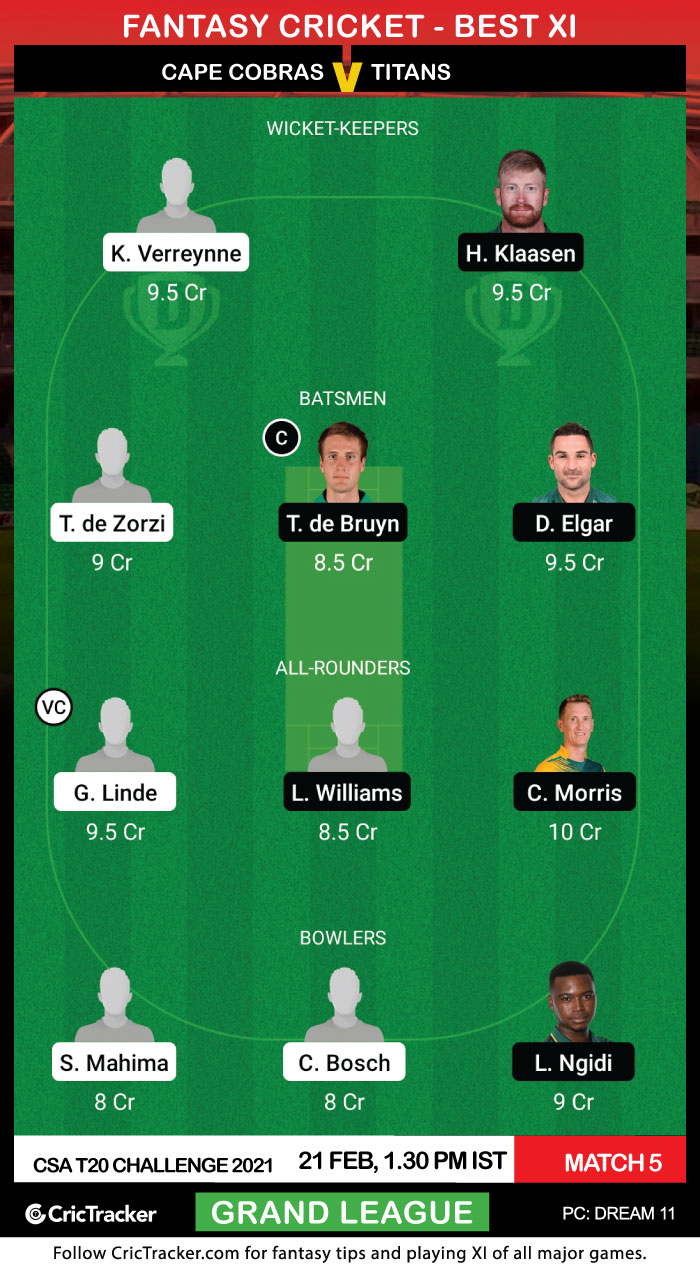 It is advisable to pick Chris Morris in both of your teams and he should be the captain of one of your Dream11 Fantasy team. He is one of the best all-rounders of the game and has started well in this season. After going for a whooping amount in IPL, he will be high on confidence.