We have got you covered with Fun2Play Fantasy Tips for CSA T20 Challenge.

The 9th match of the CSA T20 Challenge 2021 will be played between Warriors and Cape Cobras at Kingsmead in Durban.

This match will start at 1:30 PM IST (10 AM local time). There is no live telecast of this match in India.

The two teams stuck at the bottom of the points table, Warriors and Cape Cobras, will face-off in the 9th match of the T20 Challenge in progress in South Africa. The Warriors have played two matches and lost both but still, have a glimmer of hope of making it to the top three. They lost the first game by four wickets against the Lions and then fell short of the target by three runs in a rain-affected game against the Dolphins.

On the other hand, the Cape Cobras have lost all their three games. They also have a second-worst net run-rate and will need two big wins to have any chance of featuring in the play-off (2nd vs 3rd) game. Both sides have some brilliant players in JJ Smuts, Anrich Nortje, Christiaan Jonker, and Zubayr Hamza among others. With this being a must-win game, expect both teams to put their best foot forward which could lead this to be a thrilling encounter.

George Linde is a smart bowler. He can flummox many with his left-arm spin and has accounted for four wickets so far in this tournament in three matches. In 12 overs he bowled, Linde has so far conceded 83 runs and his economy rate of 6.91 is one of the best. He also bats at number five for Cape Cobras and has so far mustered 49 runs at a strike-rate of 144.11. Linde can be a useful captain option for this match.

JJ Smuts travelled to Pakistan recently for a T20I series and joined the Warriors in time to feature in the tournament. Batting in the middle-order, the all-rounder is yet to set the stage on fire. Smuts has so far scored 49 runs in two outings at a strike-rate of more than 130. However, he has been expensive with the ball conceding 50 runs in five overs. Nevertheless, he is a partnership breaker and can churn out crucial Fantasy points if made captain. 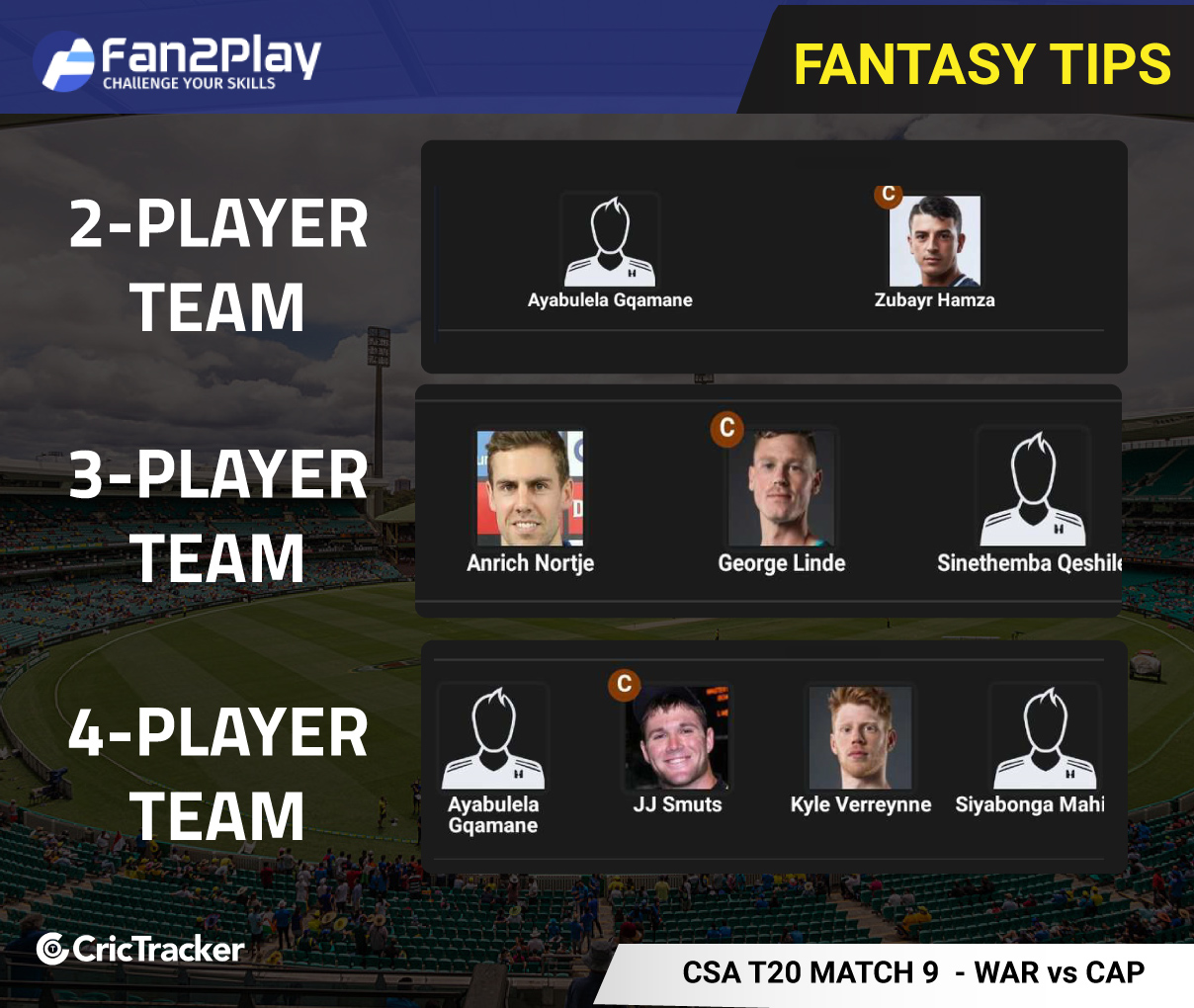