The 9th match of the CSA T20 Challenge 2021 will be played between Warriors and Cape Cobras on 23rd February at Kingsmead in Durban.

The match is scheduled to start at 10:00 AM local time (1:30 PM IST) and it will be streamed live on Star Sports Network and also on Disney+Hotstar.

In the 9th match of the 2021 edition of the CSA T20 Challenge, Warriors will take on Cape Cobras. Both teams are yet to open their account this season. Warriors will feel very unlucky after their last defeat where they fell short by just 3 runs against Dolphins. They lost both of their first two matches and will be eager to get their first win in this upcoming match.

On the other hand, Cape Cobras are having a disastrous season so far. They have lost as many as three matches they played and are placed at the bottom on the points table. They will be looking forward to winning this match and get their momentum back on track.

The weather here in Durban is not suitable for play as Isolated thunderstorms are expected throughout the day. The temperature will hover around 29 degrees Celcius range.

The pitch here at Kingsmead is a balanced one. It has something to offer for both batsmen as well as bowlers. Wicket gets easier to bat on as the match progresses hence chasing should be a better option on this venue.

Sinethemba Qeshile has been in brilliant form with the bat in two matches he played for his team where he scored 80 runs at a strike-rate of 121. He is also the leading run-scorer for his team this season.

Ayabulela Gqamane bowled well in both matches. He has picked up 4 wickets at a good economy of under 6 runs per over. He is someone who can also score some handy runs with the bat.

Anrich Nortje has scalped only one wicket in 2 matches so far for the Warriors but he is a premium pacer who could create havoc in the opposition mind.

George Linde did a good all-round job for the Cobras in the three matches he played this season. He scored 49 runs at a strike-rate of 144 and picked up 4 wickets as well.

Siyabonga Mahima is the leading wicket-taker for Cobras in this season so far. He scalped 7 wickets at an economy of 7.5. He can pick wickets at regular intervals for his team. 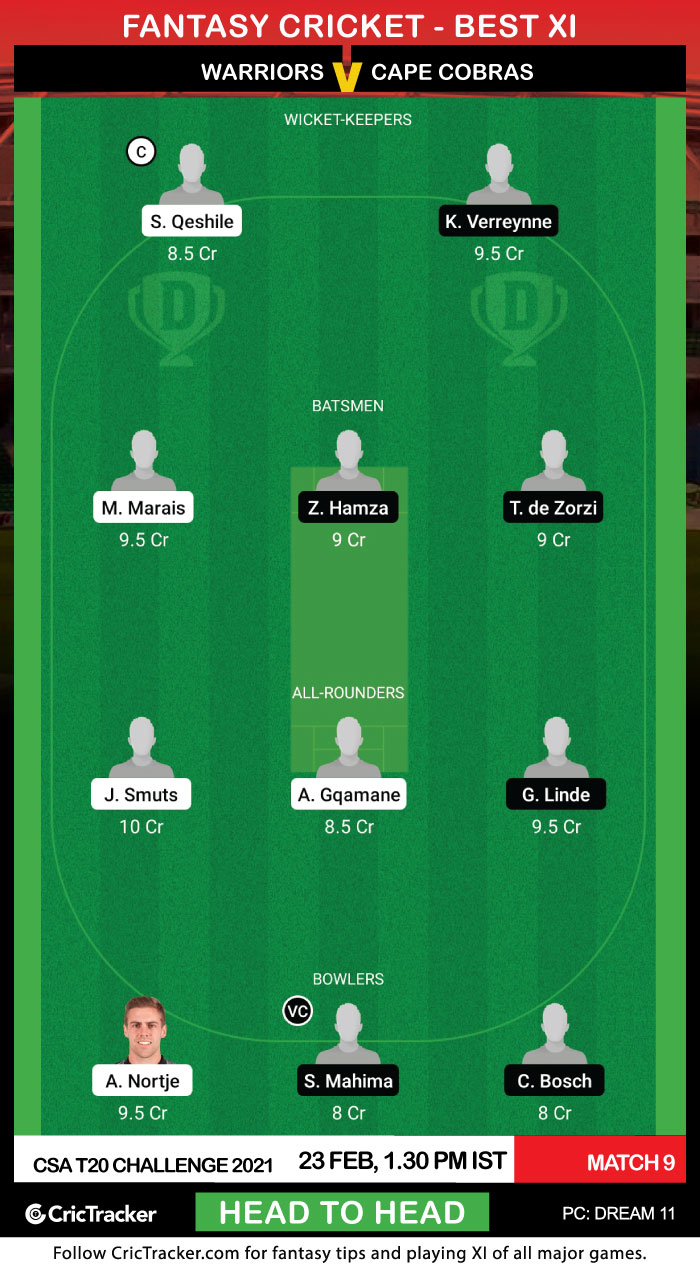 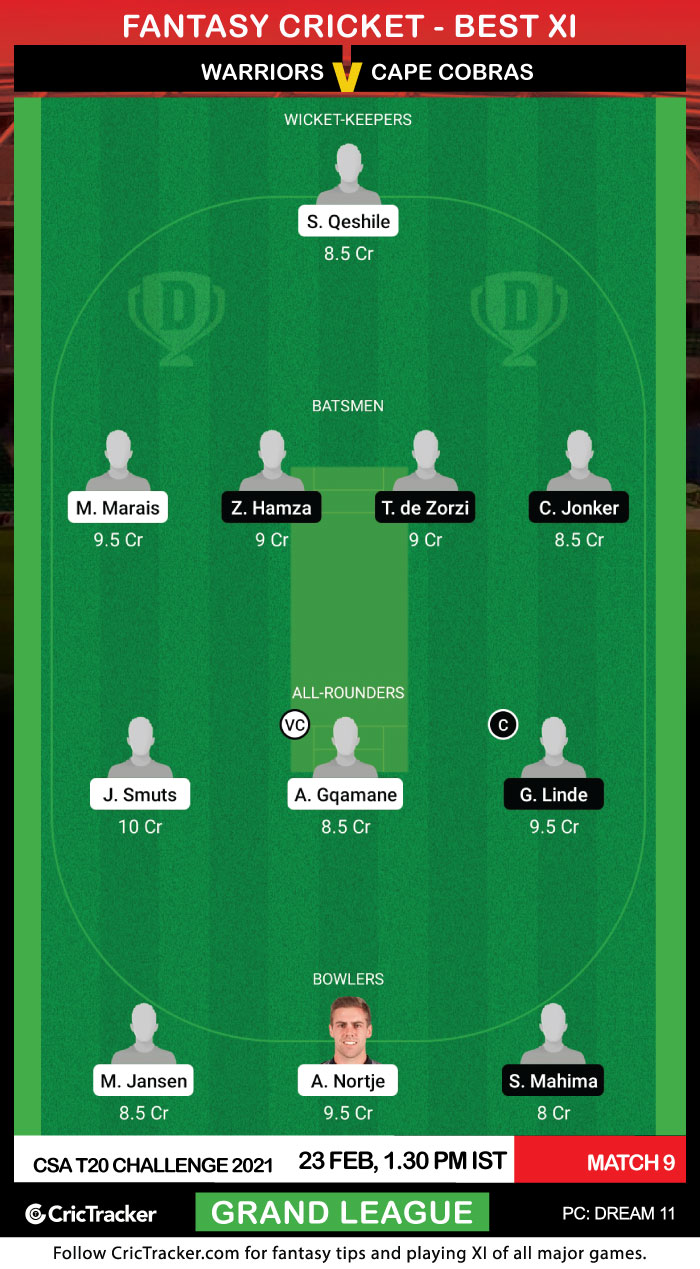 You must pick Kyle Verreynne in both of your dream11 fantasy teams as he was in brilliant form with the bat in the last match where he scored 45 runs off just 34 deliveries at a strike-rate of close to 150.