South Africa Under-19 are expected to win this match.

South Africa Under-19 will lock horns with North West Dragons in the Pool C contest of the CSA T20 Cup 2021. South Africa Under-19 in their first battle with Easterns, failed to defend the total of 172 runs posted by them. After that loss, they are positioned on the third spot and will look to win the remaining matches in the contest.

North West Dragons, on the other hand, are on the same track as South Africa Under-19. North West Dragons didn’t get the expected start and lost their first match against Dolphins. There is plenty of scope for improvement in all the departments and they will need to back themselves in the upcoming fixtures.

It looks like a balanced surface that will get slow down as the game progresses. Chasing is always a challenging task in this venue, and hence, whoever wins the toss should bat first.

Dewald Bravis has played a good knock with both the bat. He scored 46 off 25 balls, which included 2 boundaries and 4 sixes.

The skipper of the side George Van Heerden is the other player to be picked from the South Africa Under-19. His 34 off 26 helped his team to post a challenging total on the board.

Eben Botha gave a flying start to his team that they expected from him. He scored 41 runs at a strike rate of well above 240.

Senuran Muthusamy has been decent with both the bat and the ball. He scored 10 runs and picked a wicket in the first match against the Dolphins. 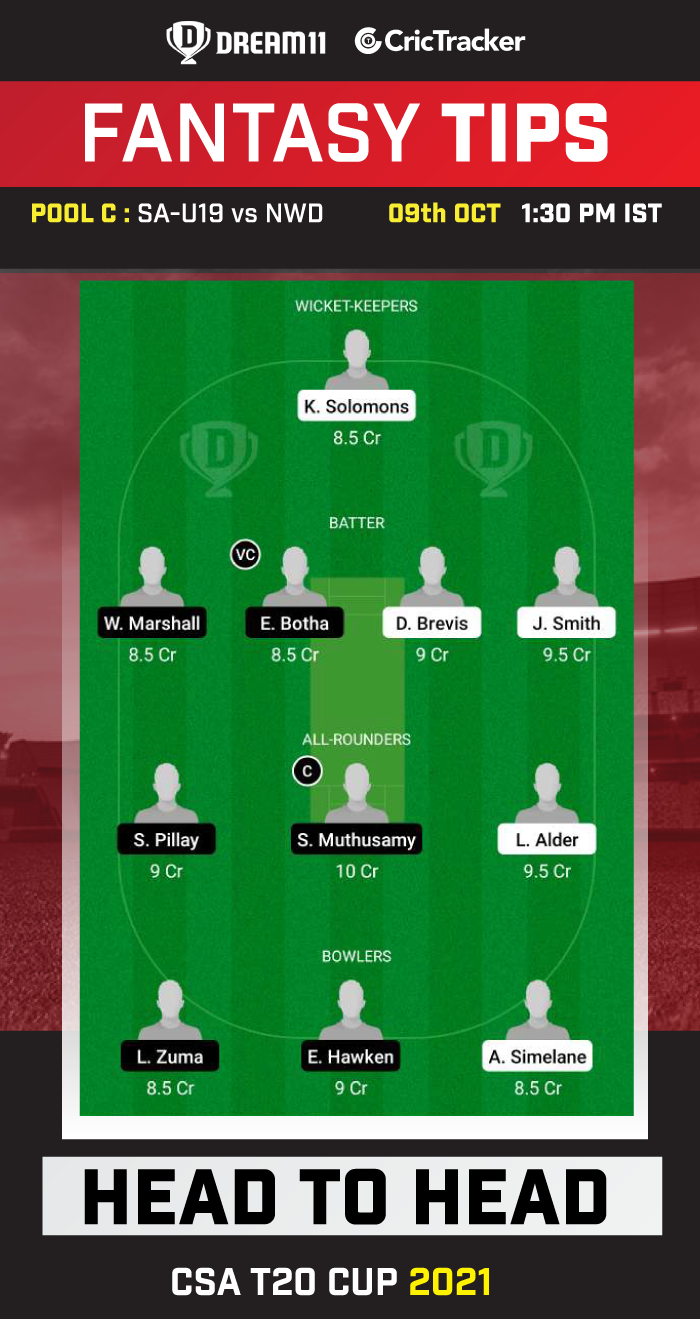 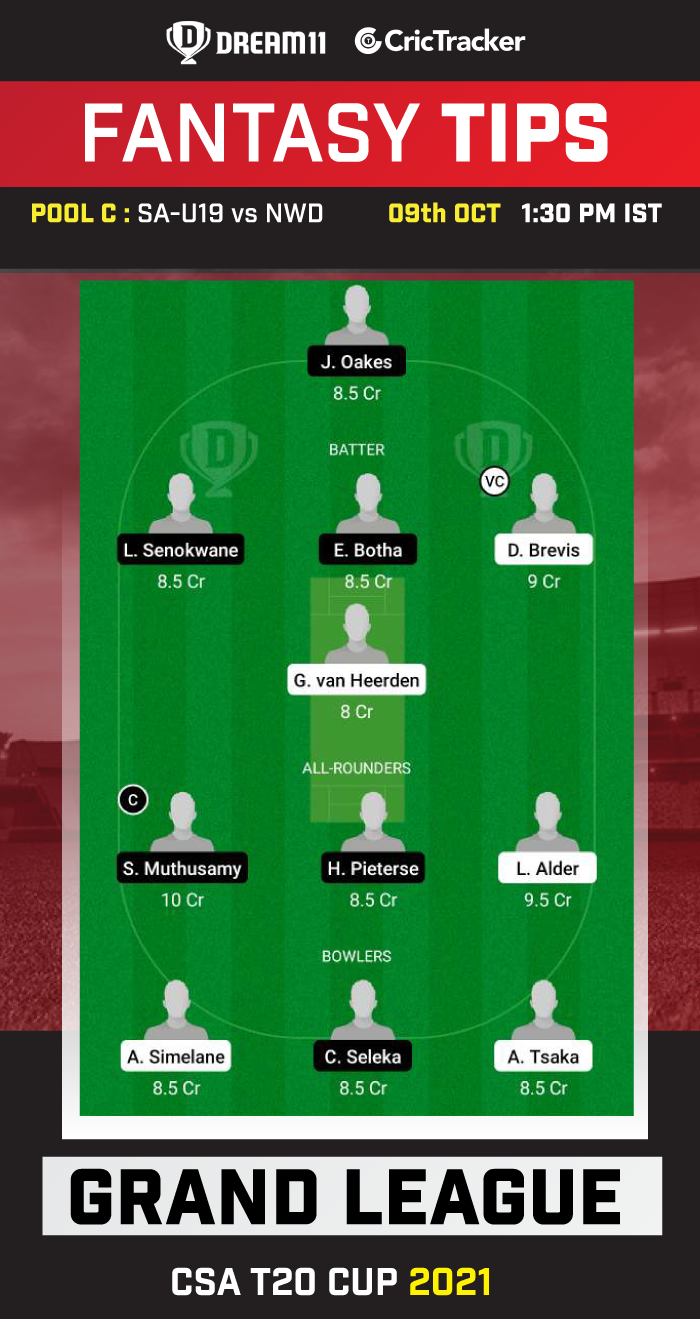 South Africa Under-19 are expected to win this match.