The last doubleheader of the IPL 2020 will be witnessing at least two teams out of playoff race. 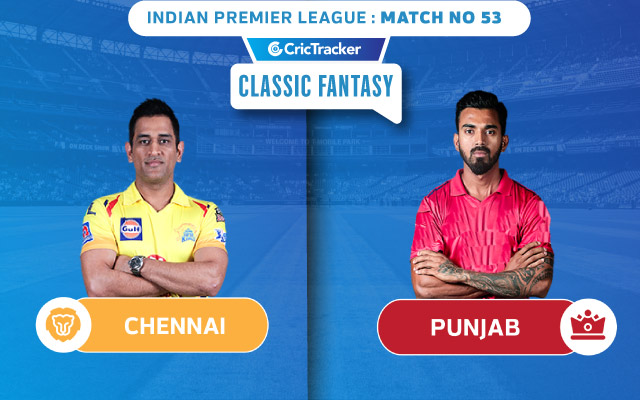 The Sunday’s doubleheader in the 2020 Indian Premier League (IPL) will be a do-or-die affair for the teams barring the Chennai Super Kings who are already out of playoff race. Each team will be looking at a lot of scenarios for finishing in the top four and hence, everyone will be coming out to put some extra effort with the bat. Irrespective of the playing conditions, we could see teams bat with aggressive intent for scoring extra runs to improve their NRR.

Schedule logistics around CSK vs KXIP & KKR vs RR

A high-scoring battle for CSK vs KXIP?

The presence of medium-fast pacers and spinners in the CSK line-up could well end up playing into the hands of Kings XI Punjab who are bulked with the presence of Chris Gayle and Nicholas Pooran in the middle-order.

The NRR factor during KKR vs RR?

Both KKR and RR will be playing for winning by a big margin which could result in a run-fest. Hence, making the top-order batsmen of this game as multipliers will be the ideal choice.

Against CSK, the Universe Boss could produce a big knock which is why we made him the captain of the fantasy team while Nitish Rana is vice-captain for his good numbers as an opener. 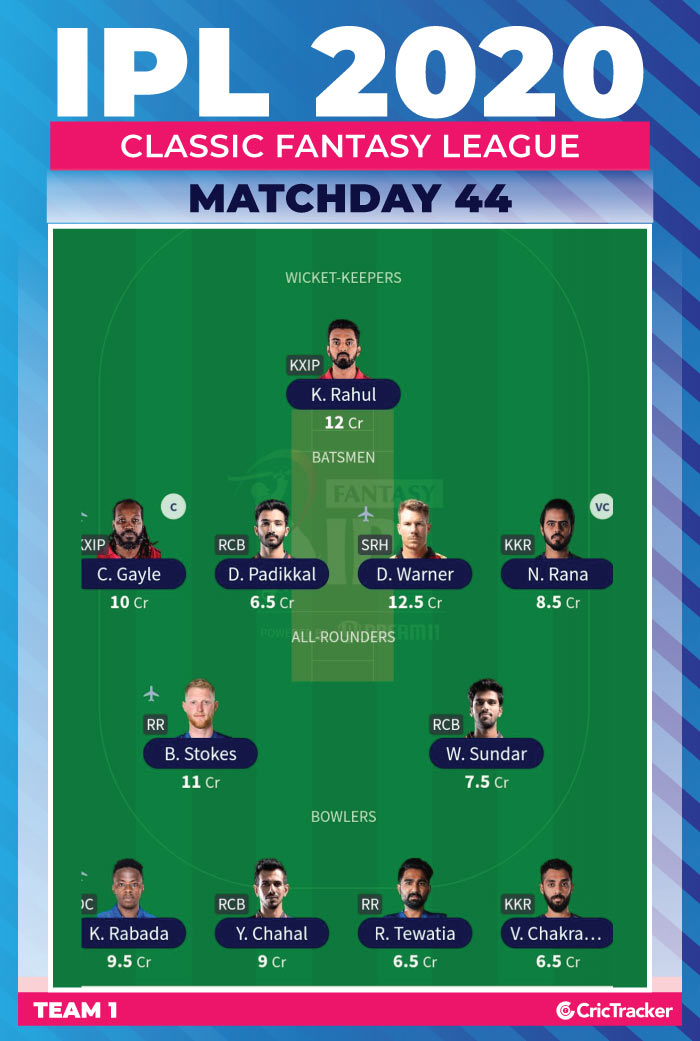 Making KL Rahul the vice-captain of fantasy team will be a safe option given the possibility of him scoring 30-40 runs every game while the in-form all-rounder Ben Stokes will be crucial in the fantasy team on Sunday. [Pick Mayank Agarwal instead of Mandeep Singh as Mayank comes in and opens the batting.] 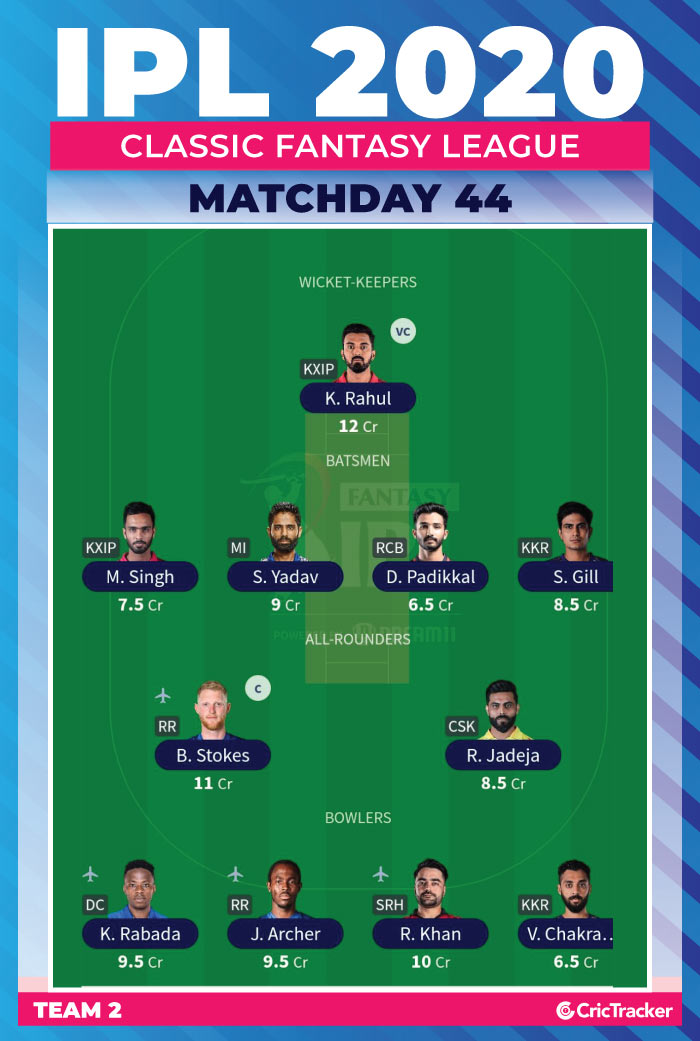