A slow track is expected in Abu Dhabi for the battle between Chennai Super Kings and Rajasthan Royals. 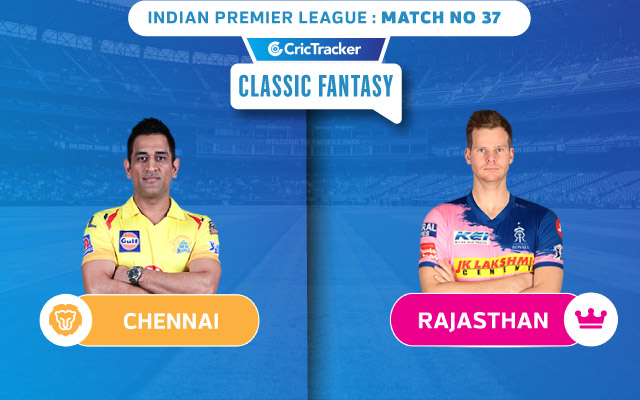 After a thrilling weekend matches, the Rajasthan Royals will lock horns with Chennai Super Kings on Monday. This match will be quite important in the 2020 Indian Premier League (IPL) which could decide which team will be getting knocked out of playoff race. Currently, both CSK and RR have won only three games apiece across nine matches played. The loser of this fixture will no longer able to reach 16 points which is something every team aims for getting into the top four.

Schedule logistics around CSK vs RR

Mumbai Indians doesn’t play until Friday which makes it easy to remove their players and pick one each from CSK and RR. Kings XI Punjab is playing again on Tuesday so no player from their team should not be removed.

Jadeja for CSK vs RR?

Ravindra Jadeja has been at his best with the bat in IPL 2020 as he produced a couple of cameos down the order. In the previous game, his knock seemed to have won the game for CSK but his last over put the match in DC’s hands. However, on Monday, a special with the ball could be on cards from Jadeja when he faces the Rajasthan Royals. The No.8 ranked team has got Steve Smith and Robin Uthappa who have shown struggles facing the left-arm spinner. Hence, for this fixture, Jadeja will be the most important CSK player for the fantasy team.

We have brought Ravindra Jadeja and Jofra Archer into our fantasy team transferring Rohit Sharma and Rahul Chahar out. Jofra Archer has a good history of troubling the CSK batters which makes him a useful option as captain or vice-captain. 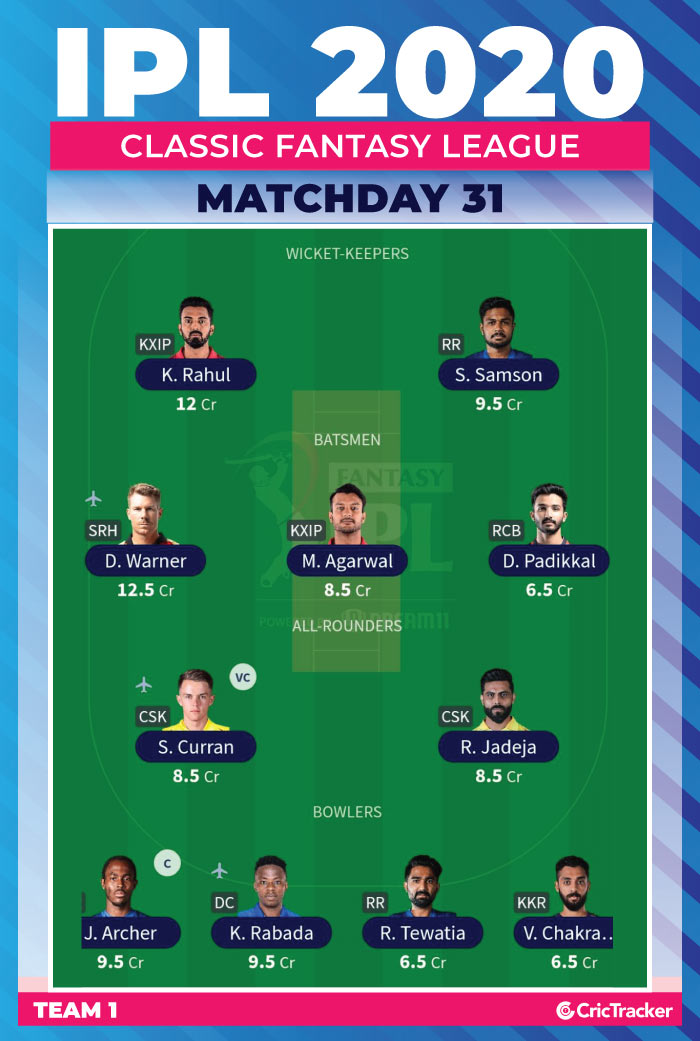 We have transferred out all the MI players we had in our fantasy team and instead, picked the likes of Ravindra Jadeja and Jofra Archer for CSK vs RR. Shikhar Dhawan is also roped in due to his current form and since DC will be facing KXIP on Tuesday. 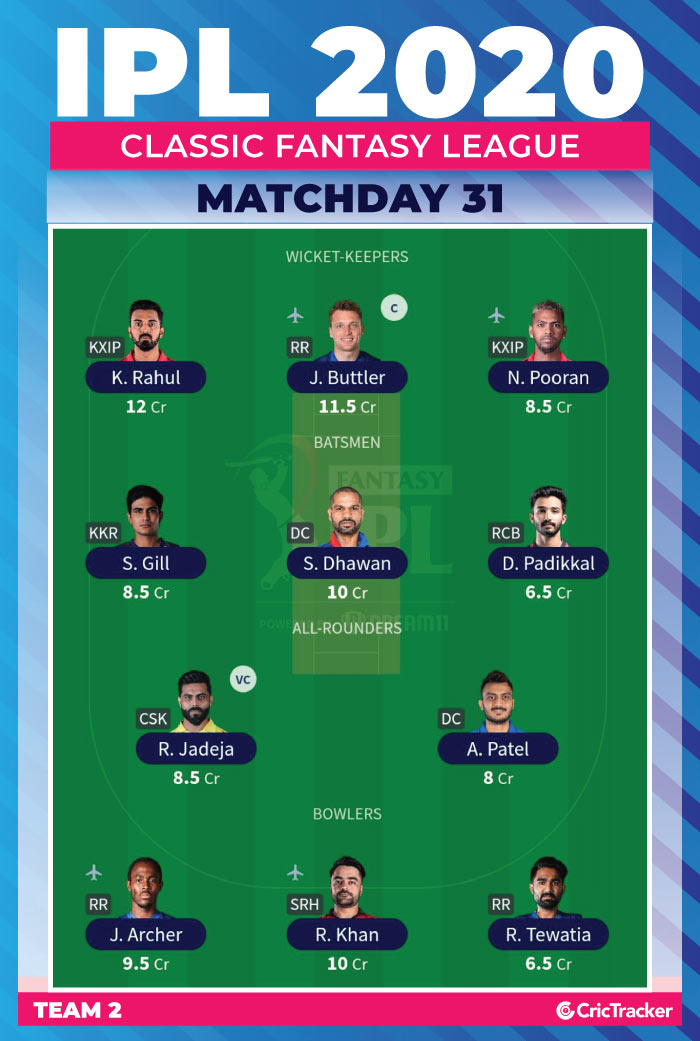