In 12 IPL games thus far between these sides, the Chennai Super Kings won 9 while the Sunrisers Hyderabad won just 3. 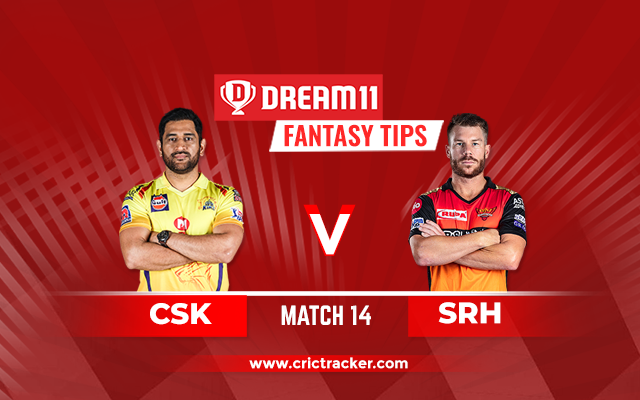 The 14th match of the Indian Premier League (IPL) 2020 will be played between Chennai Super Kings and Sunrisers Hyderabad at the Dubai International Cricket Stadium, Dubai.

After a small break, the Chennai Super Kings (CSK) will be back on the field as they gear up to square off against the Sunrisers Hyderabad (SRH). There has been so much talk about the Super Kings over the last few days, a team that has lost two games in a row, and is currently at the slumped down the points table. MS Dhoni and his men have got quite a few questions to answer but the return of Dwayne Bravo and Ambati Rayudu is expected to be a relief.

The Sunrisers Hyderabad, meanwhile, have an exactly opposite progression chart in the league. The ‘Men in Orange’ lost their first two games but got back on track in the last game against the Delhi Capitals (DC). Yet, they are also bogged down by a few questions about the composition of the side. Moreover, CSK having a 9-3 lead in the head-to-head record is not something that would please them and they would like to improve upon that.

The testing conditions in the UAE have been a challenge to all the players. Once again in Dubai, it is going to a hot and humid day.

Dubai is the only venue where teams chasing haven’t won a single game thus far. While there were extraordinary efforts to level the scores on a couple of occasions, the teams chasing here have really found it tough and have hardly been in the game. The spinners have got some purchase off this track.

Dwayne Bravo and Ambati Rayudu are available for selection for this encounter.

Faf du Plessis has been the man in form for CSK and scored 173 runs thus far in three games at an average of 87.

Ambati Rayudu looked extremely good in the first match and scored 71 runs at a strike rate of 148. Even though he missed a couple of games, he is expected to come good in this match.

David Warner scored only 87 runs in three games but has been making great efforts to post a big score. He could be back at his best against CSK.

Jonny Bairstow has registered two fifties already in the tournament and mustered 119 runs at an average close to 40.

Shane Watson has got starts but hasn’t been able to convert them. As a result, he only scored 51 runs in three games. But he has shown several times in the past how lethal he can be when he gets going and has a decent record against SRH.

Manish Pandey mustered 88 runs in three games and has been playing the anchor at number three. He is due for a big knock in the upcoming game. 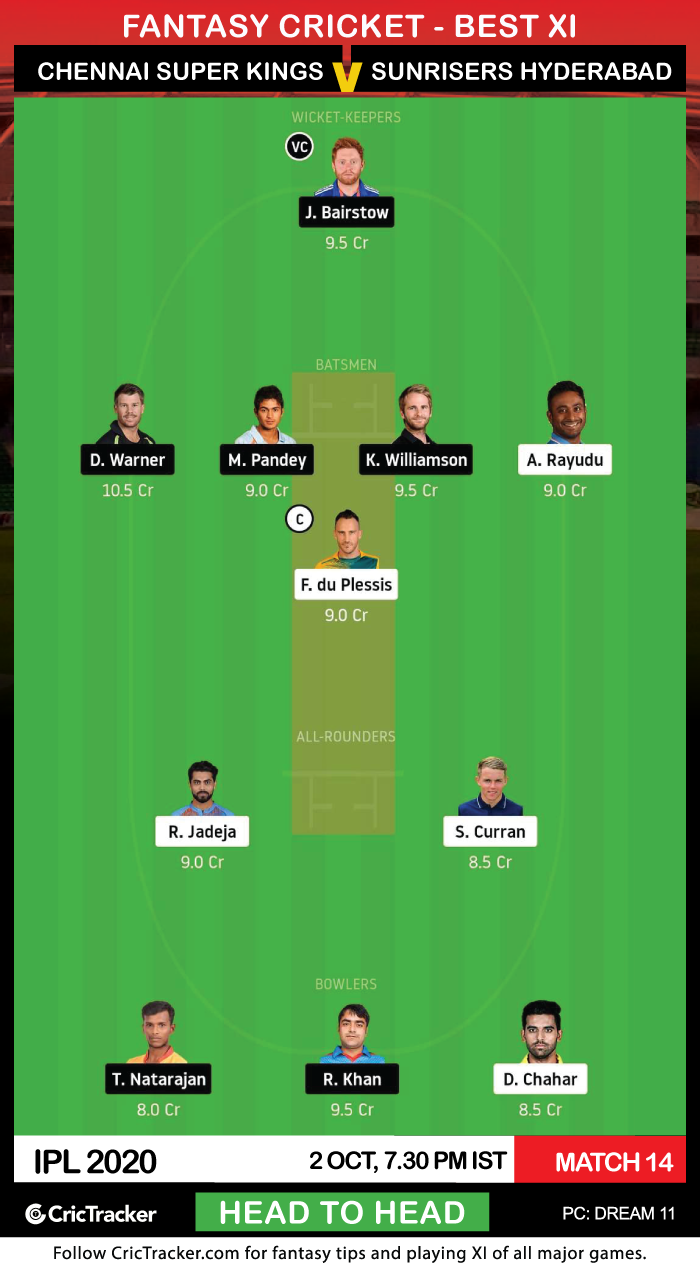 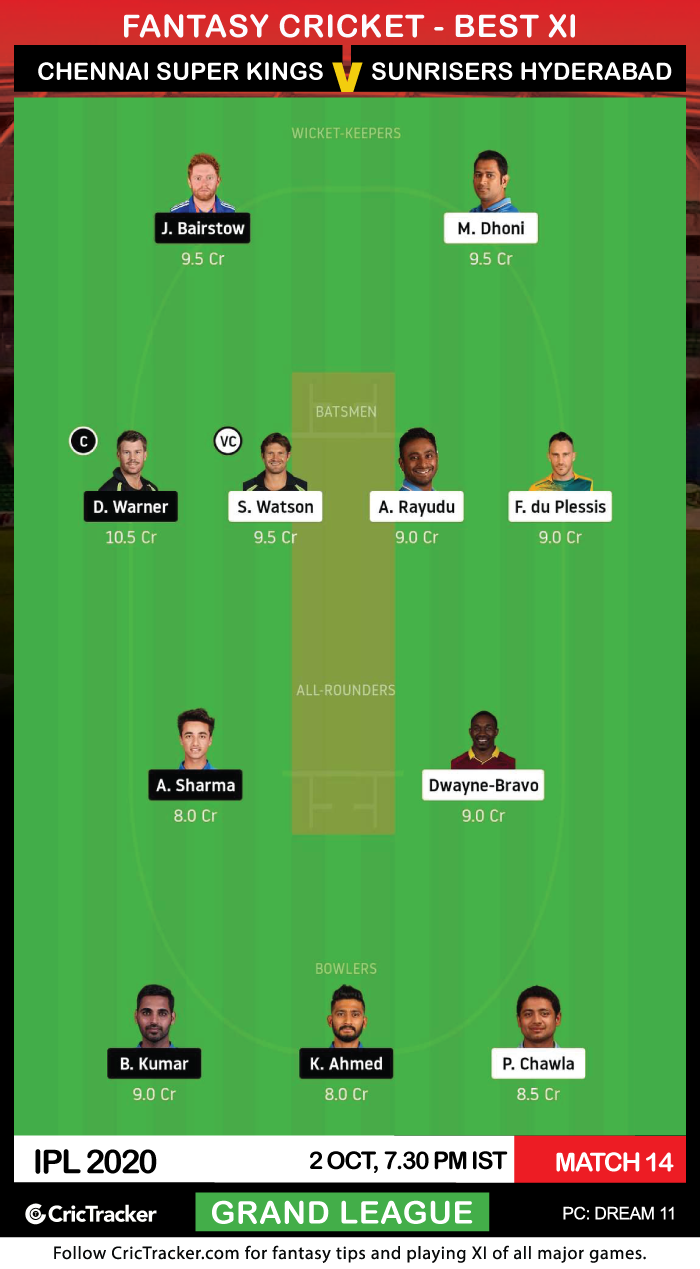 Dwayne Bravo hasn’t played a lot in recent times and had fitness issues even during CPL 2020. Playing his first match, he could be slightly rusty. Thus, it is better to pick him only in the Mega/Grand League teams.

Chennai Super Kings are expected to reign supreme in this encounter.