Dane Cleaver has been exceptional for the Central Stags.

Central Stags and Canterbury Kings will lock horns with each other for the Match 20 of the New Zealand Men’s T20. The former lost their previous game against Northern by six wickets. In the tournament so far, the Tom Bruce-led side has secured victories in three matches from the six they have played.

Canterbury Kings on the other hand emerged triumphantly over Otago in their previous game. They will aim to continue their winning momentum. The side has won three matches from the five they have played in the high-profile league so far.

The batters might enjoy some good time on this surface. The bowlers will have to maintain tight lines and lengths to reap rewards from this deck.

Chad Bowes hit a half-century in the previous match. His contributions to the top order will be pivotal for the side. He has scored 129 runs from five matches in the league so far.

Ed Nuttall is currently the highest wicket-taker for the side. He has clinched 11 wickets from five matches in the high-profile tournament so far. He will look forward to taking his good momentum further in the mega event.

Dane Cleaver has been exceptional for the Central Stags in the league until now. He played a belligerent inning of 65 runs in the last encounter against the Northern Knights. He has smashed 282 runs from six matches at an average of 56.40 in the mega event. 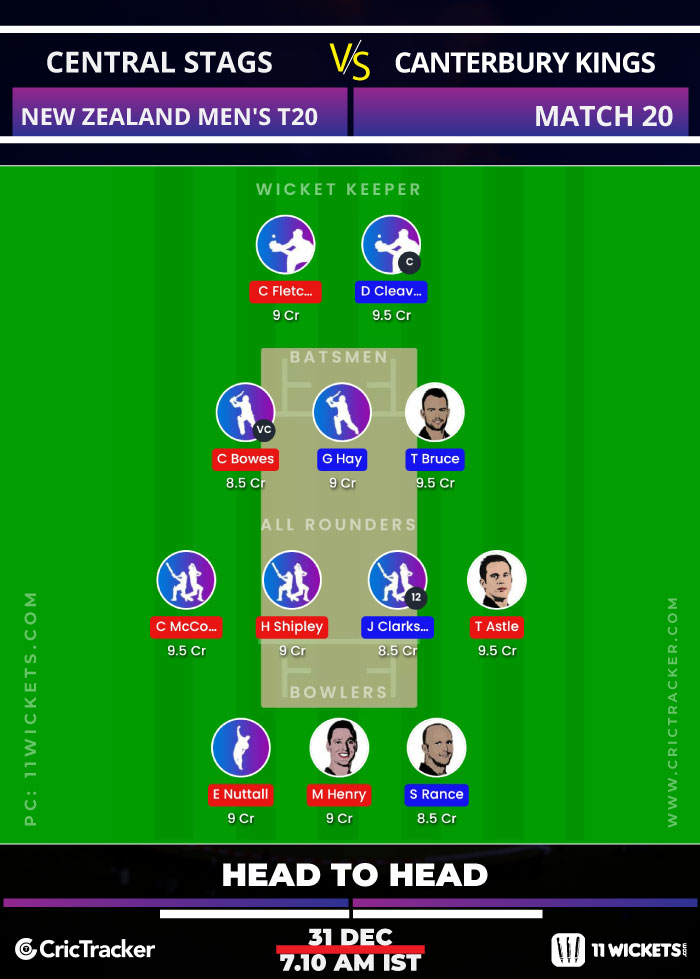 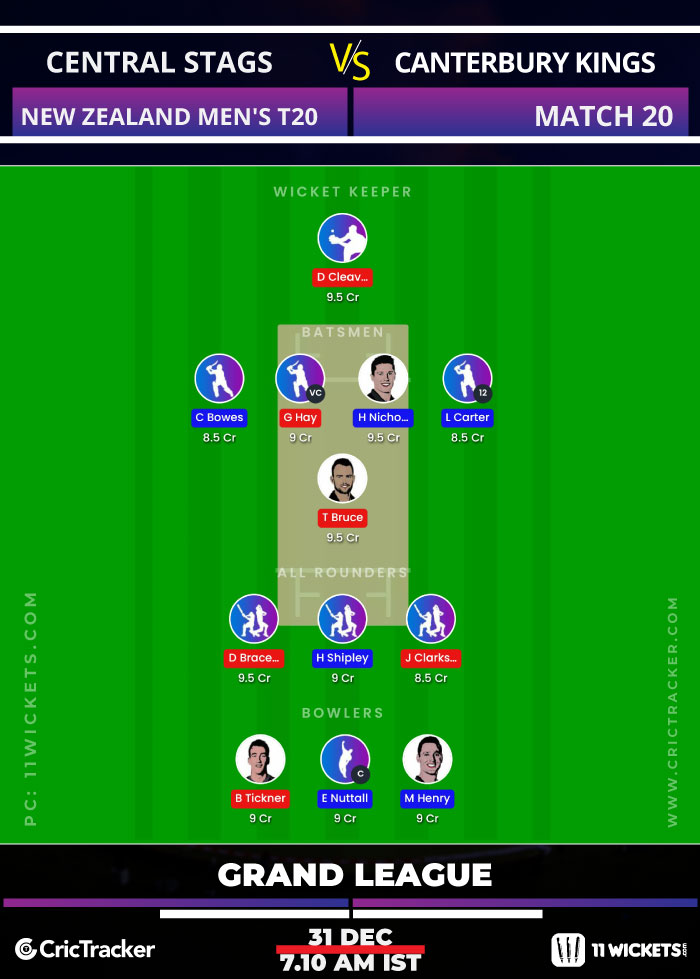