The 19th match of the Super Smash 2010-21 will be played between the Central Stags and the Otago Volts at the Pukekura Park, New Plymouth.

The 19th match of the ongoing Super Smash will see Central Stags and Otago Volts locking horns against each other. The Stags have won four matches out of six and are at the third spot in the points table. The Otago side, on the other hand, have managed to end up on the winning side only twice and will be keen on registering their third win of the season.

It will be cloudy and there is a slight chance of rain during the match. The temperature will hover around 19 Degrees Celsius.

It has been a brilliant pitch to bat at New Plymouth and both the matches here witnessed scores in excess of 200. The team winning the toss is expected to bat first. 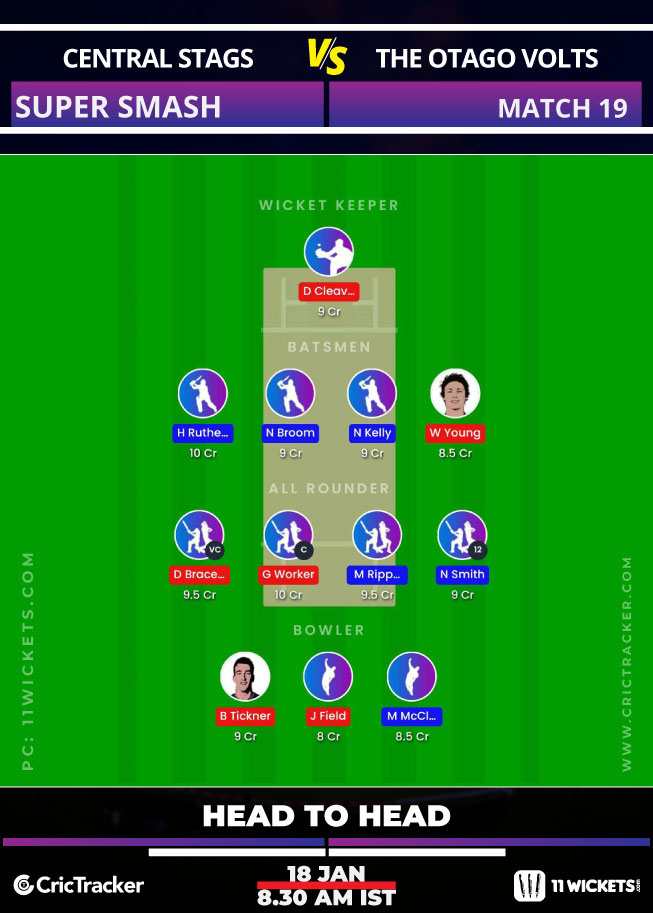 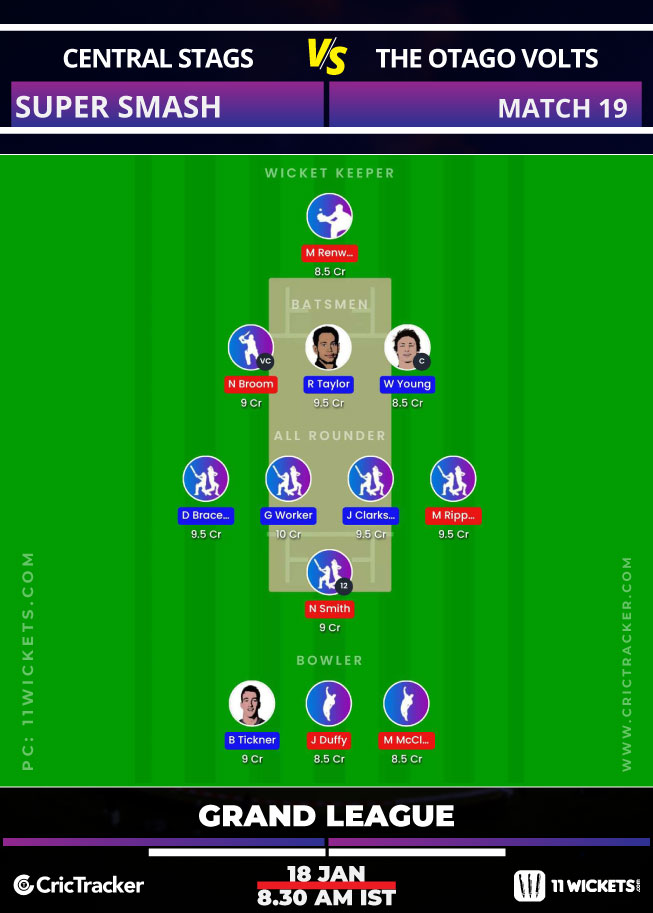 Mitchell McClenaghan has been picking wickets consistently in the last four matches and he has to be picked in your Fantasy team.