India will take on Sri Lanka in the 8th match of the ICC Champions Trophy at the Kennington Oval in London. Both teams have had contrasting starts to their campaigns in the tournament. Where India thrashed their arch-rivals Pakistan, Sri Lanka surrendered against South Africa. The two Asian countries will now face each other in what might decide the fate of the Group B. The other 2 countries in the group South Africa and Pakistan will also keep a keen eye on the game.

The defending champions were up against Pakistan in their first encounter. There was an immense build up for the game as the whole cricketing fraternity anticipated for the game. But the match didn’t live up to the expectations of an India-Pakistan clash as India proved to be too good for the neighbors. They scored 319 batting first and then bowled the opposition out for 164. It was a clinical performance which they would want to replicate against the other neighbor now.

Sri Lanka, on the other hand, made a terrible start in the tournament. They conceded 299 runs after bowling first and then were dismissed for 203. Only Upul Tharanga could go past the score of fifty and there was pretty less fight shown from others. They were without the services of the regular skipper Angelo Mathews and to make the matters worse, the stand-in captain Tharanga was suspended for 2 ODIs due to slow over-rate. They now face a stern challenge against the in-form India

Result prediction: India will win the match by 5 wickets with 6 overs to spare

Result prediction: India will win the match by more than 60 runs 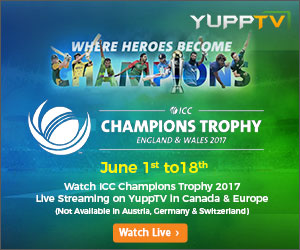 India have a wonderful record against Sri Lanka in ODIs and in recent years as well, they have been highly successful against them. They have won 12 of the last 15 matches versus the Islanders. The last time these two teams met in the Champions Trophy was in 2013 when India won in the semi-final. This year, India have a great chance to keep the winning run intact.

The openers did a wonderful job as they added 136 runs against Pakistan. Shikhar Dhawan scored 68 and Rohit Sharma went on to score 91. The skipper Virat Kohli played a magnificent unbeaten hand of 81 with Yuvraj Singh chipping in with a quickfire 53. Hardik Pandya played a cameo at the end which shows that the likes of MS Dhoni and Kedar Jadhav weren’t even required yet they scored in excess of 300. India possess a wonderful batting line-up capable of achieving any target.

The bowling was equally good in backing up the batsmen. Umesh Yadav bagged 3 wickets, Hardik Pandya and Ravindra Jadeja claimed 2 apiece and Bhuvneshwar Kumar took one. Jasprit Bumrah remained wicketless but he wasn’t required to finish his quota of overs. The bowling line-up has all the bases covered. With the new ball, during the mid stages and at the death, they have the bowlers for every occasion. After the daunting victory, it will be surprising if they make any change to the squad.

The opener Niroshan Dickwella played a decent knock of 41 in the last game but failed to convert into a big one. The absence of Tharanga might open the doors for Kusal Perera to open the innings. Dinesh Chandimal needs to do a lot more than what he has done so far. Angelo Mathews will be back which will be a huge boost for them. Chamara Kapugedera is doubtful for the match and Thisara Perera might get a look in who will do the hard-hitting job at the death along with Asela Gunaratne.

The fast bowlers Lasith Malinga, Suranga Lakmal and Nuwan Pradeep did a mighty fine job with the new ball against the South African openers and kept them quiet for long. But they gave away a flurry of runs at the death and ended up conceding close to 300 runs. Seekkuge Prasanna could well hold on to his spot and Gunaratne and Perera would play the role of the 5th bowler.

The Indian side looks far more settled than Sri Lanka’s. They have plenty of players fighting to sneak in the line-up whereas Sri Lanka have injury and suspension concerns. Going by the recent form, India shouldn’t have too much problem and should emerge victorious comfortably.
So to sum it up, the defending champions are the clear favorites and it won’t be surprising if they inflict another one-sided victory.