Catalunya CC are expected to continue their unbeaten streak by getting the better of Gracia CC.

The 23rd match of the ECS T10 Barcelona will be played between Gracia CC and Catalunya CC at the Montjuic Ground, Barcelona.

After getting defeated by Raval Sporting CC in their first match, Gracia CC are all set to take on Catalunya CC in the third match on Monday. In their first match, they failed to defend the target of 58 runs in the allotted 10 overs. Currently, they are placed at the 7th position on the Group B points table with no points.

Catalunya CC got off to a flying start to their campaign as they won both the games they played in the league so far. Hence, they ruling the 2nd position on the Group B points table. They would look to continue their winning momentum in the upcoming game against Gracia CC.

It will be mostly sunny in Barcelona with the temperature ranging between 9 to 13 degrees Celsius. There is a chance of precipitation during this match.

The pitch is expected to be a neutral one, where both batsmen and bowlers will get almost equal help. The team who wins the toss should look to chase at this venue.

112 (Five matches played at this venue)

Muhammad Armghan Khan has scored 50 runs in 2 matches at an average of 40 and a tremendous strike rate of 202. He has picked up a wicket as well.

Muhammad Safdar Khan has scored 57 runs in 2 innings, which includes a stunning half-century in the first game.

Ali Azam has bagged 3 wickets from 2 matches. His wickets came in a 3-wicket haul in the first game. 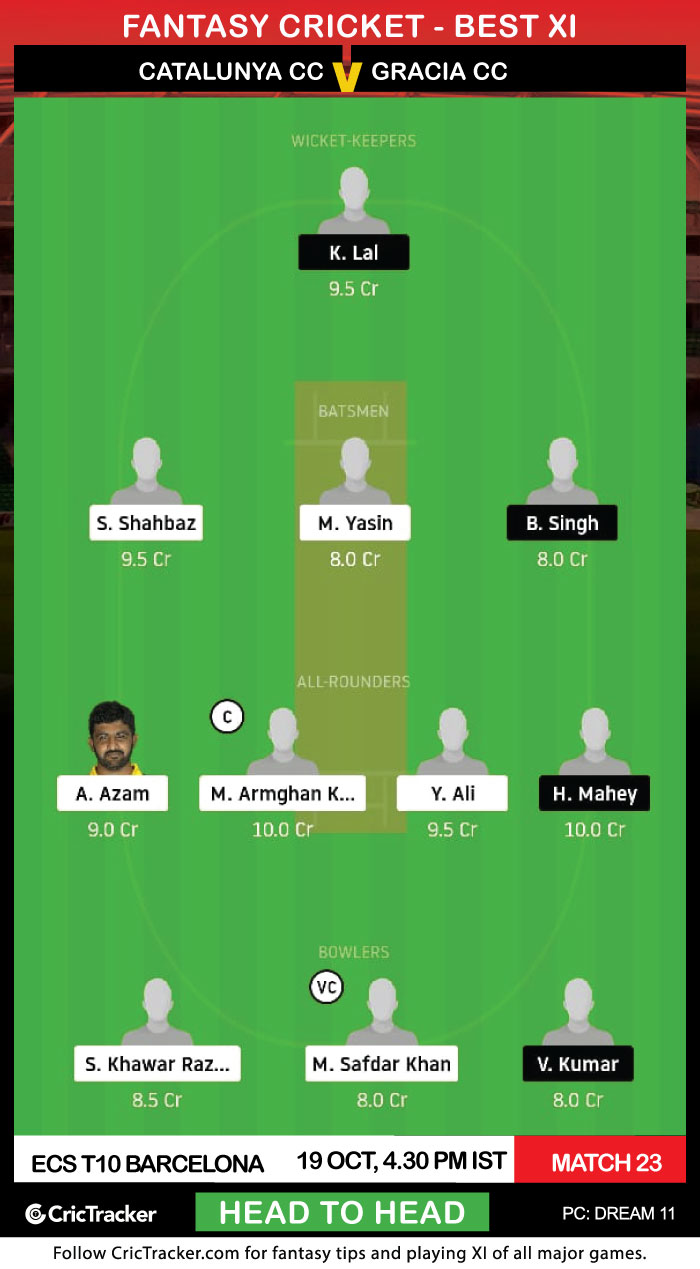 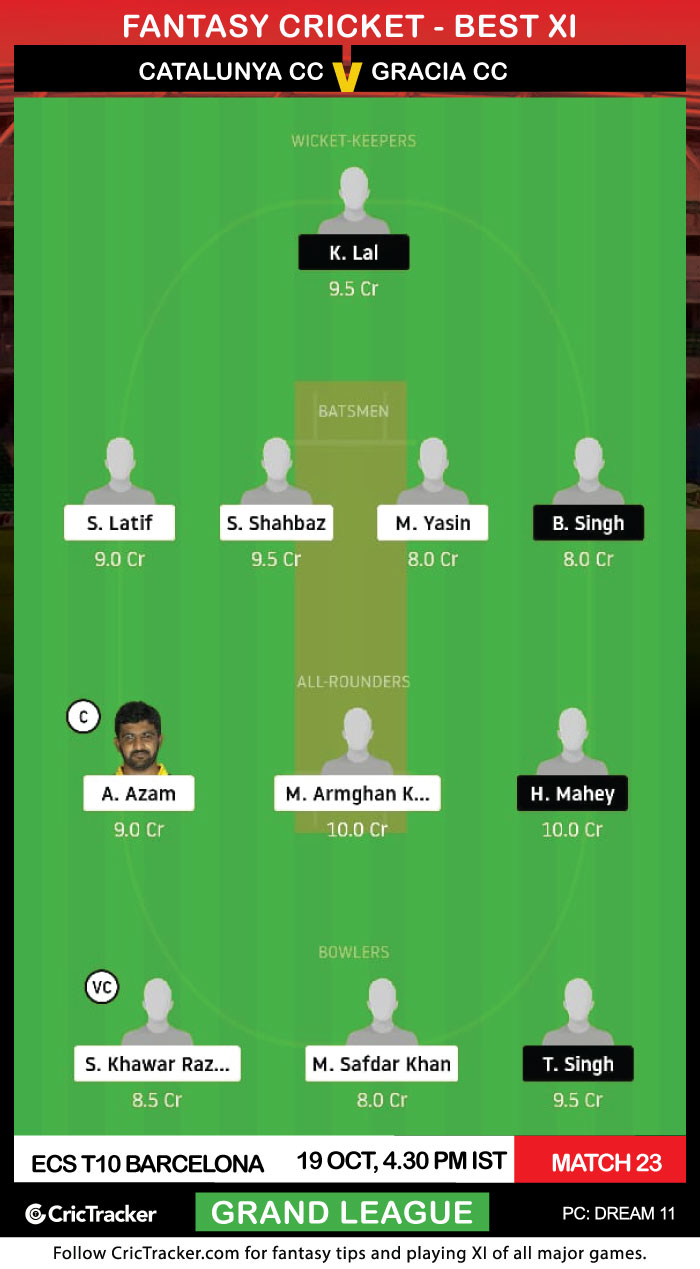 Catalunya CC are expected to win this game easily.