Lethal Catalunya CC are likely to comfortably get over the line against Bangladesh Kings CC.

The 2nd match of the ECS T10 Barcelona will be played between Catalunya CC and Bangladesh Kings CC at the Montjuic Ground, Barcelona.

On the other hand, Kings CC fell short by just 10 runs in the 2nd semi-final against Catalunya CC. They had a decent tournament in October. Both teams will look forward to winning this match and gain some valuable points at the start of the tournament, and also have momentum of their side.

It will be partly cloudy in Barcelona on Monday, with the temperature hovering around 21 Degrees Celsius.

The track at the Montjuic Ground, Barcelona is pretty good for batting in the first half. As we have seen in the last 5 matches of the previous edition, the team batting first won all of them.

Prithvi Shaw should open the innings in the second qualifier for DC: Gautam Gambhir

‘Greats like MS Dhoni, Suresh Raina and Faf du Plessis help you’ – Lungi Ngidi on his IPL stint with CSK

Jubed Miah was the highest run-scorer for Kings CC in the last edition of ECS T10 Barcelona. He scored 282 runs in 9 matches at a strike rate of 165.

Yasir Ali scored 202 runs in 8 innings at a brilliant strike rate of 217 in the last edition. He can score big in this match as well.

Saqib Muhammad was in brilliant form with both bat and ball in the previous instalment. He has picked up 8 wickets in 9 matches and has also scored 101 runs at a strike rate of 191.

Mohammad Yasin is in great form with both the bat & ball. He has picked up 10 wickets and scored 182 runs in 9 matches he played. 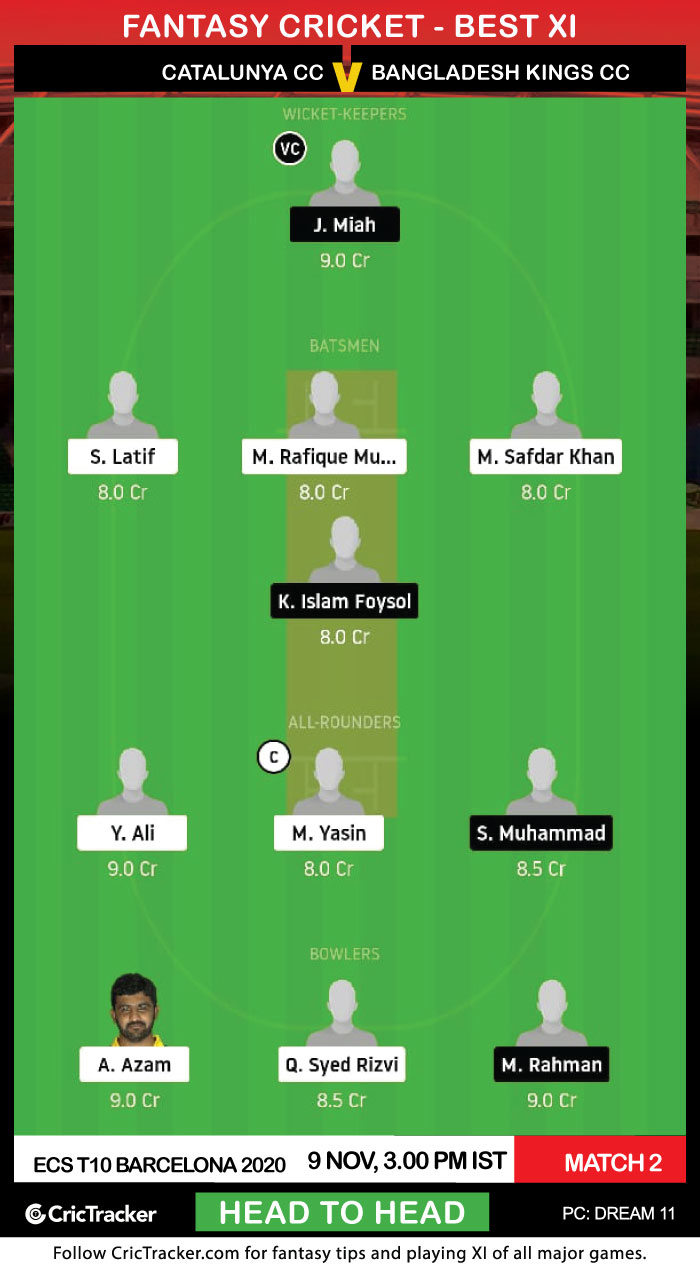 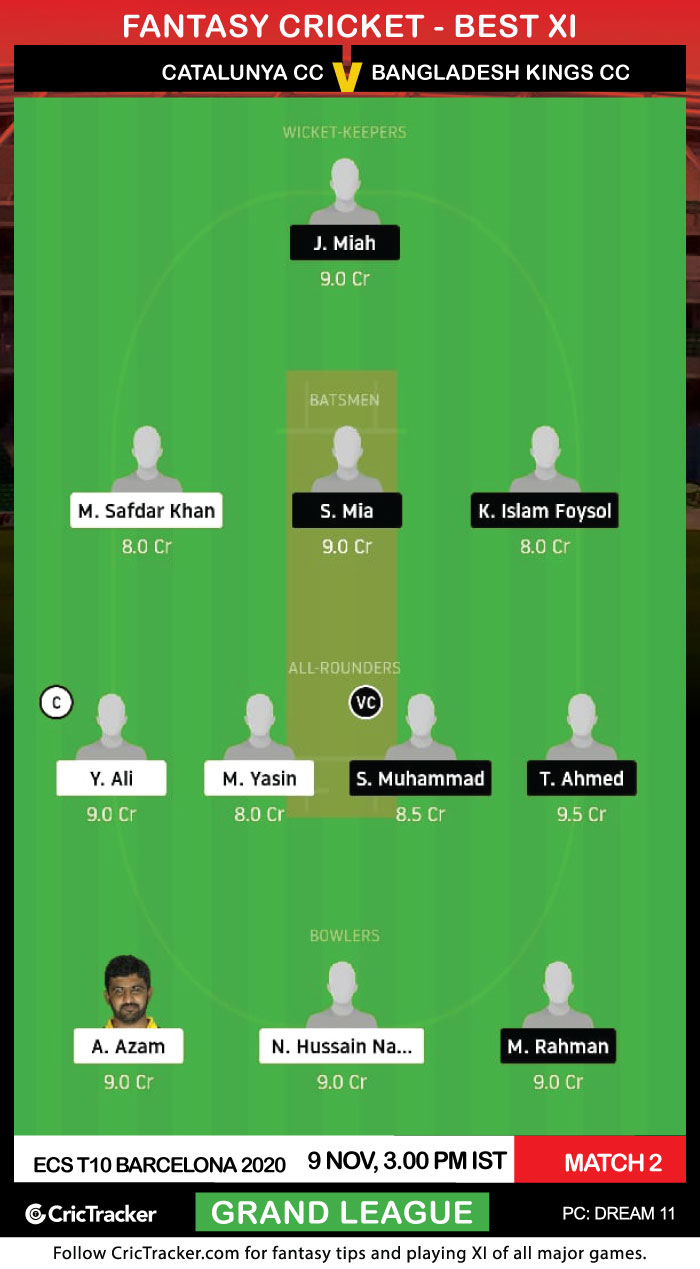 It is advisable to pick Jubed Miah as the vice-captain of any one of your Dream11 Fantasy teams. He was in great form with both the bat in the previous edition.

Catalunya CC are expected to win this match.