Keeping their unbeaten run going, Catalunya CC are expected to seal a berth in the final beating Kings CC.

The 2nd Semi-Final of the ECS T10 Barcelona 2020 will be played between Catalunya CC and Kings CC at the Montjuic Ground, Barcelona on Friday.

Catalunya CC and Kings CC will face each other in the second semi-final of the tournament at the Montjuic Ground, Barcelona on Friday. Catalunya CC are unbeaten in this tournament so far and they will look forward to continue their winning momentum and book their spot for Finals.

It will be mostly sunny during the match time in Barcelona on Friday. The temperature will loom around 22 degrees Celsius with only 10% chances of precipitation.

The pitch at Barcelona has been pretty good for batting in 1st Innings. As we have seen in the last few matches, chasing teams only won 1 out of 5 matches played.

Jubed Miah is the highest run-scorer for Kings CC in this tournament so far. He has scored 176 runs in 7 matches.

Muhammad Armghan Khan is in tremendous form with the bat in this tournament so far. He has scored 199 runs in 7 matches with an average of 39.80.

Saqib Muhammad is the highest wicket-taker for Kings CC. He has picked up 6 wickets in this tournament.

Mohammad Yasin is in brilliant form with both bat and ball as well. He has picked up 10 wickets in 7 matches he played. He also scored a match-winning 73 off just 31 deliveries in his last match against Falco Zalmi CC. 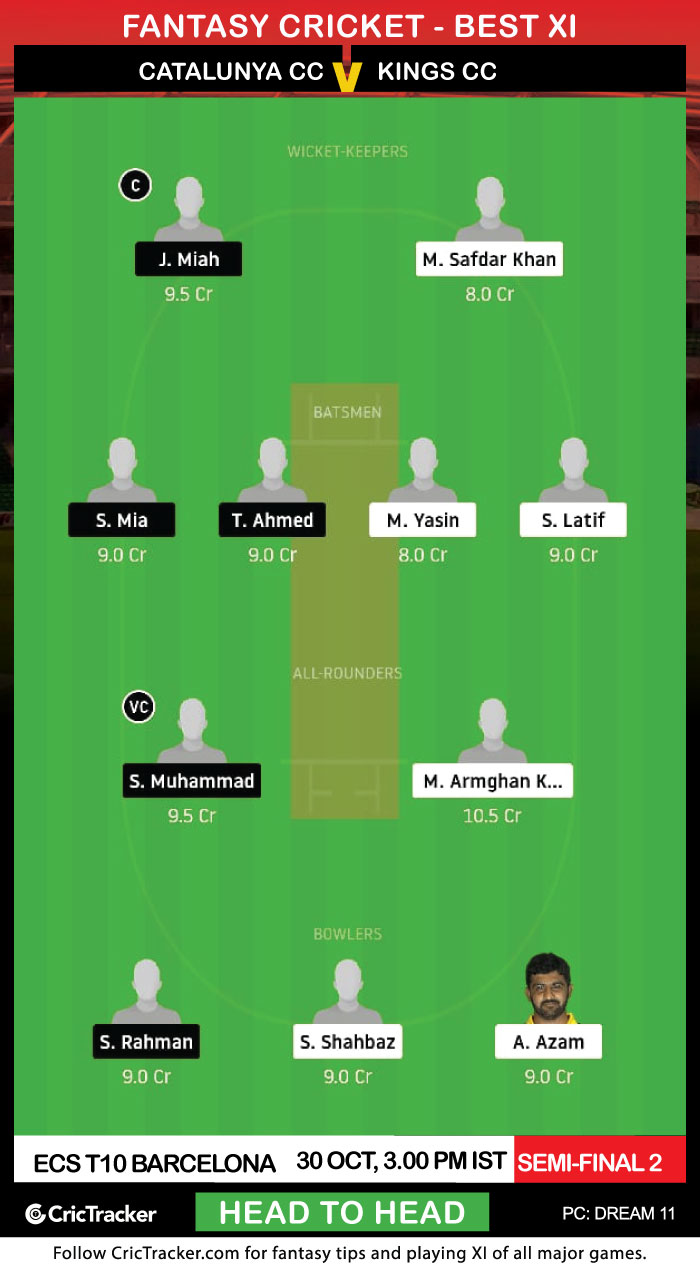 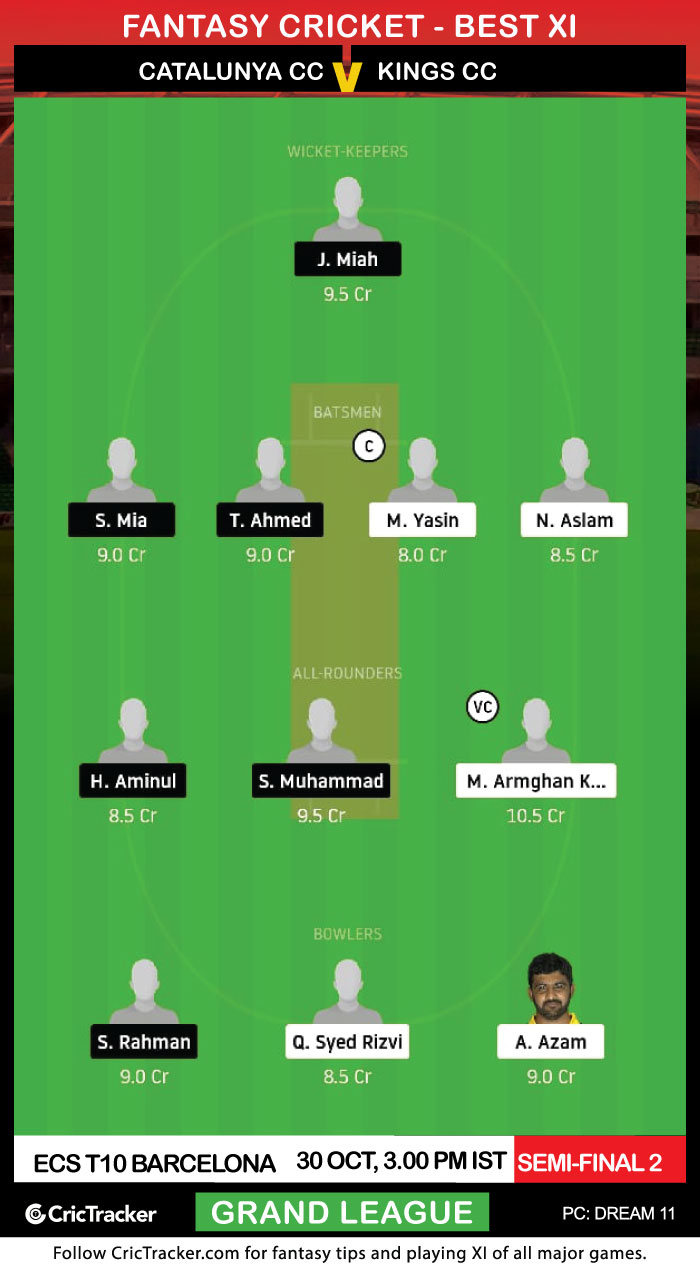 It is advisable to pick Yasir Ali as the captain of either of your 2 Dream11 Fantasy teams. He has been doing well with both the bat and ball and might play a key role in this game.

Catalunya CC is expected to win this match.