After a dominating victory in their last game, United CC Girona are expected to beat Catalunya Tigers CC.

The 27th match of ECS T10 Barcelona 2020 will be played between Catalunya Tigers CC and United CC Girona at Montjuic Ground, Barcelona.

The game is scheduled to start at 04:30 PM IST and will be streamed live on FanCode.

Catalunya Tigers CC and United CC Girona will face each other in the 27th game of the tournament at the Montjuic Ground, Barcelona on Tuesday. This will be the first match of the day for both teams and hence both the teams will come into this game rejuvenated and refreshed.

Catalunya Tigers CC are placed at the 3rd spot of the points table, having won 2 out of 4 matches they have played so far. On the other hand, United CC Girona are placed just above them, having won two out of three matches. Both teams have some quality players in their ranks and would like to cement their place in the top two.

It will be mostly cloudy during the match time in Barcelona on Tuesday. The temperature will loom around 22 degrees Celsius.

The track at Barcelona has been pretty good for batting. However, bowlers who have maintained a decent line and length have also been successful so far on this surface.

Also Read – ‘If you use your brain, you can play irrespective of your age’ – Javed Miandad’s suggestion to MS Dhoni

I just couldn’t do ordinary stuff when MS Dhoni was around: Dinesh Karthik

Muhammad Ehsan is the second-highest run-scorer of the tournament so far. He has scored 123 runs in 3 matches at a brilliant strike-rate of 220.

Ghulam Sarwar has grabbed 7 wickets in 4 games so far and can come in handy in this game. He is currently the joint highest wicket-taker of the tournament.

Davinder Singh Kaur is the highest run-scorer for Catalunya CC Tigers. He has scored 75 runs in 3 innings at a strike rate of 175.

Khalid Ahmadi has picked 7 wickets in 3 games so far and is looking in great form. He has been United CC Girona’s best bowler in this competition.

‘You asking that question?’ – Chris Gayle reveals why he was angry and upset during KXIP vs MI encounter 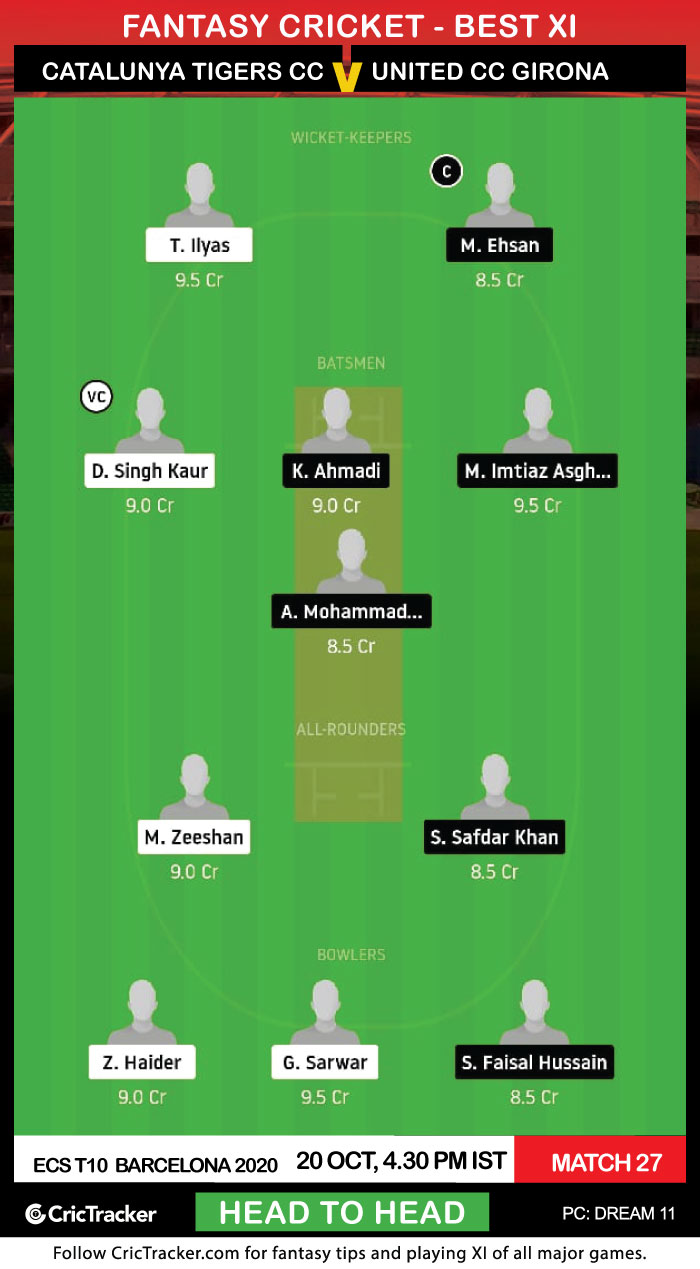 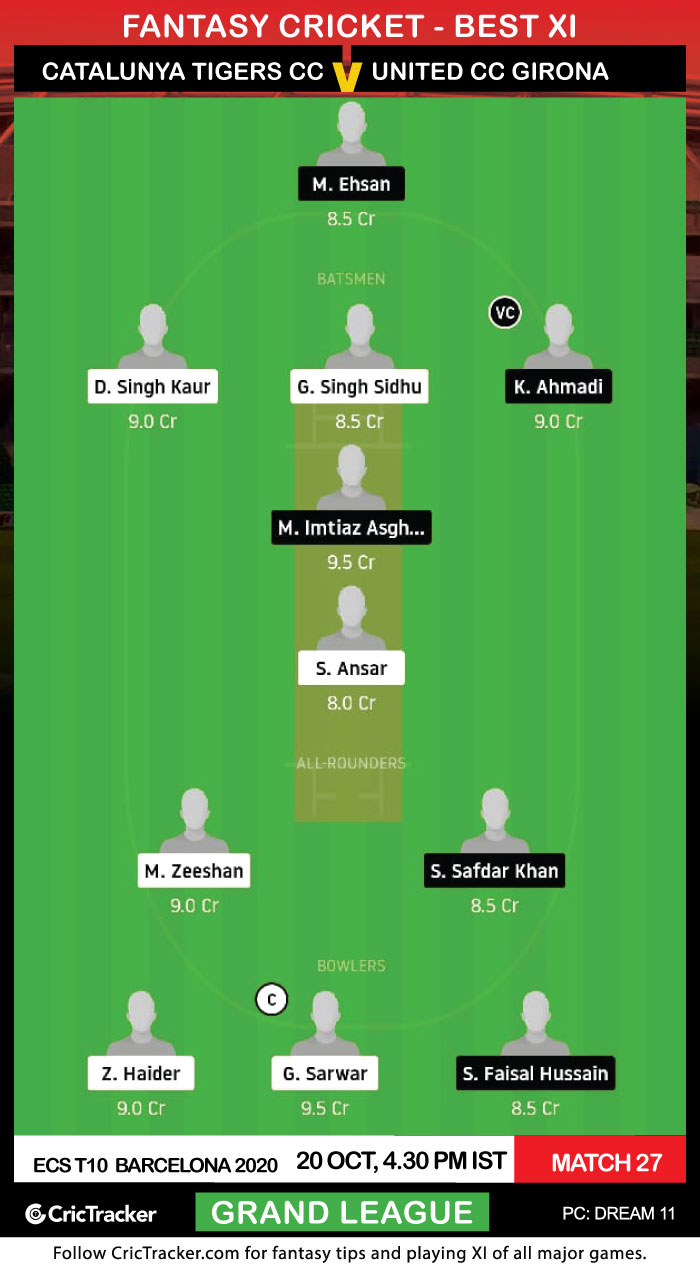 The batsmen have dominated so far in this league. Hence, it is advisable to pick more batsmen in both of your Dream11 Fantasy teams.

United CC Girona are expected to win this match.