Dasun Shanaka was outstanding for Galle Gladiators in the last edition of this competition.

Dambulla Giants and Kandy Warriors will lock horns in the second match of Sri Lanka T20 2021. The former had a decent outing in the last season. They did well to finish in the top four places, but then lost in the semi-final match.

Kandy Warriors, on the other hand, had a very underwhelming season last year. They won only two of their eight matches and could never really get any momentum. Under the leadership of in-form Angelo Perera, they will be looking for a major makeover.

The wicket here at the R Premadasa Stadium is a pretty neutral one, where both batters and bowlers will equal almost equal assistance.

Dasun Shanaka was outstanding for Galle Gladiators in the last edition of this competition. He scored 275+ runs and also picked up 4 wickets.

Niroshan Dickwella was also superb with the bat in the previous edition. He scored over 250 runs and is also a livewire behind the stumps.

Angelo Perera scored 225+ runs whilst representing the Galle Gladiators last year and he also did well in the recently concluded UAE T10 League. 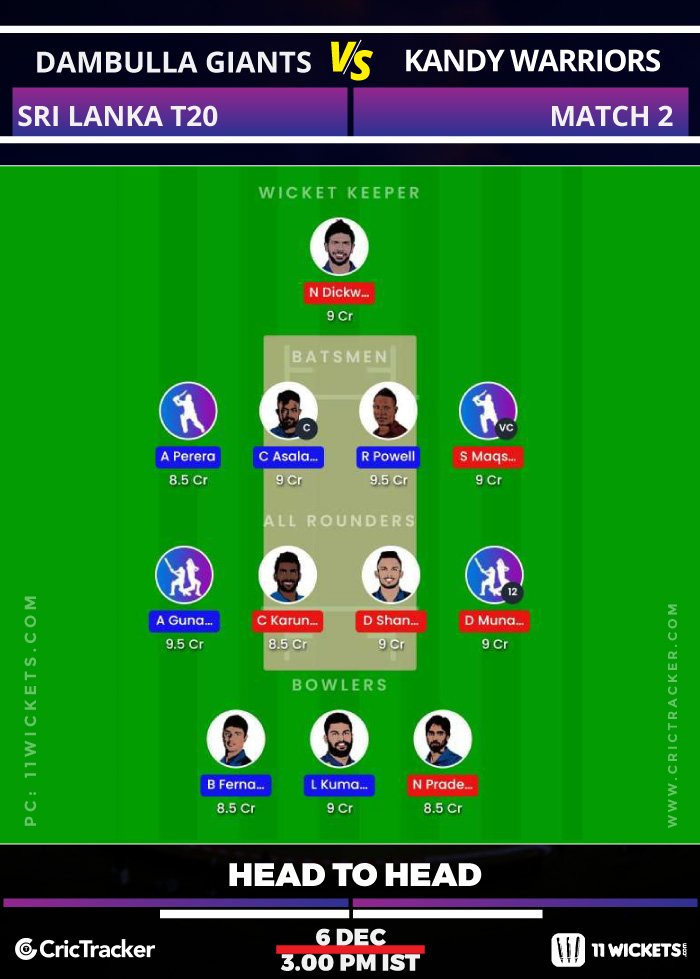 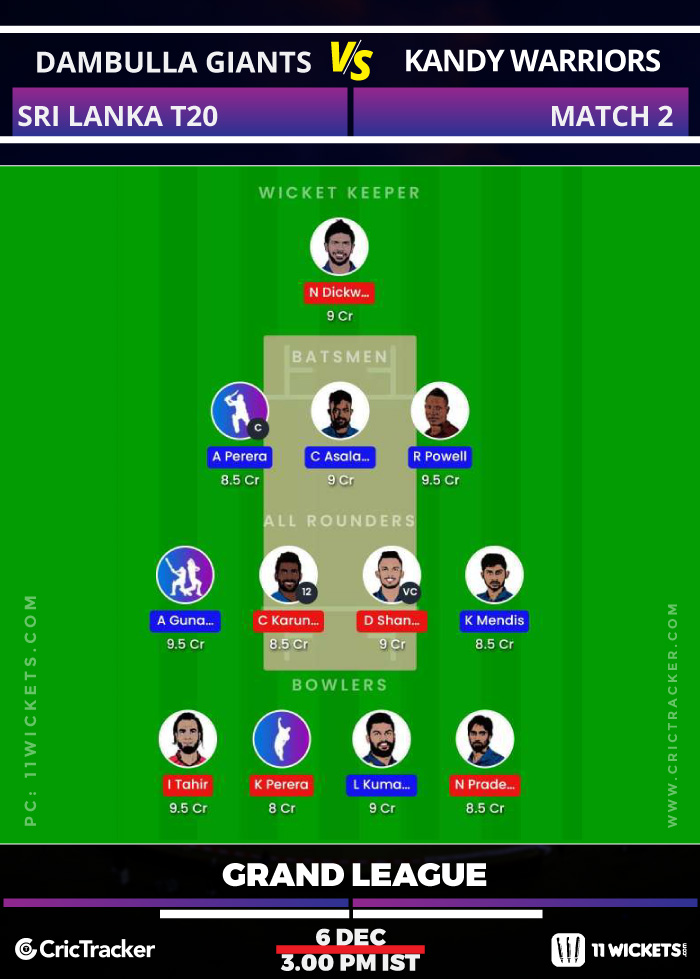