In 2014, she had sent a wedding-proposal to Kohli.

Danielle Wyatt is of the most explosive batswomen England have ever produced. She has an experience of 61 ODIs and 83 T20Is in which she has racked up 746 and 994 runs respectively. Wyatt is only the second batswoman to notch as many as two centuries in the shortest format. Over the course of her career, she also has developed a fondness for a number of cricketers, Virat Kohli is one of them.

The women’s prodigy can mostly be seen commenting on his updates surrounding different matters. In 2014, she had sent a wedding-proposal to Kohli. In the same year, the Indian captain gifted her a bat during a warm-up match between India and England. She later used the bat to score her second T20I century at the Brabourne Stadium in Mumbai.

Later, she posted the picture of the willow on the social media. During this year’s IPL, she was asked about the team she was rooting for and she replied with the Royal Challengers Bangalore. Virat was the skipper of the franchise and they were knocked out before the playoffs itself. She is also an active participant in the social media and has quite a significant amount of followers.

In the meantime, a fan popped in with a question regarding the next time she will meet the Delhi-born cricketer. The fan asked, “When are you meeting Kohli in person again? Wyatt had a witty reply in store and said, “Of course this was the first one” 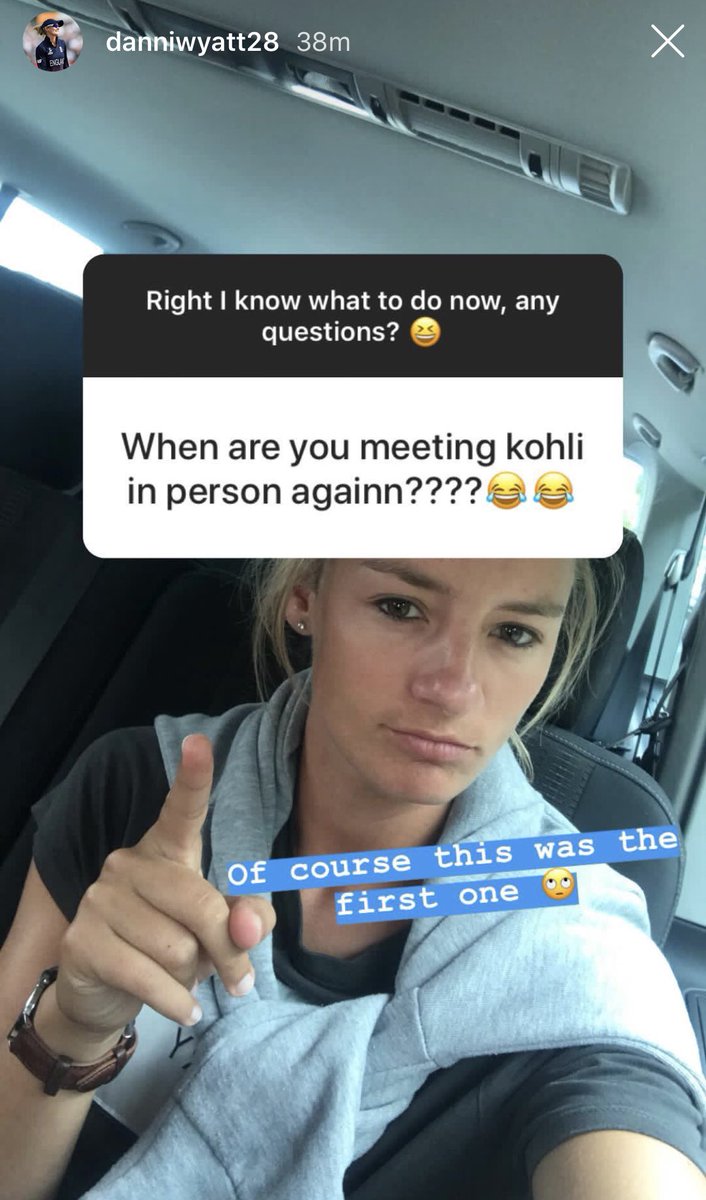