Shammon Hooper has been doing well with his all-round abilities.

The upcoming game of the Vincy Premier League 2021 is arguably going to be one of the most exciting games of the competition. Both Dark View Explorers and La Soufriere Hikers have played excellent cricket in this competition.

They both have played eight games and have won six games each. The only thing that separates the two teams is the net run rate, which keeps Dark View Explorers at the top of the table. Both teams have got quality players in their ranks.

The Arnos Vale Ground will help the batsmen. Anything around 100 will be a good total on this ground.

Also Read: PSL 2021 was not postponed because of me and Wahab Riaz: Daren Sammy

Shammon Hooper has been doing well with his all-round abilities. In only his last five games, he has scored around 150 runs and has also picked up 6 wickets.

Deron Greaves is another Explorers player who has had an all-round influence. He has scored nearly 100 runs and has been successful at picking up wickets in his last 5 matches.

Dillon Douglas has been the leader of the batting contingent of the Hikers. He has scored over 175 runs in his last five games. 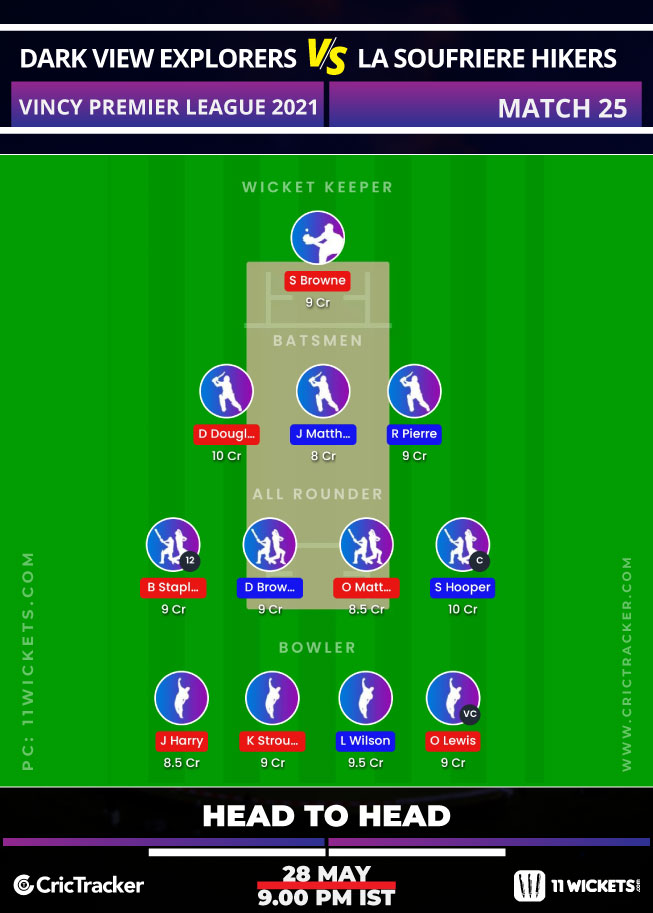 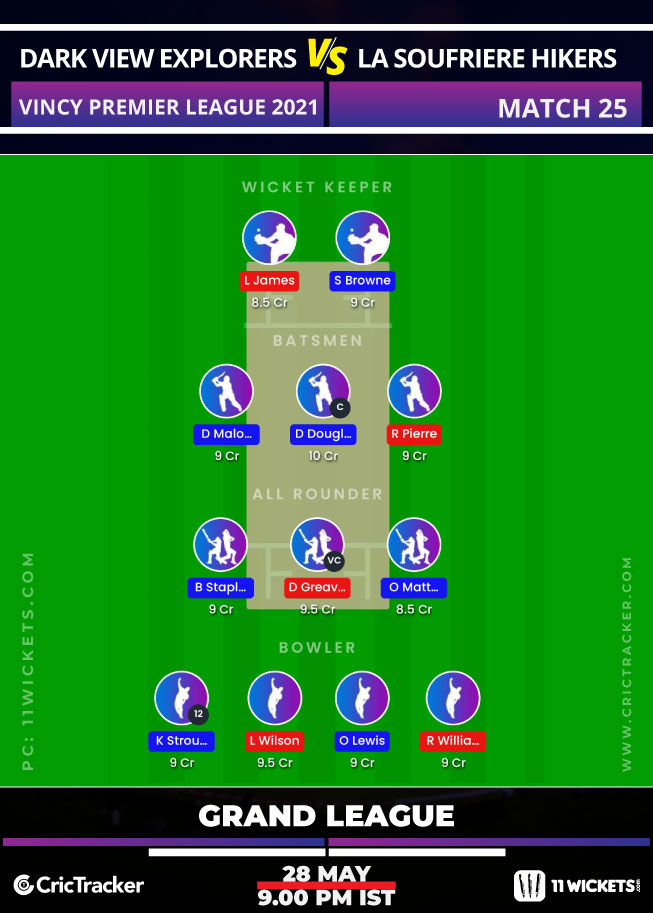