James Seymour and Jacob Thorne are ideal captaincy options for this match. 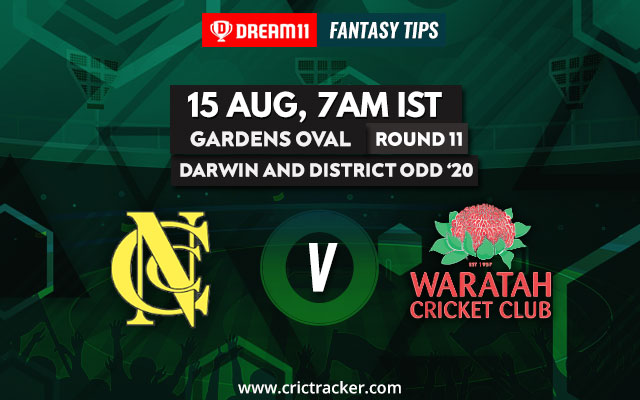 The Round 11 match of the Darwin and District ODD between Nightcliff CC and Waratah CC will be played at Gardens Oval.

The round 11 matches of the Darwin and Districts ODD will be played on Saturday. Nightcliff CC and Waratah CC will lock horns in one of the matches at the Gardens Oval. The Nightcliff CC are coming off a horror of a game against the Southern Districts CC where they could manage only 107 runs batting first. The Waratah CC, on the other hand, chased down 192 in the last game against the Darwin CC and will be keen to continue their good work.

There is a little chance of rain in the lead up to the match. But the sun is expected to come out later in the day and there shouldn’t be any interruption.

The last two matches at the venue have proved that the pitch here is a decent one to bat on compared to the other venues. 191 and 237 are the scores team batting first registered and the former total was chased down as well.

Isaac Conway of Waratah CC has been the second highest run-getter of the tournament with 388 runs to his name in nine outings. James Seymour follows him at number three in the list having amassed 354 runs in the same number of matches. He has also picked 14 wickets which makes him an ideal captain option. Udaara Weerasinghe is another brilliant all-rounder. He has scalped 21 wickets so far and has also scored 141 runs in seven innings with the bat. Madura Weerasinghe is another good all-rounder having picked 13 wickets and scored 138 runs in the tournament.

For the Nightcliff CC, Jacob Thorne has been the best player scoring 291 runs and picking 10 wickets. Phillip Hull is the best bowler for them as he has accounted for 14 wickets so far while his bowling partner has picked 13 wickets. Jhiah Baxter is another decent batsman for them. He has mustered 196 runs in 8 innings and mostly opens the innings. 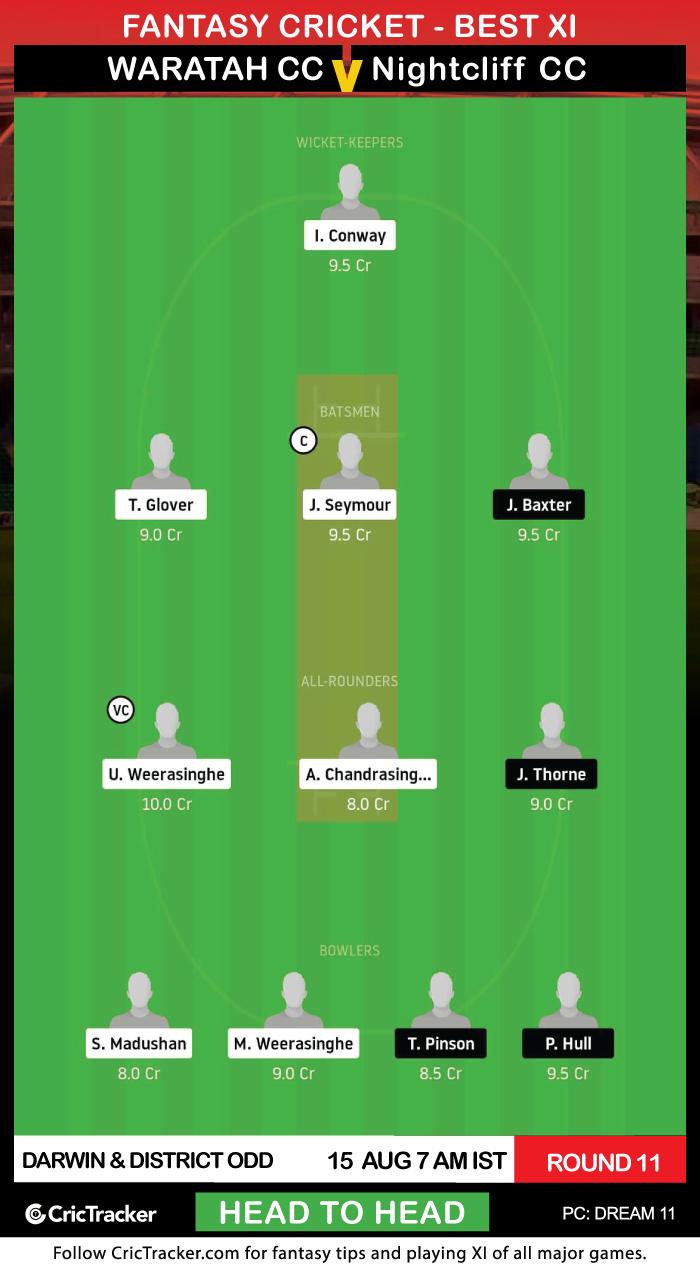 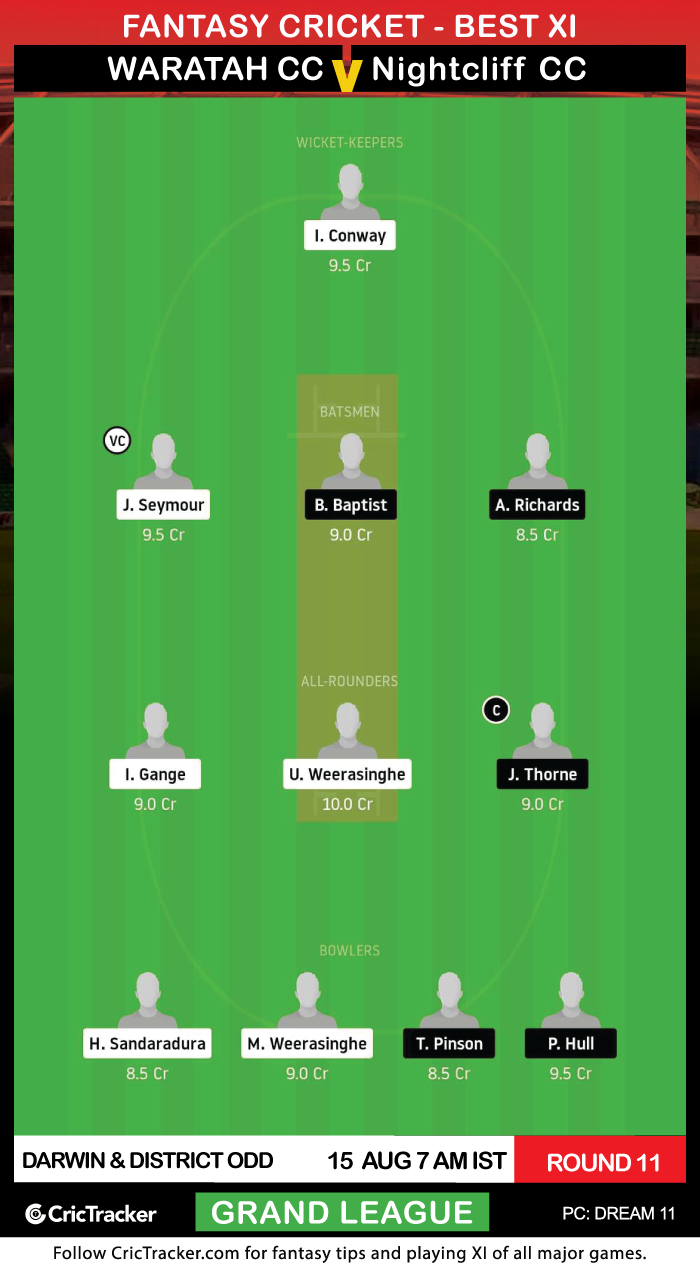 Picking more all-rounders is a way to go in this match as a decent surface will be on offer and most of them will get to bat and bowl.

Waratah CC is predicted to win this match.