Connor Hawkins has 13 wickets to his name across nine games in this competition at an average under 20.

The 12th Round match of Darwin and District ODD 2020 will be played between Darwin Cricket Club and Southern Districts Cricket Club at the Kahlin Oval in Darwin.

Southern Districts Cricket Club have been brilliant in the Darwin and District ODD as they won all the nine matches they played thus far. In their 10th game of the tournament, the Southern Districts CC will be up against the Darwin Cricket Club. The Darwin team is currently placed at No.5 position having won only three matches. However, they can fancy winning chances on Saturday as the Darwin CC team won all their three matches at the Kahlin Oval where they played a total of four games in this season.

The skies at the Kahlin Oval are expected to be clear without any clouds on Saturday morning.

The Kahlin Oval in Darwin has hosted four matches in this competition where the home team batted first in all four games. They won in three of the four games after posting 180+ totals and lost after bowling out for only 107.

Luke Zanchetta has picked up 14 wickets from nine matches in the tournament alongside scoring 109 runs.

Connor Hawkins has 13 wickets to his name across nine games in this competition at an average under 20.

Michael Ninneman has picked up ten wickets across nine matches in this tournament with help of a 5-wicket haul. 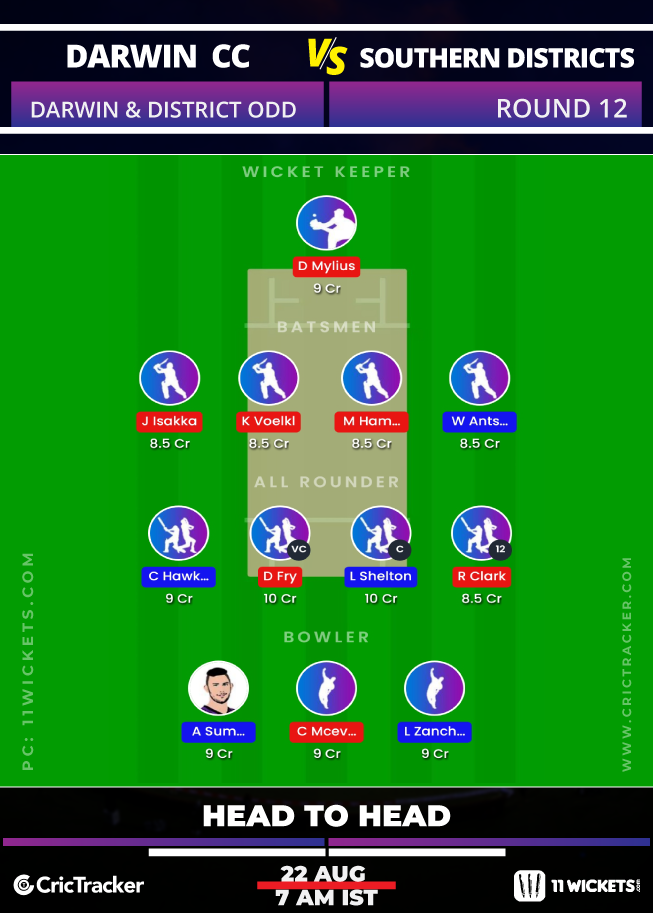 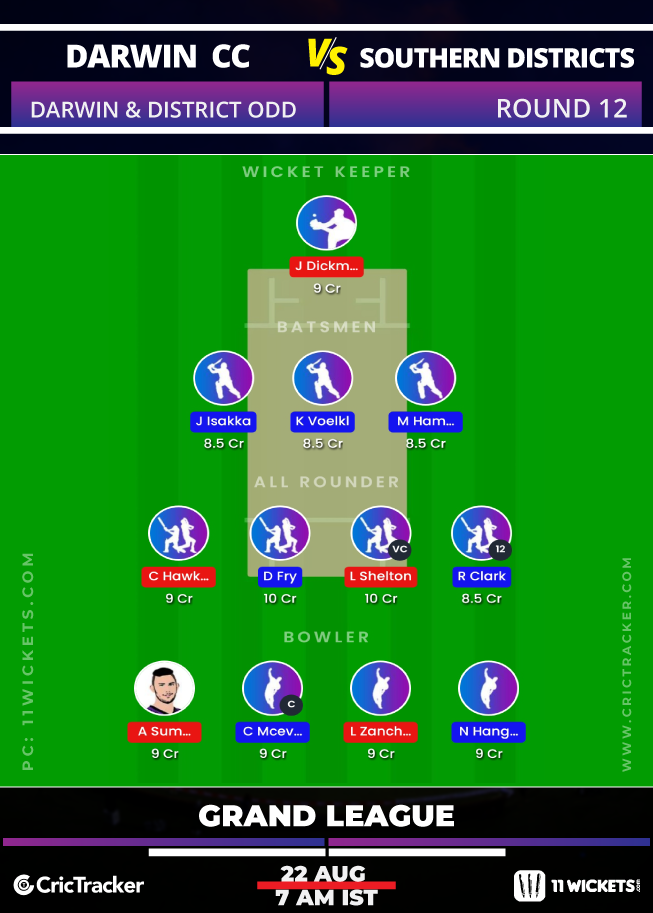 The playing XIs of both the teams for this match has been announced. Some of the players who have been picked by a higher number of fantasy teams are missing from the XIs. Hence, fantasy players can follow the XI mentioned in our article and carefully chose players.

The Southern Districts CC is expected to cruise to their 10th successive win of the tournament.