James Seymour and Baxter both open the innings for their respective teams but have failed in the last match. The ongoing Darwin ODD tournament will see Waratah CC and Nightcliff CC lock horns in one of the round 4 matches. The teams are coming into this game after contrasting results in the last outing. While WCC won their previous game handsomely and have won all three matches so far, the NCC have struggled after their win over TVCC in the first round.

It will be cloudy in the morning in Darwin but there is no rain in the forecast during the match.

The pitch is heavily in favour of the bowlers and expect the trend to continue in this match as well. The team winning the toss is expected to bowl first.

As expected, it was an extremely low scoring game with the team batting first scoring only 131 runs. Even the chasing side lost seven wickets and expect the bowlers to enjoy their stay in the middle.

Average first innings score: 131 (in the only One-Day played so far)

Adi Dave has so far scored 53 runs and picked five wickets which makes him a must-pick. Apart from Jacob Thorne impressed everyone with his 25-run knock and then returned with 2/12 with the ball. Phillip Hull is the top bowler for WCC with 11 wickets to his name. From the NCC, you should have Isaac Conway in your team. He has so far scored 124 runs in three outings. Apart from him, Weerasinghe brothers and Ishara Gange are also top picks. 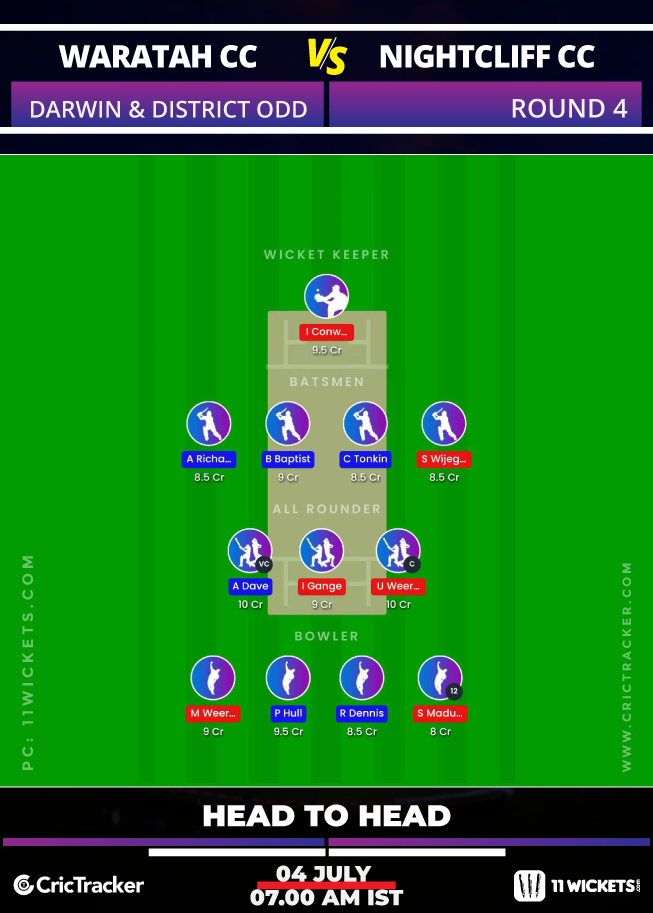 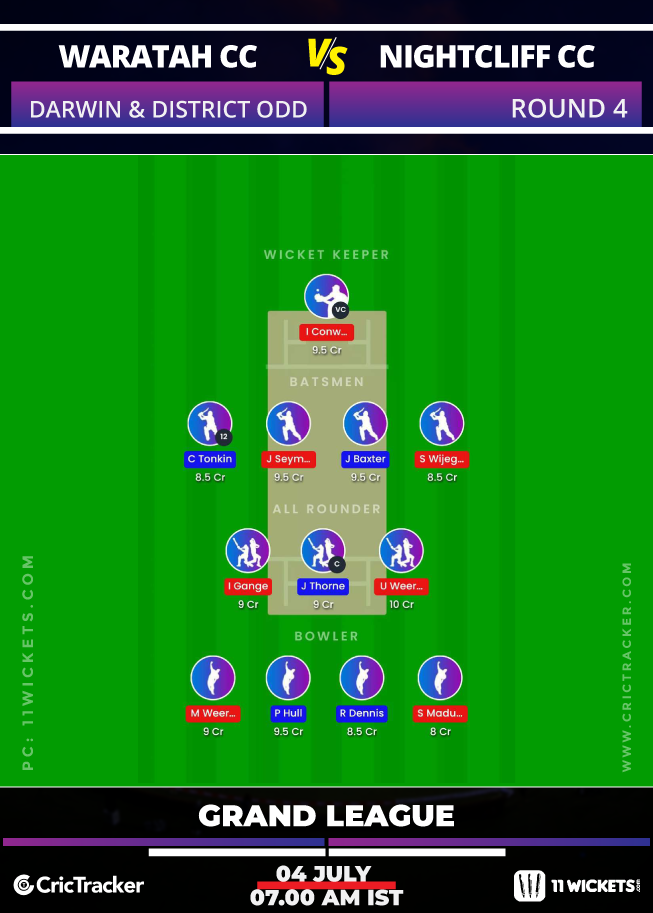 James Seymour and Baxter both open the innings for their respective teams but have failed in the last match. Rather Seymour has failed in all three matches. But they can make a strong comeback in this match and can be picked in GLs.