Brilliant bowlers Cameron Hyde and Ryan Dennis will not be playing this match. Don't pick them in your Fantasy team. 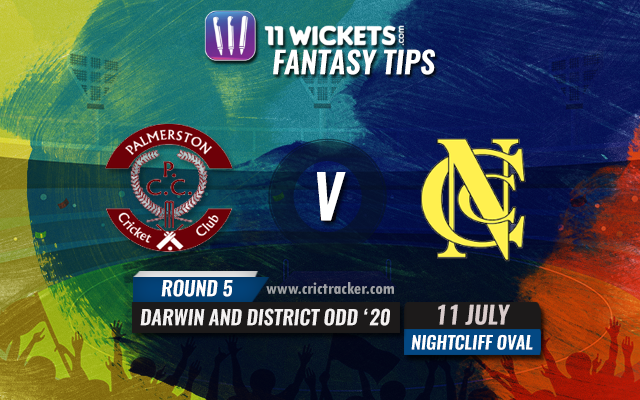 The round 5 match of the Darwin and District ODD between Nightcliff CC and Palmerston CC will be played at the Nightcliff Oval.

The Nightcliff Cricket Club will face off against the Palmerston Cricket Club on Saturday in one of the four Round 5 matches of the Darwin and District ODD. They have only won a solitary match so far in four outings and are desperate for a victory with not many rounds left in the competition. The Palmerston CC are in a much better position having won a couple of matches so far and are the favourites in this game too.

There is no chance of rain with sun expected to be out through the afternoon.

The surface at the Nightcliff Oval seems to be balanced. In the previous game at the venue, 190 was comfortably chased down and similar kind of scores are expected.

Jacob Thorne scored 67 runs in the previous outing and has also picked up three wickets so far in the tournament. Baxter has mustered 124 runs in four matches and opens the innings too. Phillip Hull and Richards are the other top picks. For the PCC, Kieran Toner is the best pick. He has picked 10 wickets so far and opens the innings as well. Hamish Martin and Bimbral are the other top players in the team. 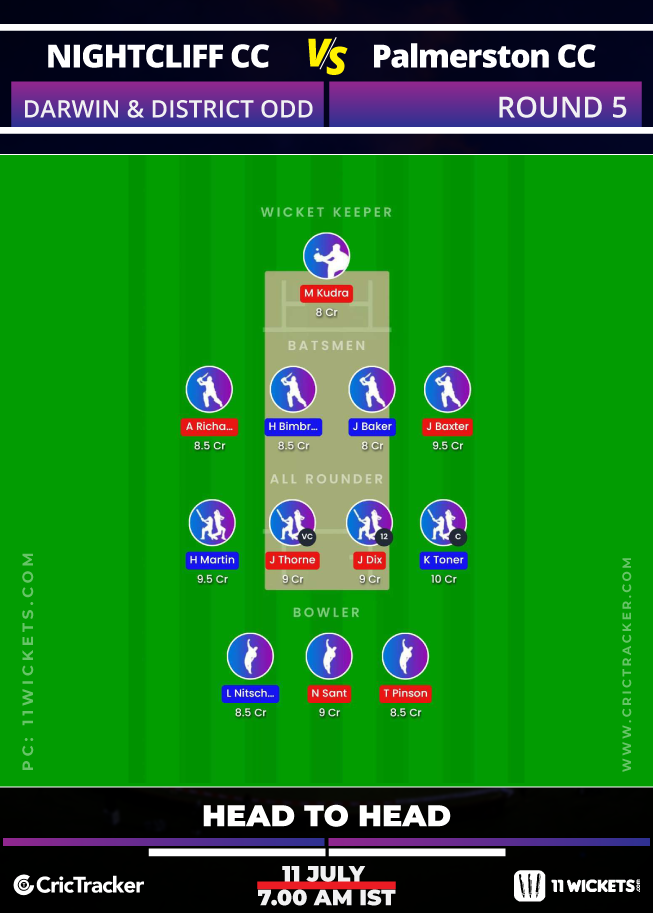 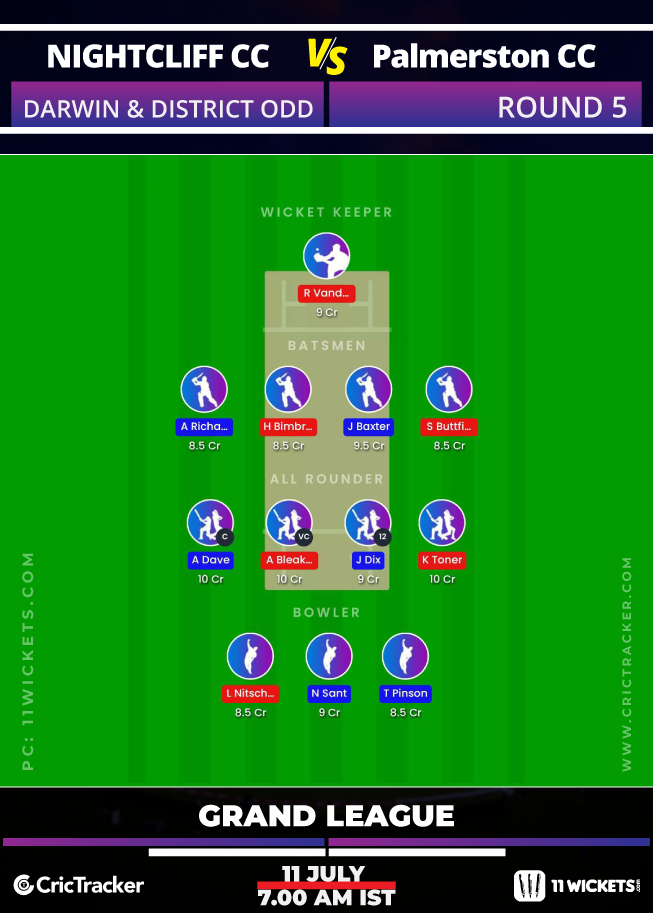 Brilliant bowlers Cameron Hyde and Ryan Dennis will not be playing this match. Don’t pick them in your Fantasy team.

Palmerston CC is expected to win this match.