Coby Edmondstone is a very good all-rounder but the other all-rounders in this match are better than him. Evenhe can be picked and made VC in GLs. 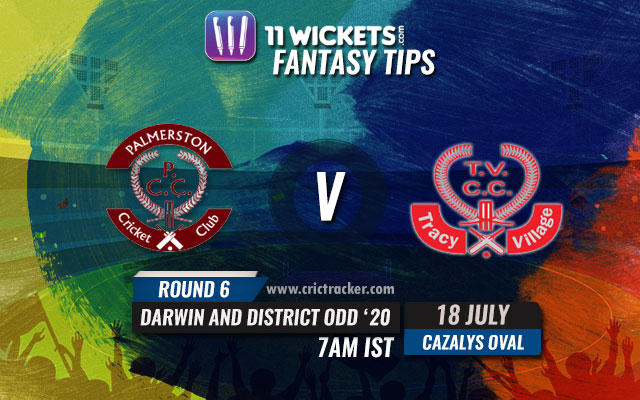 The Round 6 match of the Darwin and Districts ODD 2020 between Palmerston CC and Tracy Village CC will be played at the Cazalys Oval.

This match starts at 11 AM local time (7 AM IST) (1:30 PM GMT). There is no live streaming of this match available in India.

Round 6 matches of the ongoing Darwin and District ODD will be played on Saturday. One of those games will see the Palmerston CC locking horns against the Tracy Village CC at the Cazalys Oval. While the PCC is coming off a stunning victory into this match against the Nightcliff CC, their opponents Tracy Village CC failed to gun down 153 runs and got bowled out for just 110.

There is no chance of rain at all in this match with the sun expected to be out from the morning itself.

In two one-day matches at the venue this season, the team batting first has managed to score only 154 and 96 runs. Interestingly, both the scores haven’t been chased either.

Kieran Toner is a very good bowler having picked 14 wickets so far but he is inconsistent with the bat. Hamish Martin has accouned for six scalps thus far while Alex Bleakley is coming off a ton in the last match. Kyle Scrimegour is one of the best players for TRV in this tournament. He has picked up eight wickets thus far while Coby and Balkwil are the other top players for this match.

Coby Edmondstone is a very good all-rounder but the other all-rounders in this match are better than him. Evenhe can be picked and made VC in GLs.

Palmerston CC is expected to win the match.