Aritharan Vaseekaran has been a good all-rounder for his team in this tournament.

The Dusseldorf Blackcaps will take on the Bayer Uerdingen Boosters unit in the Quarter Final 2 of the ECS T10 Krefeld tournament. The match will be streamed live on FanCode.

As the European Cricket Series 2021 Krefeld moves ahead, we will witness the Dusseldorf Blackcaps and Bayer Uerdingen Boosters tussle against each other in the second Quarterfinal of the tournament. On the paper, one would feel that Dusseldorf Blackcaps are overwhelming favorites, which isn’t true.

Captaincy Picks for DBS vs BUB

He has been able to cross 20 runs in all his last three innings. He has a knack of delivering with both the bat and ball. In the last four innings of this tournament, he has scored 86 runs. In the last five matches, he was also able to pick up six wickets, which makes him an effective player.

Aritharan Vaseekaran has been a good all-rounder for his team in this tournament. He has delivered on key occasions. In the last match, he scored 61 runs from 25 balls, which was a brilliant inning. He has also managed to take three scalps in his last five matches. 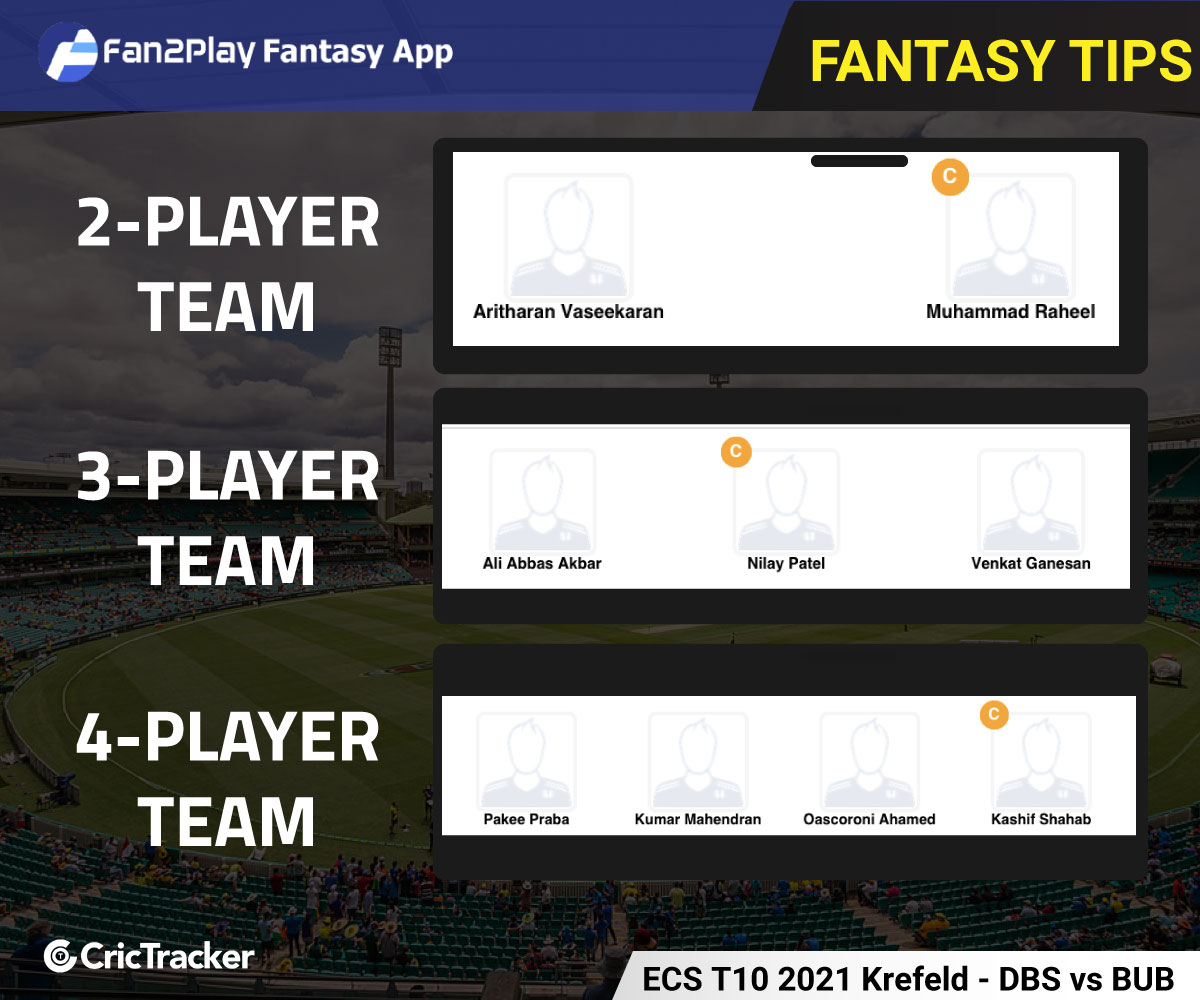 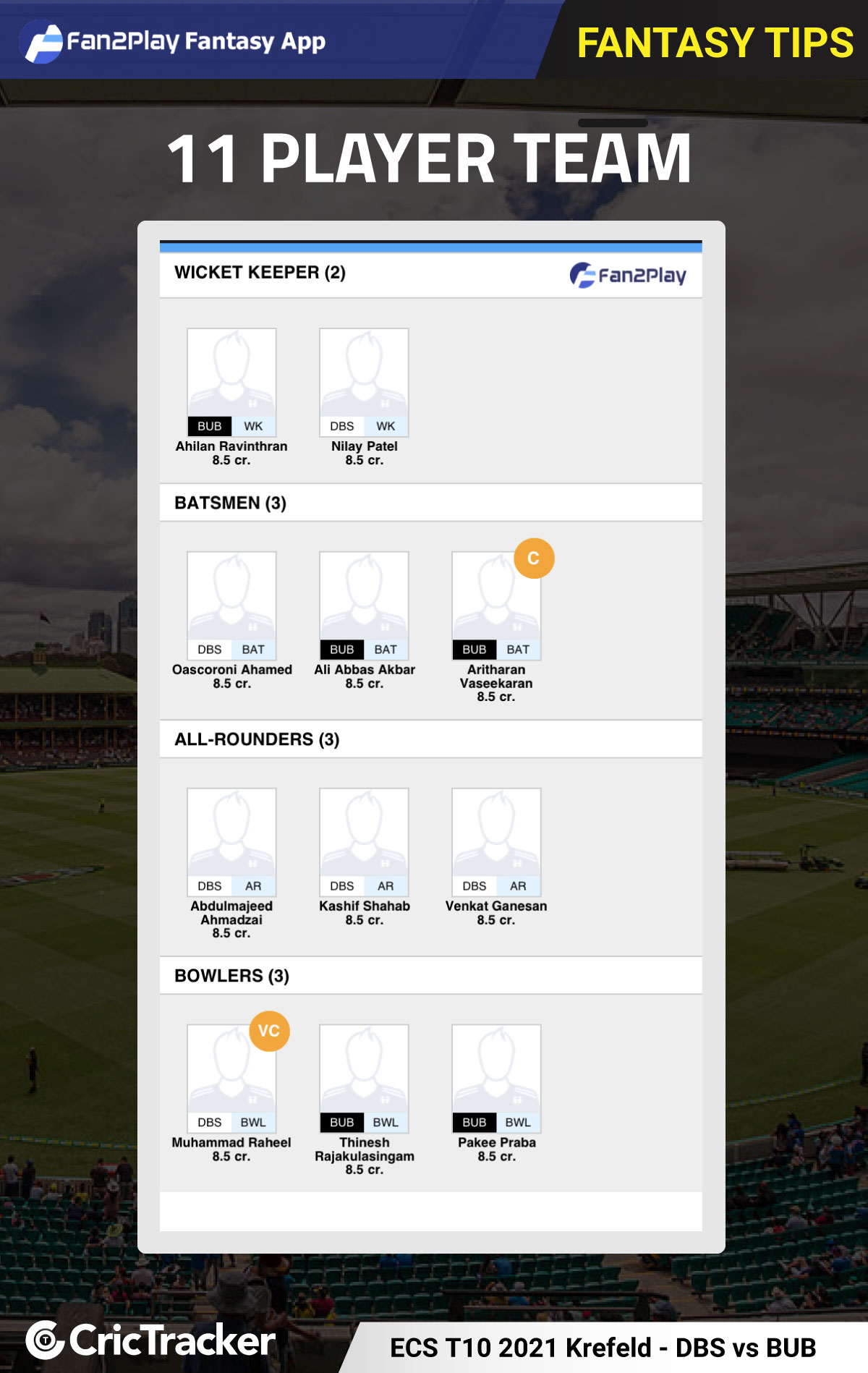