Delhi Capitals have won 4 out of last 5 matches against Chennai Super Kings. 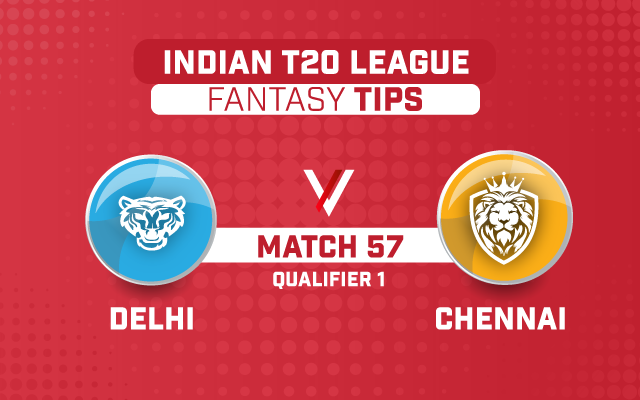 Delhi Capitals will square off with Chennai Super Kings in Qualifier 1 of the IPL 2021 on Sunday. Capitals had a fabulous journey in this IPL, where they finished at the top of the table with 20 points and qualified for the playoffs for the third time in a row. They have got match-winners in every aspect of the game and even their bench is extremely strong, which makes them one of the favourites to win this tournament.

Chennai Super Kings, on the other hand, finished second in the standings with 18 points. They are a bit out of shape at the moment, having lost 3 consecutive matches on the trot and missed out on the opportunity of finishing at the top of the table. They have got various reasons to smile in this IPL, as they found one of the extremely talented openers Ruturaj Gaikwad who had an excellent run with the bat. Whoever wins will directly seek into the finals, whereas the loser will get one more opportunity in the form of Qualifier 2.

The wicket has been outstanding throughout this IPL and has provided some nail-biting contests. It’s not been easy for the batters to score more than 9 runs an over. The quick bowlers can make the most of the fast-paced track to the maximum extent.

Shikhar Dhawan stands out with his typical batting performances in this edition of the IPL. ‘Gabbar’ has scored 544 runs in 14 matches at an average of 41.84 and has placed himself at the third position in the list of leading run-scorers.

Ruturaj Gaikwad has impressed the cricketing fraternity with his sensational batting masterclass in this IPL. He is fourth on the list of leading run-scorers in this tournament, with 533 runs in 14 matches.

Axar Patel bowled quite well in the last match against RCB, but was pretty unlucky as catches were dropped off his bowling. In only 10 matches in this IPL, he has picked up 15 wickets at an economy of 6.43.

Ravindra Jadeja is a must-buy for your fantasy teams on any given day. He gives his one hundred per cent every time. So far in this IPL, he has scalped 10 wickets and has also scored 227 runs at an average of 75.66.

Anrich Nortje has been fierce, and the batters have struggled a lot against him in this IPL. The South African quick has picked up 9 wickets in 6 matches at an excellent economy of 5.59.

Shardul Thakur is a wicket-taking bowler for Chennai Super Kings. He has picked up the most wickets for his side in this edition, with 18 scalps in 14 matches at an economy of 8.57.

Rishabh Pant hasn’t fired with the bat in the last couple of matches. He is fearless and has got great bat swing, which makes him one of the dangerous batters to bowl to. In 14 matches in this edition, he has scored 362 runs at an average of 32.9.

DC vs CSK Must Picks for Dream11 Fantasy Cricket: 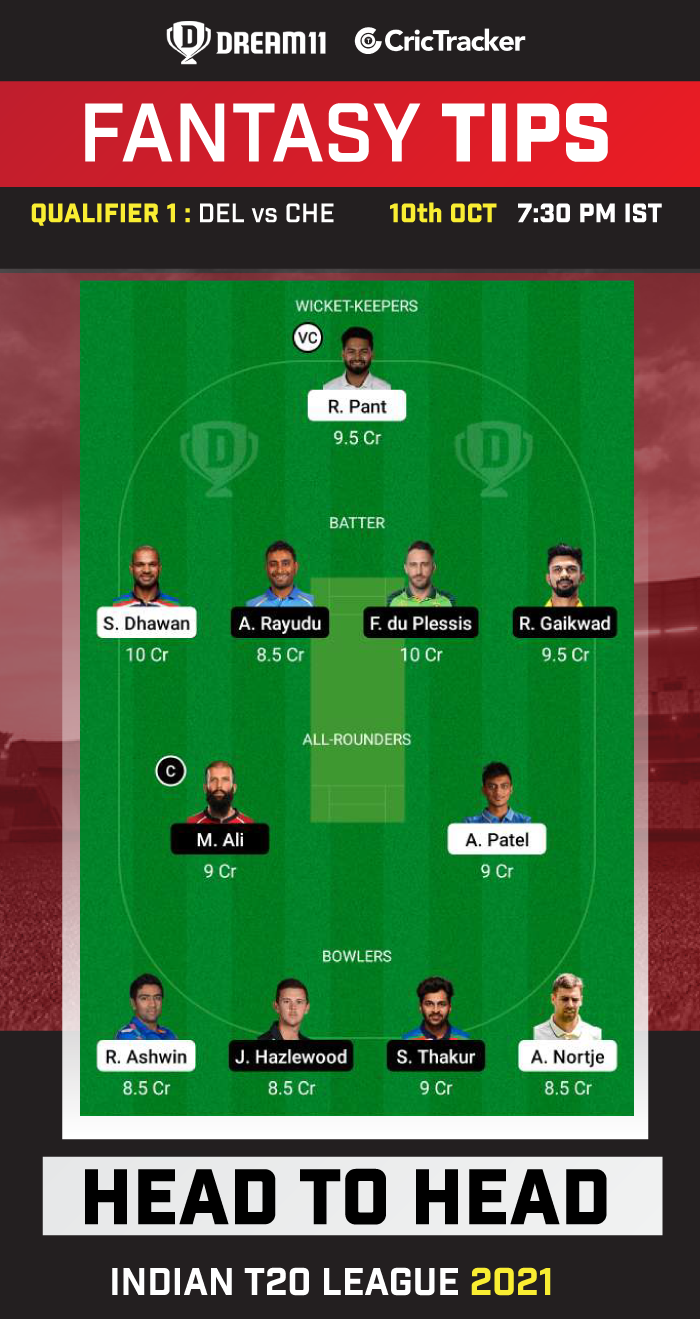 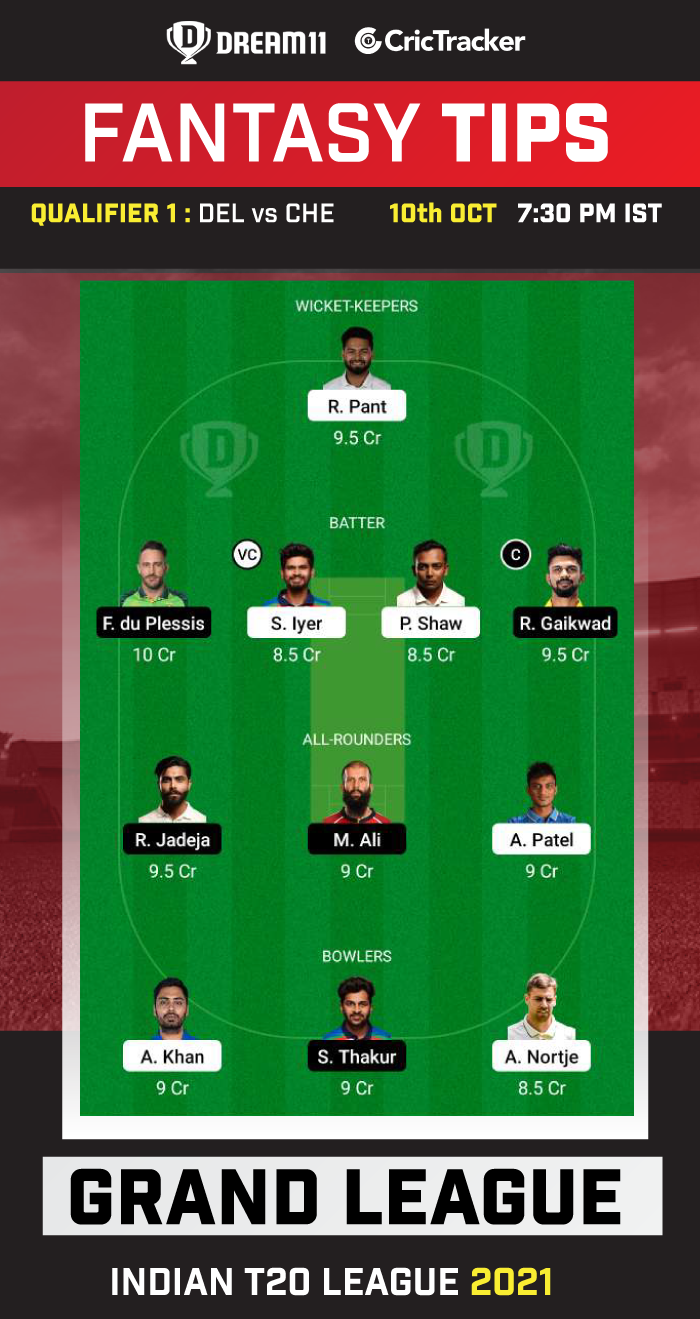 Prithvi Shaw played extremely well in the last game against RCB for his 48 runs from just 31 balls. Overall in this tournament, he has scored 401 runs at an average of 30.84. He is a risky captaincy pick for your fantasy teams.

Ambati Rayudu can play handy cameos in the end and also has the ability to build innings as well. He averages 32 with the bat in this tournament and you can take a risk and pick him as your fantasy team captain.

MS Dhoni hasn’t looked comfortable at all at the crease in this IPL. Considering his current form, it’s better to avoid him while making your fantasy teams.