The likes of David Warner, AB de Villiers and Virat Kohli will be in action on Saturday. 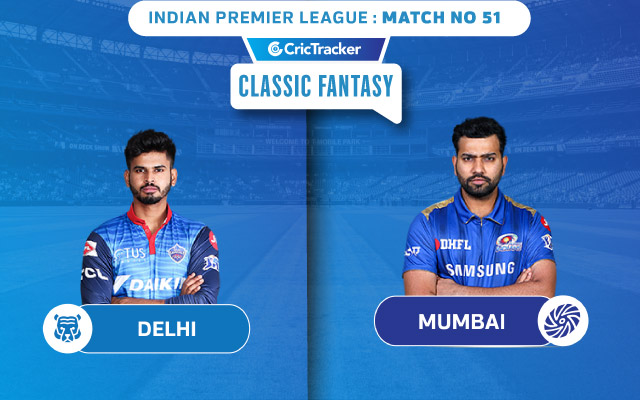 Two crucial matches for top three spots will be played during the Saturday’s doubleheader in the 2020 Indian Premier League (IPL). The defending champions Mumbai Indians are the only side to qualify for the playoffs thus far. Unless they lose both their remaining matches by a big margin, they won’t be finishing outside of top two. However, a win against Delhi Capitals will seal the top spot in the points table. In Sharjah, Sunrisers Hyderabad faces RCB which is a do-or-die affair for them.

Schedule logistics around DC vs MI & RCB vs SRH

With the league phase coming to an end, we can use the leftover transfers. At least 3-4 transfers can be used for Saturday’s doubleheader which will help us have at least seven players from Match No.51 and 52. We can use up to four transfers for the last doubleheader of the season in the IPL.

Whom to pick in DC vs MI?

There is a possibility of Mumbai Indians resting a few players keeping an eye on playoffs. The likes of Trent Boult and James Pattinson would be among them and so could be Rahul Chahar to test out spin options who have been benched through the tournament thus far. Hence, we have only picked Quinton de Kock, Suryakumar Yadav and Jasprit Bumrah in our side from MI squad.

Who will succeed in RCB vs SRH?

The middle overs have been pretty dry for the RCB team this season in the presence of Virat Kohli and AB de Villiers. The power pair have preferred to play with a defensive approach against spinner during this period costing them a couple of matches of late. With Rashid Khan in the SRH line up, we might not have both the players provide big returns.

David Warner got back to his attacking form and is expected to do well against RCB due to his great record against the franchise. Jasprit Bumrah, in the current form, could well run through the Delhi’s batting. Hence, the star players have been picked as captain and vice-captain by us. 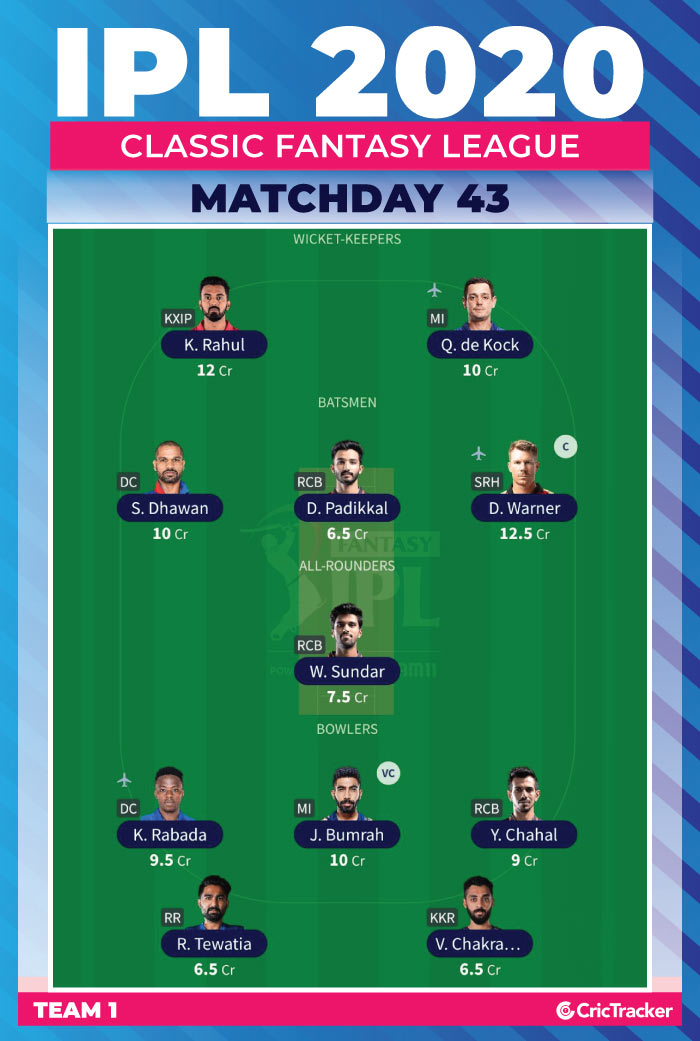 We have picked as many as nine players for the Saturday’s doubleheader as we have ten more transfers for the last three matchdays in the league phase. Suryakumar Yadav is our captain of fantasy team as he scored an aggressive fifty against DC in the earlier fixture and is fresh of an unbeaten 79-run knock against RCB. 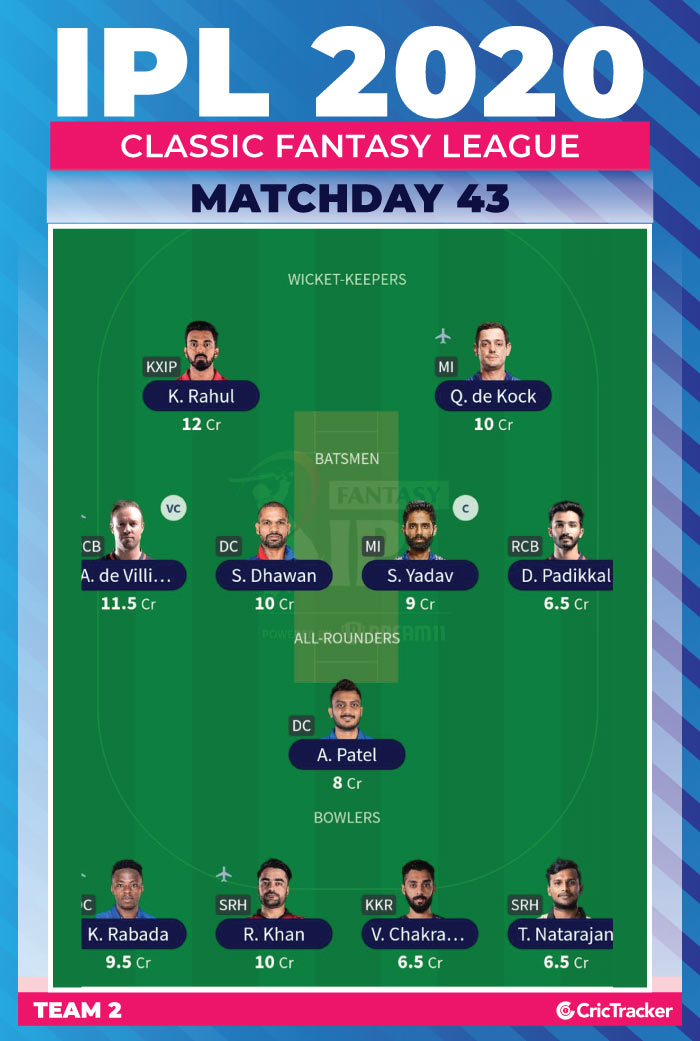