After CSK vs KKR game, Mumbai Indians have become the first team to qualify for playoffs. 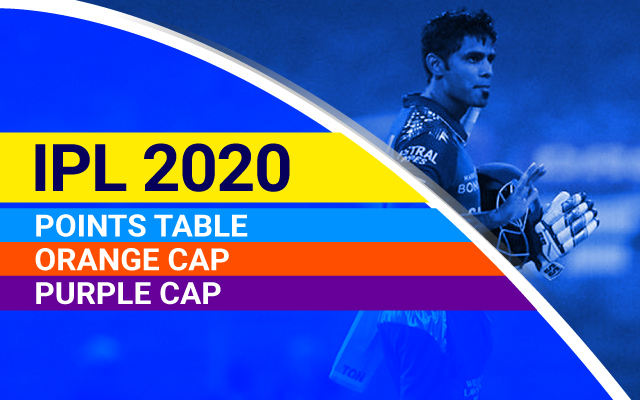 The 49th match of the Indian Premier League saw action in Dubai between Chennai Super Kings and Kolkata Knight Riders. While it was just a regular match for CSK, for KKR it was of prime importance to strengthen their playoffs spot. CSK spoiled the fun for KKR by defeating them by six wickets. Batting first, KKR posted a fine score of 172/5 on the board, and it was Nitish Rana, who became the very backbone of KKR’s batting line. He produced a magnificent 87 off 61.

Ruturaj Gaikwad was named as the player of the match as he led CSK home for the 2nd time in a row. Shubman Gill contributed 26 runs off his bat to push the team’s score towards a decent spot. Ravindra Jadeja was the economical bowler from Chennai’s bowling unit and picked a wicket too. Lungi Ngidi played after a long time and showed some fine form by getting two scalps.

While hunting down the target, Shane Watson left the pitch too quickly before helping the team. Young Gaikwad showed stellar form as he produced 72 off 53 with six fours and two sixes. Cameos from Ambati Rayudu (38 off 20) and Ravindra Jadeja (31* off 11) accelerated the team’s innings like a fire. Pat Cummins and Varun Chakravarthy picked two wickets each for the KKR team.

After CSK vs KKR game, Mumbai Indians continue to keep their top position in the points tally and have become the first team to qualify for playoffs. Next on the list are Royal Challengers Bangalore at 2nd spot. Delhi Capitals have moved to the third position while KXIP have jumped to the fourth slot. Three spots are still open for playoffs.

KL Rahul keeps possession of the Orange Cap, with 595 runs in his bag. He is followed by Delhi’s ace batsman Shikhar Dhawan who has amassed 471 runs. 3rd and 4th slots are held by David Warner and Virat Kohli in the race for Orange Cap. Kagiso Rabada continues to keep the purple cap with 23 wickets under his belt to date. Mohammed Shami and Jasprit Bumrah have 20 wickets each, while Yuzvendra Chahal has picked 18 wickets. 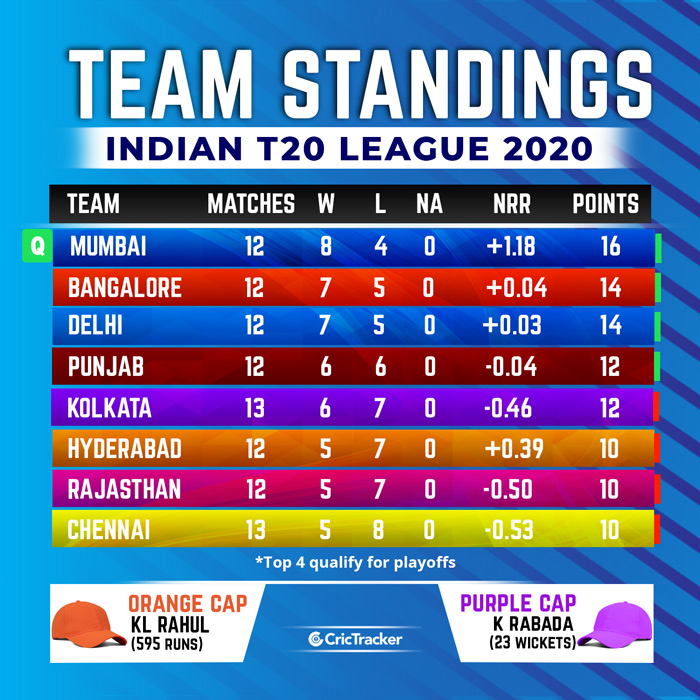