Delhi wouldn't have been able to fight in the last game, had it not been for the innings of Rishabh Pant. 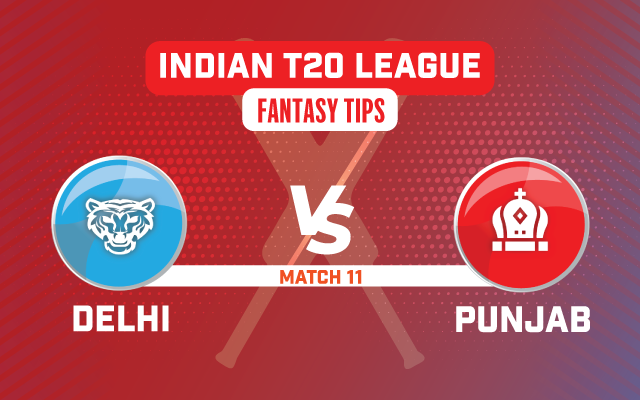 Delhi Capitals and Punjab Kings, two teams who haven’t got a chance to get their hands on the IPL trophy yet, have got off to similar starts in the 2021 edition of the competition. They both played well to start their campaign with a victory, but failed to capitalize on the momentum to get a second win in a row.

After beating Rajasthan Royals in their first game, Punjab Kings’ batting unit collapsed like nine pins in their last match against Chennai Super Kings. A similar collapse took place in Capitals’ game against Rajasthan Royals, but unlike the Kings, they fought bravely with the ball and took the game to the last over. This match will be crucial for both sides, as back-to-back defeats are something every team in IPL wants to avoid.

The Wankhede track has behaved in a strange manner in the last couple of matches. The flat batting track is suddenly helping the bowlers, and it will be interesting to see if the trend continues in this match as well.

Playing XIs for DC vs PBKS:

Shikhar Dhawan could not make a mark in the last match, but played a stunning knock of 85 runs against CSK. Before coming into the IPL, he was in spectacular form in the ODI series against England.

Chris Gayle also had a similar start, as he scored a quickfire 40 in the first match, but failed to perform in the second. But we all know how dangerous the Caribbean superstar can be if he gets going, which makes him a must pick.

Chris Woakes bowled brilliantly in both of his IPL 2021 games. He picked up 2 wickets on each game, and has conceded only 40 runs so far.

Deepak Hooda, now listed as an all-rounder, has nailed his place as the number 4 of PBKS batting lineup with his 64 off 28 deliveries against Rajasthan. One can’t blame him for the collapse against CSK, as barring Shahrukh Khan, every other batsman failed to perform.

While their new mega-money recruits Jhye Richardson and Riley Meredith have had a tough start, reliable veteran Mohammed Shami is doing a fine job. He has picked up 4 wickets in 2 games, and in the last match, he conceded only 21 runs.

Kagiso Rabada had a good start to his 2021 campaign in IPL. He picked up 2 wickets in the last match and conceded only 30 runs.

KL Rahul was unlucky to get run out in the last game, for he is in ominous touch in at the moment. In the first game, he scored 91 runs from 50 deliveries.

Delhi wouldn’t have been able to fight in the last game, had it not been for the innings of Rishabh Pant. The newly-appointed skipper scored 51 runs from only 32 deliveries.

DC vs PBKS Must Picks for Dream11 Fantasy Cricket:

Prithvi Shaw had a poor game after a long while. But if we take the RR game out of the equation, he has scored nearly 500 runs in his last 4 games before that, which includes an IPL game and 3 Vijay Hazare Trophy matches. He can be a risky captaincy pick.

Chris Woakes can be a differential captaincy pick, given his stupendous form. Besides picking up 4 wickets, he also scored 15 runs in the last game.

Ajinkya Rahane’s current form in T20 cricket is poor. He hasn’t scored a single 10+ score in his last 5 T20 games and can be avoided for this match.