Delhi and Bangalore look to confirm their spot in the playoffs on Monday. 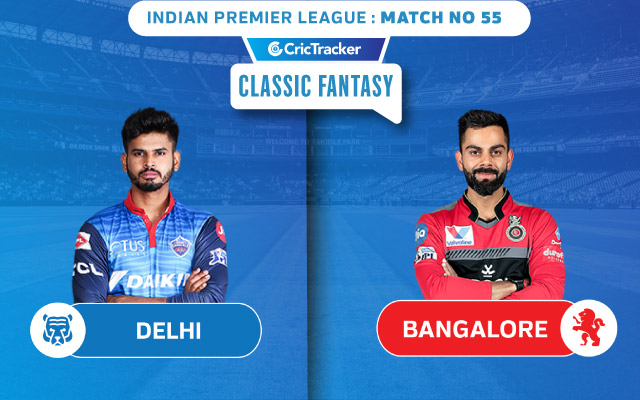 The most crucial game of the 2020 Indian Premier League (IPL) league stage will be played on Monday when Delhi Capitals faces the Royal Challengers Bangalore. The two teams are aiming for a win which will give them the chance to seal the No.2 spot and play the qualifier one. The losing team has to ensure they don’t lose by a big margin and fall behind Kolkata Knight Riders on NRR.

Schedule logistics around DC vs RCB

With only DC, RCB, SRH and MI left to play matches, we can remove the players of remaining teams. We have made a couple of transfers and ensured at least five players from DC and RCB will be in our both fantasy teams.

Wil Rabada bounce back during DC vs RCB?

Kagiso Rabada was on a streak of 25 matches in the IPL where he picked up a wicket until last week. However, he failed to pick a wicket in the last two games and is yet to claim a wicket in the powerplay overs as well. But against RCB, the speedster could come out good as he claimed two 4-wicket hauls in three games against them.

Abu Dhabi was on the slower side on a used pitch during Sunday’s fixture and same is expected during DC-RCB game. Yuzvendra Chahal, in current form, will be a good option as vice-captain as he is picking wickets almost every match. 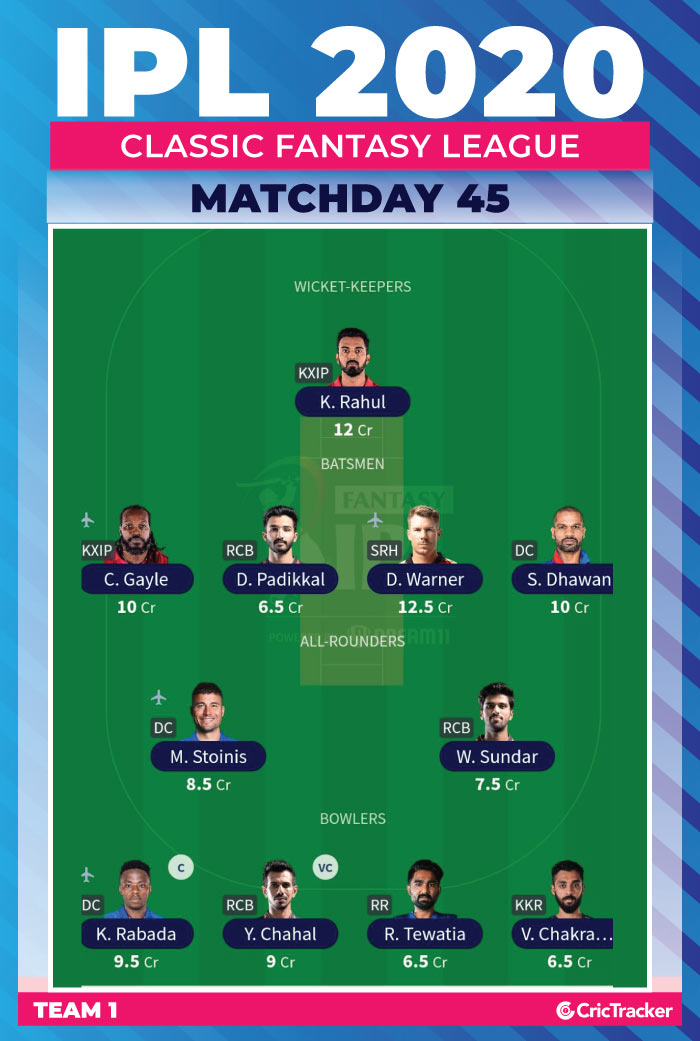 Among Virat Kohli and AB de Villiers, the latter is the better option to tackle Delhi’s bowling. DC could be bringing in Axar Patel who can be a perfect pairing with Praveen Dubey against the right-handers. Marcus Stoinis is regularly bowling two overs every game and will be a good option as vice-captain if Delhi’s batting collapses again. 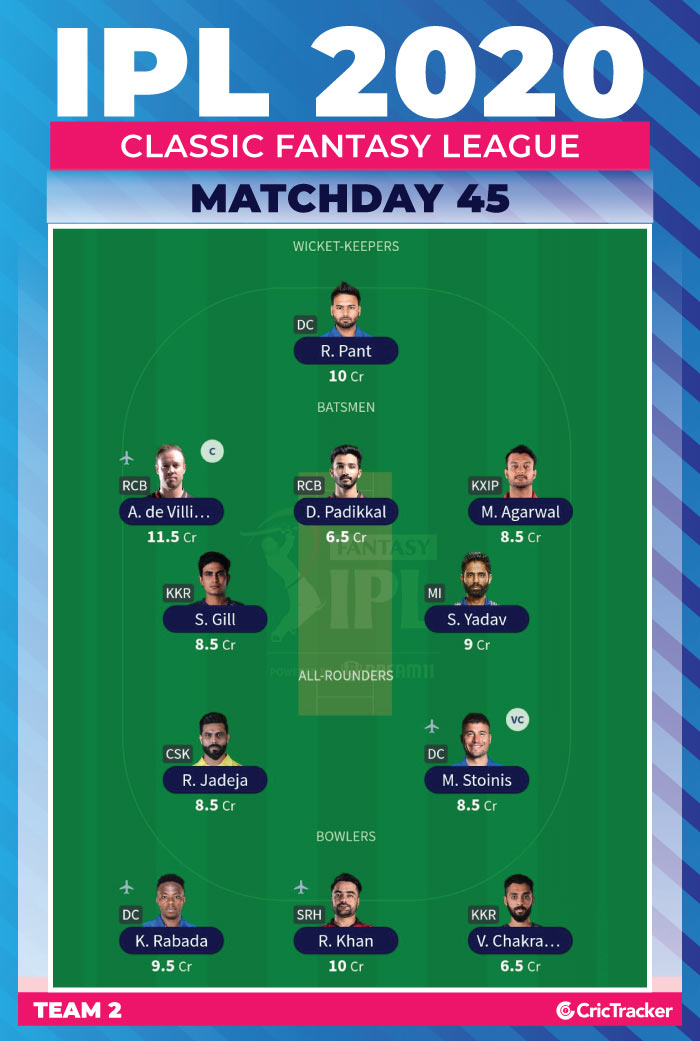